Speaker: General James Mattis In the Midst of the Storm: A US Commander's View of the Changing Middle East 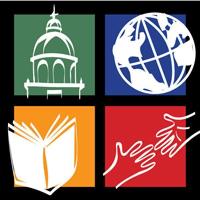 Gen. James Mattis, retired commander of U.S. Central Command, will be the Class of 1950 Senior Foreign Affairs Fellow this fall at the Dickey Center for International Understanding. Mattis, a 41-year veteran of the U.S. Marine Corps, retired in March as commander of CENTCOM, which covers American military activities in the Middle East and Western and Central Asia, including Afghanistan, Egypt, Iraq, Iran, and Syria.

“I am delighted that Gen. Mattis is joining us this fall,” says Daniel Benjamin, Director of the Dickey Center. Before coming to Dartmouth, Benjamin served as the U.S. State Department’s top counterterrorism official. ”I worked closely with Jim Mattis while I was in government, and I know him to be one of the deepest military thinkers and strongest leaders of his generation,” Benjamin says.

“The Dickey Center aims to bring more outstanding practitioners and scholars of national renown to campus for stays ranging from two weeks to a full term during the fall, winter, and spring terms,” Benjamin adds. “These distinguished visitors will interact with undergraduate and graduate students and faculty. Gen. Mattis’ visit is a model of what we want at Dickey.”

Mattis will be in residence at Dartmouth from September 18 through October 7. He will deliver a public address, and he’ll meet with the Dickey Center’s War and Peace Fellows, Great Issues Scholars, and other student groups. He will also be a guest lecturer in a number of courses and meet with the Dickey Fellows, the center’s postdoctoral scholars.

Read about this event in Dartmouth Now: Dartmouth to Host Retired Commander of U.S. Central Command

View a recording of this event: