The Montgomery Fellows Program presents an evening with Werner Herzog, free and open to the public, which includes a film compilation and a dialog with the director.

Werner Herzog has produced, written and directed more than 60 short, feature and documentary films. A master of the New German Cinema movement, his early work includes such classics as Aguirre, Wrath of God, Fitzcarraldo and Nosferatu. On the non-fiction side, Herzog explores topics that interest him and the range is breathtaking: Antarctic denizens, a lifelong love/hate relationship with muse Klaus Kinski, death row inmates, French prehistoric caves and grizzly bear enthusiasts. He’s lent his trademark voice to The Simpsons and The Boondocks and started his own film school. He’s written over a dozen books of prose and directed as many operas. Herzog cooked and publicly ate his shoe after losing a bet with filmmaker Errol Morris, the event later captured in Les Blank’s short, Werner Herzog Eats His Shoe. His latest film is a searing, unforgettable PSA about the dangers of texting and driving, proving time and again that Herzog’s bizarre and brilliant vision reveals everything filmmaking can offer.

French filmmaker François Truffaut once called Herzog "the most important film director alive" and film critic Roger Ebert stated that Herzog "has never created a single film that is compromised, shameful, made for pragmatic reasons or uninteresting. Even his failures are spectacular."

This Renaissance man will be at Dartmouth College from September 17-21 as a Montgomery Fellow (www.dartmouth.edu/~montfell/). On Wednesday 9/18, the Montgomery Fellows Program presents an evening with this master filmmaker which includes a comprehensive film compilation and a dialog with the director. This singular evening is free and open to the public, see below for details.

Throughout the fall term, the Dartmouth Film Society and the Montgomery Fellows Program will continue to honor this quirky genius’s contributions to the art of cinema with a four-film retrospective, curated to demonstrate the range of his work. 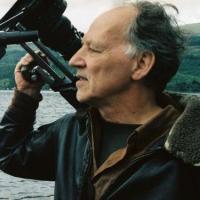