We Were There...Dartmouth and the Civil Rights Movement

Gretchen Holbrook Gerzina is Kathe Tappe Vernon Professor in Biography, Professor of English, and Chair of African American Studies at Dartmouth College.  She is the author or editor of seven books, and was for fifteen years the host of the nationally syndicated public radio program “The Book Show.”  She has often appeared on American and British radio and television.

Bruce Nelson taught U.S. history at Dartmouth from 1985 to 2009.  He was an active participant in the Civil Rights Movement in the 1960s and was jailed in Selma, Alabama, in 1965, on the eve of the famous Selma to Montgomery march.

Jay Satterfield is the head of Dartmouth College’s Rauner Special Collections Library. Since arriving at Dartmouth in 2004, he has worked to integrate Special Collections into the intellectual life of the College. He received his PhD in American Studies from the University of Iowa in 1999 and is the author of “The World’s Best Books”: Taste, Culture and the Modern Library (Amherst: University of Massachusetts Press, 2002). 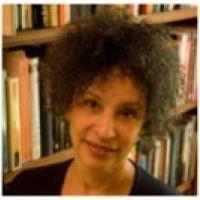