Financial Times journalist covering US foreign policy, former China and Brazil bureau chief. Author of ‘Contest of the Century’ on US and China rivalry

Geoff Dyer has worked for the Financial Times for over a decade in China, Brazil, the UK and now the US. He was the FT bureau chief in Beijing from 2008 to 2011, following three years working for the paper in Shanghai. He has also been the paper's Brazil bureau chief and covered the healthcare industry, where he wrote extensively about the Aids epidemic in Africa and Asia. In 2012, he took up a position in the Washington DC bureau, writing about American foreign policy.

Dyer is the author of ‘Contest of the Century: the New Era of Competition with China’. He appears regularly on television to discuss international affairs, including CNN, MSNBC and Al-Jazeera. He studied at Emmanuel College, Cambridge University and at the Johns Hopkins School of Advanced International Studies in Bologna and Washington DC, where he was supported by a Fulbright award. 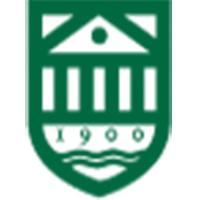