Professor Joseph Lumbard on "Islam: A Religion of Restraint, Mercy, and Love".

Professor Joseph Lumbard is an American Muslim who is currently a professor at Brandeis University where he holds the title of Assistant Professor of Classical Islam in the department of Near Eastern and Judaic Studies and Chair of the Islamic and Middle East Studies Program. He is a general editor for the Study Quran, a former Advisor for Interfaith Affairs to His Highness King Abdullah II of Jordan and the author, editor, and translator of several articles and books on topics of Islamic philosophy, Sufism, and Quranic Studies. He is also a frequent lecturer and has taken part in several inter-faith dialogues, among them the Common Word initiative.
Born and raised in Washington D.C., Lumbard was brought up within the Episcopal Church, serving as an altar boy. In his teenage years he lost interest and he was introduced to Islam when a sophomore at George Washington University. He converted to Islam a year and a half later.
He received a Ph.D. and M.Phil. in Islamic Studies from Yale University, an M.A. in Religious Studies and a B.A. from George Washington University. In order to complement his Western university training, he studied Qur´an, Hadìth, Sufism, and Islamic philosophy with traditional teachers in Morocco, Egypt, Yemen, and Iran. Before returning to the United States, Lumbard worked as Assistant Professor of Islamic Studies at the American University in Cairo.
A proponent of cross-cultural understanding, Dr. Lumbard has published several articles on comparative mysticism, Sufism, and Islamic philosophy, has lectured in academic arenas around the world, participated in inter-faith dialogues, and appeared on several radio and television programs. He is also the founder and first director of the Islamic Research Institute.

Food will be provided. 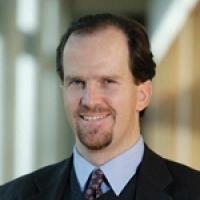