Montgomery Fellow and author Bernardine Evaristo speaks about her evolution as a writer experimenting with genres and confronting history, race, and gender.

Bernardine Evaristo is the author of seven books of fiction and verse fiction including Lara, The Emperor’s Babe and Blonde Roots. Her latest novel, Mr Loverman, about a 74 tear old Afro-Caribbean gay man living in London, was published by Penguin UK, August 2013 and Akashic Books, USA, 2014. All of her books explore aspects of the African diaspora – past, present, imagine, lived, travelled. She is an editor of anthologies and special magazine issues and literary critic for the national newspapers including the Guardian and Independent. She has a PhD in Creative Writing from Goldsmiths, University of London, is Reader in Creative Writing at Brunel University London, and she teaches for the University of East Anglia-Guardian masterclass partnership. She has judged many leading literary awards and in 2012 was Chair of both the Commonwealth Short Story Prize and the Caine Prize for African Fiction. Winter 2012 she was Guest Editor of Poetry Review, Britain’s leading poetry journal. She has won several literary awards, was elected a Fellow of the Royal Society of Literature and is a Fellow of the Royal Society of Arts, and she was awarded an MBE in 2009.  www.bevaristo.com 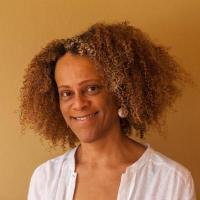