26 May, Tuesday, 4:30 p.m. (lecture) and 5:30 p.m. (film)
ARTIST LECTURE AND FILM SCREENING
“Testimony and Southern Rites”
Gillian Laub, photographer and documentary filmmaker Laub will speak about two projects—one making portraits of Israeli Jews and Arabs, Palestinians, and displaced Lebanese, and the other photographing teenagers in Vernon, Georgia, who participated in segregated proms through 2009, despite attending high schools that desegregated in 1971. The lecture will be followed by Laub’s new HBO documentary film Southern Rites, based on the latter project. Cosponsored by the Hood Museum of Art and the Studio Art and Film and Media Studies Departments. Funded through a gift from Marina and Andrew Lewin ’81. 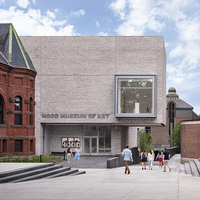