Presiding over a maximum-security prison, warden Bernadine Williams (Alfre Woodard) is eerily good at what she does. She takes pride in carrying out her job with cool, impersonal efficiency despite the strain that overseeing death row inmates’ final moments puts on her marriage and her psyche. But Bernadine becomes fixated on the impending execution of Anthony (Aldis Hodge), whose seemingly wrongful conviction has become a cause célèbre for anti-death penalty activists and whose impassioned lawyer (Richard Schiff) continues to appeal to Bernadine’s sense of conscience.

Chinonye Chukwu’s impeccably crafted second feature took home top honors at Sundance and is sure to bring further awards attention for Woodard, whose precise, subtly devastating performance cements her place as one of the finest actors working today. Anchored by her powerful turn, Clemency offers an acutely drawn portrait of a woman whose moral crisis echoes larger questions about America’s policies on execution and the effects of capital punishment on all those involved. D: Chinonye Chukwu, US, 2019, 1h53m 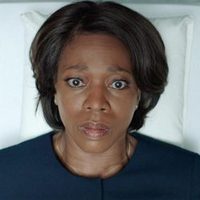