Political elites in democracies across the world make unsubstantiated claims of voter fraud, typically in order to delegitimize the electoral success of opponents. We test the hypothesis that this tactic undermines the public’s confidence in the electoral process in the context of the aftermath of the 2018 U.S. midterm elections — a time when many prominent Republican politicians made unsubstantiated claims of voter fraud. Using a nationwide YouGov survey experiment, we show that exposure to claims of voter fraud reduces confidence in American electoral integrity, especially among Republicans and individuals who approve of Donald Trump’s performance in office. Worryingly, exposure to fact-checks does not measurably reduce the damage from these accusations. The results suggest that unsubstantiated claims of voter fraud undermine the public’s confidence in elections, particularly when the claims are politically congenial, and that these effects cannot easily be mitigated by fact-checks or counter-messaging. 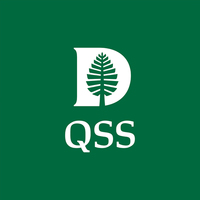