Incarceration does not treat substance use disorder, it cultivates it. As NH and the nation face a crippling opioid epidemic, Chief Justice Tina Nadeau explains that if we want to increase public safety, reduce the cost of incarceration, and return offenders to the community as productive members, we need to invest in alternatives to incarceration. 70%-80% of those appearing in Superior Court with felony offenses suffer from substance use disorder or mental illness, and often times both. They have spent time in prison and jail without any improvement in their conditions and when released resort to the same behavior that resulted in their incarceration in the first place. One alternative – drug court – has proven effective in treating the underlying conditions that result in criminal behavior. The result? Graduates of drug court reoffend at a significantly lower rate than their incarcerated counterparts and have learned the skills it takes to manage a long-term, chronic relapsing condition, often for the first time in their lives.

In 2013, Nadeau received a fellowship to attend the Kennedy School of Govt. program on Executive Leadership; the Eric Cogswell Achievement award, recognizing commitment to addressing the over-incarceration of offenders with mental illness; and the 2013 Marilla Ricker Women in Leadership award. In 2015 she received the New Futures Advocacy award and the Manchester Mental Health Wheelock-Nardi award for her work advocating for those with mental health and substance use disorder. In 2016 she received the NH Alcohol and Drug Abuse Counseling Assoc. Kathleen Taylor Legislator Award. In 2017 she received the New England Assoc. of Drug Court Professionals Leadership Award. Justice Nadeau is currently a board member of the New England Assoc. of Drug Court Professionals, and New Futures, a nonprofit org. that works to reduce substance use disorder. She is also a faculty member of the National Assoc. of Drug Court Professionals. In June 2020 she was appointed as an inaugural member of the national Council on Criminal Justice and served as a member of the COVID-19 task force.

Ronald G. Shaiko is a Senior Fellow and the Associate Director at The Nelson A. Rockefeller Center for Public Policy and the Social Sciences. The 2020-21 academic year marks his 34th year of university teaching and his 20th year at Dartmouth.

In November of 2007, he received the Linda '82 and Paul Gridley Faculty Fellow Award from the Dean of the College; the award recognizes exemplary faculty involvement outside of the classroom.

Prior to coming to Dartmouth, Professor Shaiko was the Fulbright Distinguished Chair in American Politics in the American Studies Center at Warsaw Univ. in Poland during the 2000-2001 academic year.

Throughout the decade of the 1990s, Professor Shaiko taught at American Univ., where he founded and served as the founding academic director of the Lobbying Institute. During his 10 years at American, Professor Shaiko served as an American Political Science Assoc. Congressional Fellow in the U.S. House of Representatives in 1993-1994 and as a Democracy Fellow at the United States Agency for International Development in 1998-1999. 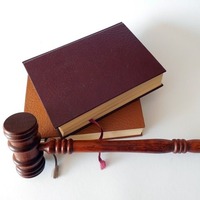