The Dartmouth Energy Collaborative invites you to join us for a panel discussion of the climate and energy aspects of the Biden infrastructure plan.

Congress is currently negotiating President Biden's dual mutli-trillion dollar infrastructure proposals — the American Jobs Plan and the American Families Plan. These proposals  would invest massive sums of money in what is traditionally regarded as infrastructure —  roads and bridges, water systems, the electric grid and transmission networks. They also have an explicit focus on climate resilience and addressing the racial inequities that were caused or exacerbated by past infrastructure projects (highways dividing minority neighbors, highly polluting energy generation plants being sited near Black and brown communities, etc.) While debate around the proposals is highly partisan, with arguments predictably focusing on the price tag, another point of contention is the ways in which the proposals link jobs, training, wages, and education and other aspects of so-called 'human infrastructure' to more traditional conceptions of infrastructure.

What are the costs and benefits of this approach? Join us as moderators Aimee Barnes ’04 and Dan Reicher ’78 and a panel of experts — including incoming Thayer professor Erin Mayfield and Sam Ricketts from the Center for American Progress — discuss the Biden infrastructure plan and its climate and clean energy elements, from economic, policy, and equity angles.

View a recording of this event. 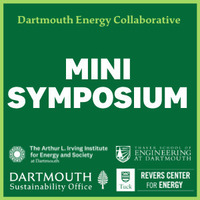