Troy and Gordion: The Problems with Excavating two Legendary Sites in Anatolia

Dartmouth Archaeology Working Group (DAWG) Colloquia: Brian Rose
"Troy and Gordion: The Problems with Excavating two Legendary Sites in Anatolia."
Prof. Rose has had the good fortune to direct or co-direct excavations at two legendary sites in Turkey–-Troy and Gordion. Schliemann began excavations in the1870s at Troy and claimed that he had found evidence thereof armed conflict between the Greek and Trojan heroes. The Penn Museum began excavations in 1950 at Gordion, which still continue 70 years later. Gordion was the capital city of King Midas, famous for his Golden Touch, and the site of the Gordion Knot that was severed by Alexander the Great. In this talk, Prof. Rose highlights the positive and negative aspects of working on both projects and focuses on the extent to which regional, national, and global developments shaped the research agendas. He also reflects on the discipline of archaeology in Turkey and the Near East at the end of the talk. 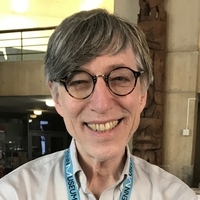