Were city-dwellers in Mughal Delhi docile sheep the emperor could rule over or did even the humblest of them assert claims to participate in public affairs? And how did politics, economics, and religion shape their claims?

Following events in the imperial capital from its founding to its devastation at the hands of Iranian invader Nadir Shah in 1739, author Abhishek Kaicker (University of California, Berkeley) explores the interplay between popular politics and royal authority in 17th-century Shahjahanabad (Delhi) in his latest book The King and the People: Sovereignty and Popular Politics in Mughal Delhi.

The "Conversations on South Asia" series is sponsored by the Bodas Family Academic Programming Fund, the Asian Societies, Cultures, and Languages Program, and the Department of History at Dartmouth College. 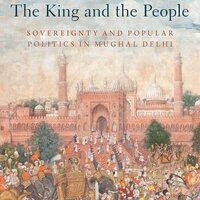