The Crisis of American Polarization

James Campbell sets the stage, exploring both the origins of today’s impact of polarized politics on government and suggests what we can do to make progress on common challenges.

Americans became ideologically polarized in the late 1960s and have grown more so since. Party polarization followed in the 1990s, but the spread did not stop there. Polarization is now enveloping everyday lives. This pervasive polarization has led to an ideologically-fortified class structure, less trust in government and in authorities generally, greater political intolerance, and diminished patriotism–in short, a crisis in American democracy.

James E. Campbell is a UB Distinguished Professor of Political Science at the University at Buffalo, SUNY and will join emeritus ranks at the end of July. He has taught American politics at UB since 1998. He is the author of four books and more than 80 articles and book chapters. His most recent book, Polarized: Making Sense of a Divided America (Princeton University Press, 2016), was selected as one of Choice’s Outstanding Academic Titles. Prior to joining Buffalo’s faculty, he taught at the University of Georgia and Louisiana State University and served as an APSA Congressional Fellow and as a program director at the National Science Foundation.

Dartmouth College Faculty, Staff, and Students can receive a complimentary ticket to the lecture. Please show your Dartmouth ID at the door of Spaulding Auditorium or call 603-646-0154 to register for the livestream. 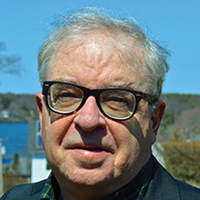