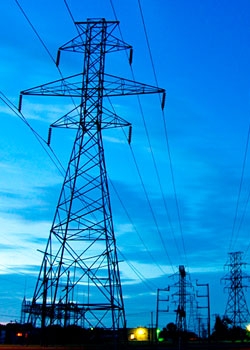 Dartmouth Computer Science Professor Sean Smith with his students and research staff are part of the national Trustworthy Cyber Infrastructure for the Power Grid (TCIPG) team that has been awarded a five-year $18.8 million grant from the U.S. Department of Energy with contributions from the U.S. Department of Homeland Security. This represents continued funding that started in 2005 with funding from the National Science Foundation.

TCIPG will explore the “Smarter Grid,” secure and reliable technology involved in the underpinnings of the nation’s electrical power infrastructure. As power grids are upgraded and connected to online systems to increase efficiency, they become vulnerable to malicious attacks and hackers. The TCIPG team will develop cyber security tools and technologies to ensure that power supplies are not disrupted.

“Power is the critical infrastructure that underlies all other critical infrastructure; if there’s no electricity, we can’t power the Internet, or telephones, or medical equipment,” says Sean Smith, an associate professor of computer science. He is also affiliated with Dartmouth’s Institute for Security, Technology, and Society. “It’s great to make a contribution to the effort to secure the power grid. And, because we involve undergraduate and graduate students, and high school students, too, the work furthers our educational mission. The students all get real-world experience and make real-world contributions.”

TCIPG also includes researchers with the Information Trust Institute at the University of Illinois at Urbana-Champaign, the University of California at Davis, and Washington State University, with central coordination of the project at Illinois. The director of the project is William Sanders, a professor in the Electrical and Computer Engineering Department at the University of Illinois at Urbana-Champaign. Many of the researchers in this project, including Smith, are also associated with the Institute for Information Infrastructure Protection, a 27-member consortium of national cyber security institutions, headquartered at Dartmouth. The institute coordinates a national cyber security R&D program and help build bridges between academia, industry and government.

TCIPG team members have been collaborating on work in this area since 2005, with support from the National Science Foundation. They have developed both hardware and software that addresses critical needs in securing the cyber infrastructure of the power grid. Most notably, the researchers developed and implemented a process for protecting message exchanges and a strategy for managing complex security policies in large networks that potentially have thousands of rules about who can access what. TCIPG researchers have also addressed security weaknesses of individual computational devices in substations and homes, which are ripe for financial fraud and cyber-terrorism.

New research aims to integrate information technologies with real-time authentication, integrity, and confidentiality, and hardware and software that resists and tolerate attempts at intrusion without compromising performance. Researchers hope to implement systems that allow for wide-area monitoring and control, respond to and better control demands for energy load, and better provide for the plug-in needs of hybrid electric vehicles.

“Securing the current grid — already a huge distributed system with complex performance, operational, and deployment constraints — is an important problem, and it will only get more urgent as computing permeates more places in it,” says Smith.