The innovation and dynamic contributions of women whose lives were changed by the transformation to coeducation at Dartmouth College in 1972 will be highlighted at the Greenways: Coming Home celebration over the weekend of April 5 to 7.

“Forty years later,” President Carol Folt says, “Dartmouth alumnae have made an impact on virtually every academic discipline and profession in this country and around the world, from award-winning writers, artists, and filmmakers to groundbreaking scientists, senators, businesswomen, and physicians.”

Many of these alumnae and their classmates will return to Hanover to gather for panels and lectures, to reconnect, to make new connections, and to celebrate the dynamic change coeducation brought to Dartmouth.

More than 500 people have confirmed attendance and the slate of presenters includes keynote addresses by Women’s National Basketball Association President and Dartmouth Trustee Laurel Richie ’81, and comedian and author Rachel Dratch ’88. There will be more than a dozen panel discussions with titles such as, “The Road Less Traveled,” “Beyond the Glass Ceiling,” and “Dynamic Duos: Dartmouth Dads and Daughters.”

The billing as “a community celebration of coeducation” is apt, says Martha Johnson Beattie ’76, vice president for Alumni Relations, whose office is hosting the weekend along with the Office of the President.

“The phenomenon of coeducation happened to both men and women and the reality is that, because of this change, Dartmouth has become a much more vital institution in the world,” Beattie says. 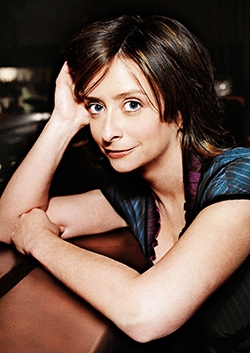 Dratch, a former Saturday Night Live regular and author of the 2012 memoir, Girl Walks Into A Bar: Comedy Calamities, Dating Disasters, and a Midlife Miracle, says she stays connected with her “Dartmouth pals,” and she plans to attend her 25th reunion this spring.

She says she is trying to strike a balance in her keynote address, entertaining the audience but also honoring the significance of the change coeducation brought to Dartmouth.

“People expect it to be funny but it deals with some serious, weighty topics, so I can’t just joke my way through the whole thing,” she says.

L. Kelcey Grimm ’96, is a former investment banker who gave it all up for ”the road less traveled.“ She eventually founded the Enkosini Conservation Trust, which manages the Lapolisa Wilderness in South Africa, and she is a director of the nonprofit Lion Foundation which supports conservation in South Africa, Namibia, and Botswana. She said Dartmouth helped empower her.

”Here I quickly learned that I had to be especially strong to be heard and respected,“ she says. ”The Greenways conference has re-emphasized to me how many cool, amazing, talented, successful women Dartmouth has as alumnae. I’m so proud to be part of this group of women, and I would have never chosen to go to college anywhere else.“

At the closing session on Sunday, Folt will moderate a panel featuring four prominent alumni, each a MacArthur Fellow. Participants include Annette Gordon-Reed ’81, professor of law at Harvard Law School and a Dartmouth trustee; Terry Plank ’85, professor of earth and environmental sciences at Columbia University; John Rich ’80, professor and department chair of health management and policy at the Drexel University School of Public Health and a Dartmouth trustee; and artist Anna Schuleit, MALS ’05.

The event is open to alumni through registration. Dartmouth students, faculty, and staff are invited to attend the panel discussions and keynote speeches.

Description
The yearlong celebration of the milestone kicked off this week with a virtual roundtable conversation featuring three women who have chaired the Board of Trustees.
Logo
Image