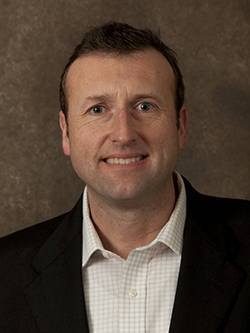 Mona Domosh, the Joan P. and Edward J. Foley Jr. 1933 Professor and chair of the Department of Geography, was elected vice president of the Association of American Geographers (AAS). Domosh has served on AAG committees and on the AAG Council.

Attorney Julie Kalish ’91, a lecturer in writing at the Institute for Writing and Rhetoric (IWR), and a colleague were awarded the Jonathan B. Chase Cooperating Attorney Award for their work with the American Civil Liberties Union (ACLU) of Vermont. Kalish was also elected to the Vermont ACLU Board of Directors.

Frank Magilligan, a professor of geography, was named an associate editor of Elementa: Science of the Anthropocene—a new online journal being launched by Dartmouth, a scientific publisher, and four other research universities. He joins the Elementa editorial team in the area of earth and environmental science. Magilligan was also elected a fellow of the Geological Society of America.

Kenneth Reade, associate director of the Office of Visa and Immigration Services, received the National Association of Foreign Student Advisers’ (NAFSA) 2013 Advocate of the Year Award. The award is given annually to a member of NAFSA’s Association of International Educators who has “excelled in grassroots advocacy by encouraging local and national dialogue in support of policies that advance international education and by inspiring others to become advocates.”

Jeffrey Ruoff’s documentary Still Moving: Pilobolus at Forty received the Jury Award for Best Short Documentary at the 2013 Sebastopol Documentary Film Festival in Sebastopol, Calif. Ruoff, an associate professor of film and media studies, spent three and a half years producing and directing the documentary about the internationally renowned Pilobolus dance theater company, which traces its origins to a 1971 Dartmouth dance class. The film has been screened across the country, including sold-out showings at Dartmouth during the Hopkins Center’s 50th Anniversary celebration in October.

Michael Sporn, a professor of medicine and of pharmacology and toxicology at the Geisel School of Medicine, is an inaugural member of the Fellows of the American Association for Cancer Research Academy. The academy was created to “recognize and honor distinguished scientists whose major scientific contributions have propelled significant innovation and progress against cancer.”