Twelve athletes with ties to Dartmouth competed in the XXII Olympic Games in Sochi, and their tally of three medals tied them with Australia, and placed them just one behind Great Britain. 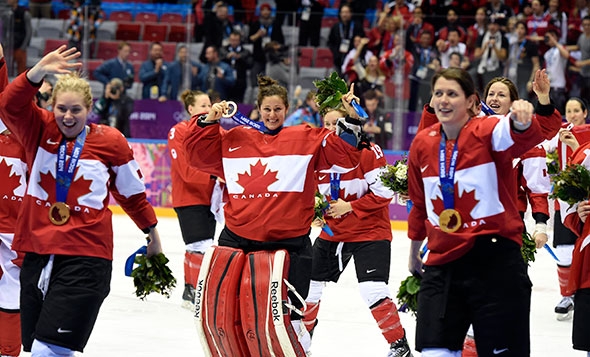 Other Dartmouth Olympians made history in their events, including Caldwell, who finished sixth in the freestyle sprint event, the best Olympic finish ever by an American female cross country skier. The seventh place finish by the biathlon 4×6-kilometer relay team of Dreissigacker, Studebaker, Dunklee, and Annelies Cook was the best-ever Olympic women’s biathlon relay performance for the United States. Dunklee also recorded the best-ever Olympic sprint finish for a female U.S. biathlete after placing 14th in the 7.5-kilometer sprint. Additionally, her 12th place finish in the 12.5-kilometer mass start event was the highest Olympic finish for a U.S. female in any biathlon event.

Mikaela Shiffrin, the 18-year-old daughter of Jeff Shiffrin ’76, also made history as the youngest-ever Winter Olympic slalom gold medalist. And Peter Kenworthy ’77 watched from Telluride, Colo., as his son Gus Kenworthy won silver in the Olympics’ inaugural slopestyle skiing event. At the conclusion of the Games, Dunklee posted to Twitter, “What a blast these weeks have been! Thanks for all the support from back home.”