The Class of 1964 will expand leadership development programs at the College with a $10.1 million gift to endow the ’64 Leadership Initiative in honor of its 50th reunion in June of 2014.

In addition, the class added to its decades-long string of reunion giving records by raising more than $4.6 million for the Dartmouth College Fund, for total class giving of $14.7 million. 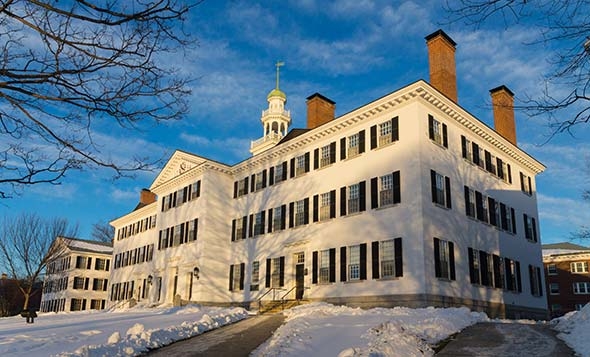 “The Class of 1964 comprises leaders through and through, including five former members of the Board of Trustees,” says President Phil Hanlon ’77. “I cannot think of a more appropriate group of people to secure Dartmouth’s legacy in the leadership arena.”

“We want to create citizen-leaders, people who will not only engage in debate but actually shape public debate—men and women of Dartmouth who will organize and influence people to address the most important problems the world faces and to recognize and seize opportunities, whether in business, government, or the nonprofit sector, that will benefit humankind,“ says President Hanlon.

The ’64 Leadership Initiative supports two complementary components, offering leadership training rooted in learning experiences that take place out of the classroom and in athletics. Both components combine experiential learning, a priority for Hanlon since his inauguration, with education on leadership principles and values to build a culture of leadership that enhances Dartmouth’s culture of learning.

Together, these programs develop in students the capacity to influence and organize a group to mobilize its resources toward accomplishing a clear goal, says Trustee Emeritus Ronald Schram ’64, a leader in the fundraising effort, former class president, and a parent of members of the classes of 1994, 1997, and Tuck 2002.

“Our class can leave no more fitting legacy to the College which has impacted our lives so much,” Schram says. “Our society needs leaders who are educated, experienced, ethical, and visionary, and our students want to be leaders. With our help, Dartmouth will better fulfill its stated mission, which includes preparing students for a lifetime of responsible leadership, and will continue to impact even more the society of tomorrow and generations of future students.”

Many of the academic elements of the ’64 Leadership Initiative will come through a set of leadership programs provided by the Nelson A. Rockefeller Center for Public Policy and Social Sciences. The center’s programs, including a new suite of Dartmouth Learn to Lead (DL2) programs funded by the ’64 Initiative, combine knowledge, research, skill development, practice, feedback, and reflection in various combinations, making leadership education and practice accessible to greater numbers of students. These offerings are already attracting students who are preparing to become leaders in their fields, including two of this year’s three Rhodes Scholars.

One of the Rockefeller Center’s practice-based programs—the Policy Research Shop—provides students an opportunity to contribute to current public policy discussions by preparing impartial research for state legislators in both New Hampshire and Vermont.

“The Policy Research Shop exemplifies President Hanlon’s call to action to build a portion of our academic enterprise around experiential learning,” says center Director Andrew Samwick, the Sandra L. and Arthur L. Irving ’72a, P’10 Professor of Economics. “This is a key program in building leadership skills for Dartmouth students and preparing them to take on challenges in all fields of endeavor.”

The athletic component of the initiative will be delivered through Dartmouth Peak Performance (DP2), an effort led by Dartmouth Athletics that includes significant leadership development. DP2 positions student-athletes to achieve the highest levels of physical, intellectual, and personal growth.

“The extraordinary generosity of the Class of ’64 will enable 1,000 Dartmouth varsity student-athletes to engage in a cutting-edge leadership program, through both experiential learning and a classroom curriculum,” says Harry Sheehy, director of Athletics and Recreation. “We’re confident the result will be better individuals, stronger teams, and better preparation for a lifetime of leadership in a wide range of careers and communities.”

“The Class of 1964 Leadership Initiative will remain a philanthropic priority for many classmates, and we welcome the contributions of others who believe in the importance of leadership development,” Schram adds. “We support Dartmouth’s goal of making innovative leadership education available to all undergraduates.”

The $4.6 million class gift to the Dartmouth College Fund will help support a variety of priorities, including financial aid, faculty salaries, athletics programs, libraries, classrooms, and labs. The previous 50th reunion giving record to the Fund was just over $4.4 million, given by the Class of 1960.

Many of the 50th reunion gifts were made in memory of Scott Creelman ’64, who was captain of the football team and also a baseball standout. Creelman, who became president of the Spalding sporting goods company, died in 2011. 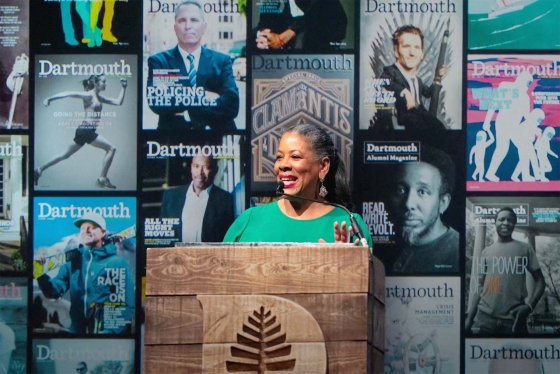