Andrew Levin on Why the Fed Is in Need of Reform

The Dartmouth professor welcomes a chance to talk and teach about monetary policy. 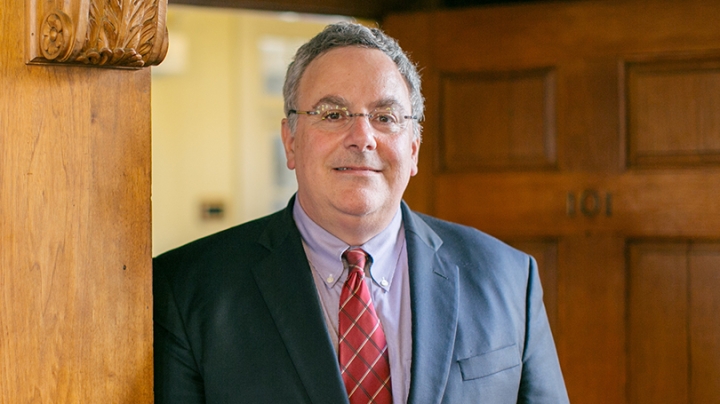 After two decades at the Federal Reserve Board, including a couple of years as a special adviser to Chairman Ben Bernanke, Andrew Levin joined the Dartmouth faculty as a professor of economics in 2015. Levin recently spoke with Dartmouth News about his professional experience at the Fed and how it has informed his current research and his approach to teaching.

What were your responsibilities as a special adviser at the Fed?

In 2010, I became a special adviser to Chairman Ben Bernanke at around the same time that Janet Yellen was confirmed as Vice Chair and Sarah Bloom Raskin was confirmed as a member of the Federal Reserve Board. My primary role was to advise them on the Fed’s monetary policy strategy. In addition, Vice Chair Yellen headed a new task force to help improve the Fed’s communications, and I worked closely with her on that initiative.

Why should we care what the Fed says or does?

The Fed’s monetary policy actions affect the lives of practically every American family. For example, when the Fed acts to adjust the level of short-term interest rates, that adjustment is reflected in car loan rates, home mortgage rates, savings deposit rates, business financing costs, and so forth. And those financial effects reverberate on the broader economy, affecting consumer spending, business hiring and investment, and the setting of wages and prices. And when the Fed clearly explains its monetary policy strategy, that enables households and businesses to plan more effectively and make better economic and financial decisions.

Have Fed communications changed over the years?

When the Fed was established a century ago, central banks mostly followed the advice of the Bank of England’s governor, who said, “Never apologize; never explain.” In effect, the message to the public was, “Don’t ask questions; just trust us.” Even in the 1990s, a common perception was that the Fed chair was like a high priest guarding the “secrets of the temple,” because his public statements seemed so opaque and mysterious—sort of like the Delphi oracle. More recently, however, the Fed has become much more transparent. For example, about five years ago Fed officials agreed that the chair should start giving press conferences four times a year to explain the rationale for the Fed’s monetary policy decisions. This was a significant step forward in showing that the Fed is now striving to communicate to the public as clearly as possible.

Recently you’ve published a proposal to reform the Fed. How did that come about?

Over the years I’ve given a lot of thought to what’s essential to the good governance of a central bank. And I’ve had the opportunity to engage extensively with policymakers and analysts at many other central banks around the world, including the European Central Bank, the Bank of Canada, the Bank of Japan, and the Bank of Korea. I spent a couple of years at the International Monetary Fund (IMF) helping to formulate a set of basic principles for improving monetary policy frameworks in lower-income countries. Indeed, there’s a broad consensus that the effectiveness of monetary policy can be strengthened by enhancing the central bank’s transparency and public accountability while ensuring that its decisions are insulated from political interference. And those are exactly the principles that lie at the heart of my proposal for reforming the Fed.

So what’s the problem? Why is Fed reform needed?

The basic problem is that the Fed’s governance structure is outdated and inadequate for ensuring that the Fed serves the public interest. When the Fed was established in 1913, it was mainly envisioned as a “bank to the bankers.” Consequently, the 12 regional Federal Reserve Banks are private organizations owned by the commercial banks in their districts. Those commercial banks get to pick two-thirds of the directors of each Federal Reserve Bank, including half of the directors responsible for appointing its president. But the Federal Reserve Bank presidents all sit on the Fed committee that sets the course of monetary policy, and as I’ve noted, those decisions affect practically every American family.  And even though the demographics of America have become increasingly diverse, the leadership of the Federal Reserve Banks is still mostly white, male, and insular. For example, throughout the entire history of the Fed, not a single black or Hispanic person has ever served as a president of any Federal Reserve Bank.

What are the key elements of your Fed reform proposal?

The most crucial thing is that the Federal Reserve should be a fully public institution—just like every other major central bank around the world. Under my proposal, the Fed’s paid-in capital would be refunded to the commercial banks, and the 12 regional Federal Reserve Banks would become public institutions. (By the way, that change would save about $3 billion for American taxpayers over the next decade, because the Fed’s interest rate on reserves is significantly less than the dividend rate that accrues to its paid-in capital.) The officials of the Federal Reserve Banks would be appointed through transparent and open processes. And the Fed should be held to the same standards of transparency and accountability as every other public agency, including regular reviews by the Government Accountability Office (GAO) and applicability of the Freedom of Information Act to all of its procedures and operations.

How is your approach to engaging the GAO different from other “audit the Fed” proposals?

The GAO is an independent nonpartisan agency with a proven track record in improving the efficiency and effectiveness of federal government programs. However, GAO currently has only limited authority to look at the Fed’s procedures and operations. One purported reason is that the Fed’s financial accounts are already audited by private firms. But the reality is that the existing audits are solely focused on detecting fraud, whereas GAO has a much broader mission of identifying inefficiencies, operational risks, and procedural changes that could benefit the public and save money for American taxpayers. However, a key drawback of past proposals to “audit the Fed” was the prospect that GAO reviews could become a tool for politicians to interfere with the Fed’s policy decisions. By contrast, in my proposal GAO reviews would be conducted regularly once a year—not triggered by members of Congress—and would refrain from commenting on specific monetary policy decisions. With those provisions in place, comprehensive GAO reviews can significantly strengthen the Fed’s effectiveness and public accountability without hindering its operational independence.

How is your work on Fed reform related to your teaching?

My top priority as a faculty member at Dartmouth is to be an effective teacher. Last spring I taught two sections of Econ 22, “Intermediate Macroeconomics.” My students worked together in small teams, each of which followed a different country and gave a series of presentations about macroeconomic issues facing that country. In fact, the motto of our class was taken from Darmouth’s diversity mission statement: “Diverse Groups Outperform Individual Experts.” And that’s a core element of good monetary policymaking around the world.

What about the new course that you’ll be launching?

Next winter I will be teaching a new course, entitled “Monetary Policy and the Macroeconomy.” This course will look at the governance of central banks, the design of monetary policy frameworks, and practical challenges in economic forecasting and decision-making procedures. Frankly, a lot of what’s been happening in the global economy over the past decade doesn’t fit very neatly into the current vintage of macroeconomic textbooks. So the students in this class will definitely be working together in teams and engaging with real-world problems for which there may not be any simple answers. And I really hope that what they learn from the course sticks with them for many years afterwards.