This Alumnus Has All the Right Moves

Kery Davis ’79 was an HBO executive and is now athletic director at Howard University. 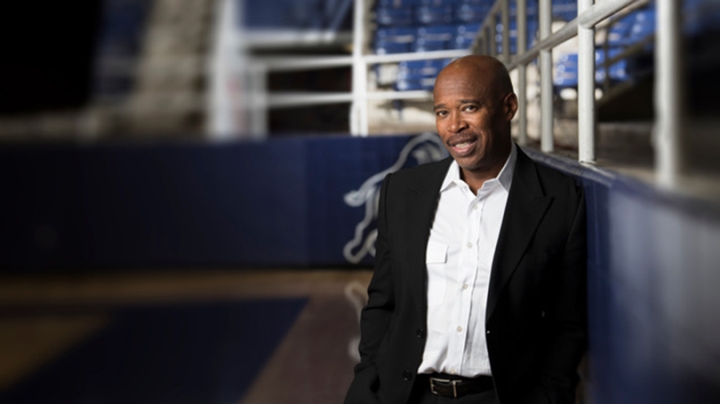 At Howard University, everything Kery Davis ’79 had once envisioned was right in front of him: activism, coaching, teaching. (Photo by James Kegley)
11/16/2017
Body

From fans and spectators to executives and administrators, major sports events are all relative. Kery Davis ’79 understands that as well as anyone. “Big time” for him nowadays is the Nation’s Football Classic pitting Howard University against Hampton University—a.k.a. the “Battle for the Real HU”—in Washington, D.C.

There’s no network TV coverage, and attendance hovers around 15,000. That’s a far cry from the bright lights of Las Vegas and pay-per-view prizefights beamed around the world. Davis used to be a fixture at those bouts, hobnobbing with rich and famous celebrities in ringside seats that cost thousands of dollars.

This has been Davis’ reality since September 2015, about 27 months after he left HBO, where he’d spent 16 years. Previously situated in a plush New York City corporate office one block from Times Square, he now works from a pedestrian space in 54-year-old Burr Gymnasium on Howard’s Washington, D.C., campus. The contrast in his surroundings, resources, and responsibilities is stark—as is the change in the size of his direct deposits.

“The difference economically was drastic compared to what I was making at HBO and what I could’ve made if I had taken the other position I was going to take before I left,” says Davis. “But this called to me.”