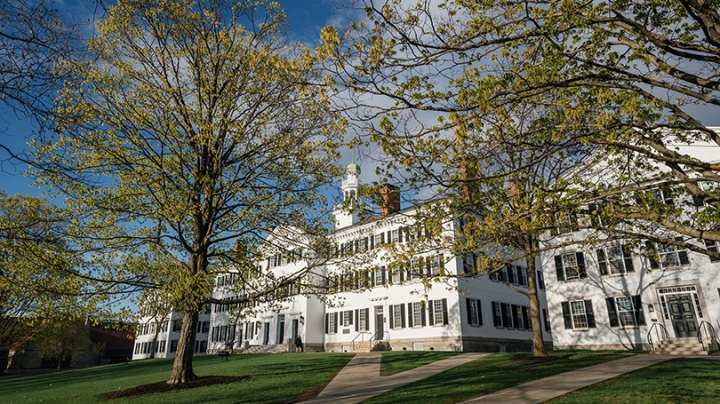 Finances and Dartmouth’s Inclusive Excellence initiative are to be the topics covered at the next town hall meeting, set for May 16.

Executive Vice President Rick Mills and Chief Financial Officer Michael Wagner will discuss the budget for the current fiscal year, which ends on June 30, and the 2019 budget, for the fiscal year beginning on July 1.

Mills will also discuss the Inclusive Excellence work with Chief Human Resources Officer Scot Bemis, Ahmed Mohammed, director of talent acquisition, and Theodosia Cook, director of equal opportunity and affirmative action for Institutional Diversity and Equity (IDE). The plan to increase diversity and inclusion in the Dartmouth community was released by the College in May 2016, following months of community discussions sponsored by a study committee.

The hour-long town hall meeting, part of Mills’ ongoing series of community discussions, includes time for questions from the audience. The session, which is open to all members of the Dartmouth Community, will be held in Spaulding Auditorium at the Hopkins Center for the Arts and begins at noon.