Dartmouth Honors Veterans With a Week of Events

A remembrance breakfast and a Marine Corps Ball are among the commemorations. 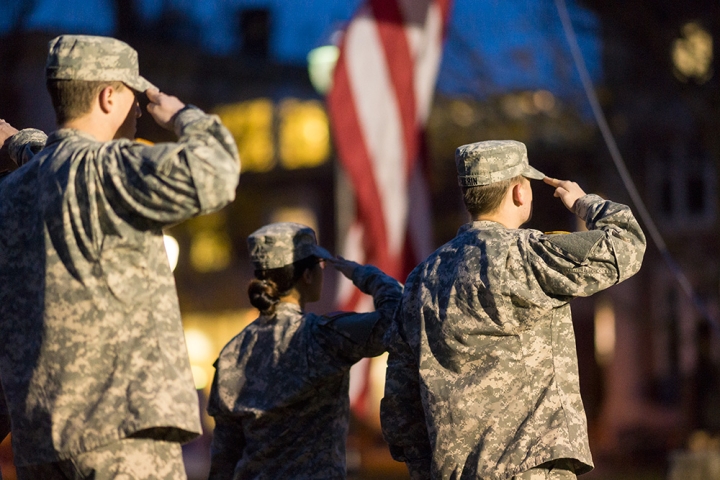 Dartmouth ROTC holds a formal drill and retreat ceremony on the Green each year as part of the annual Veterans Day observances. (Photo by Eli Burakian ’00)
11/06/2018
Body

In recognition of Veterans Day on Nov. 11, Dartmouth is hosting a slate of lectures, ceremonies, and celebrations to honor military service members over the next week. Among the events are a formal flag drill and retreat ceremony on the Green and a Veterans Day Remembrance Breakfast, which features noted speakers and guests.

“Dartmouth is extraordinarily proud of the veterans in our community, including students, faculty, staff, alumni, and their families, who have served our great nation by protecting and defending its people and the freedoms we all enjoy,” says President Philip Hanlon ’77. “We honor their achievements and service.”

In an email to the community, Hanlon encouraged everyone in the community to participate in one or more of the planned activities.

Dartmouth College Reserve Officers Training Corps (ROTC) will conduct the formal flag drill and retreat ceremony, which begins at 4:45 p.m. on Friday, Nov. 9, on the Green. The ceremony will open with a bugler playing “Retreat,” following the playing of the Service Hymns by the Baker Bells and the lowering of the flag. There is ceremonial gunfire during this drill, a symbolic way for Dartmouth to show its appreciation for members of the military.

Dartmouth College ROTC dates back to the 1950s; the program specifically trains members for service in the U.S. Army. Army ROTC students train on campus throughout the year. The College hosts an annual commissioning ceremony for US Army and Marines cadets on Commencement weekend.

The Veterans Day Remembrance Breakfast takes place at 8 a.m. Friday, Nov. 9, at the Hanover Inn Grand Ballroom. The breakfast is hosted by Chief Human Resources Officer Scot Bemis, a retired major in the U.S. Army who earned the Bronze Star for service in Iraq. The guest speaker is Brad Carney ’20, who served a tour of duty in Iraq as a sergeant in the Army and reenlisted two years later as an Army Ranger.

Carney, a philosophy major who came to Dartmouth in 2016 with the Posse Veterans Program, told Dartmouth News, “I gained an appreciation for liberal arts through my military service, because you start to realize how precious life is. What seems important to me now is being happy and doing what you think will enable you to do what you want to do in the world.”

Armistice Bells, from 11 a.m. to 11:15 a.m. on Sunday, Nov. 11, on the Green. At 11:11 a.m., the Baker Bells will play the military service hymns to mark a community-wide moment of observation commemorating Veterans Day and the end of WWI.

“Imprints and Consequences of War,” at 5 p.m. on Monday, Nov. 12. The Nelson A. Rockefeller Center for Public Policy will host a conversation with Dartmouth alumni veterans about their military experiences. Jason Hartwig ’06 and Brad Wolcott ’06 will offer their personal reflections in Room 003 at the Rockefeller Center.

The athletics department honors veterans throughout the next week with free admission to all varsity games and by recognizing their service during the events. 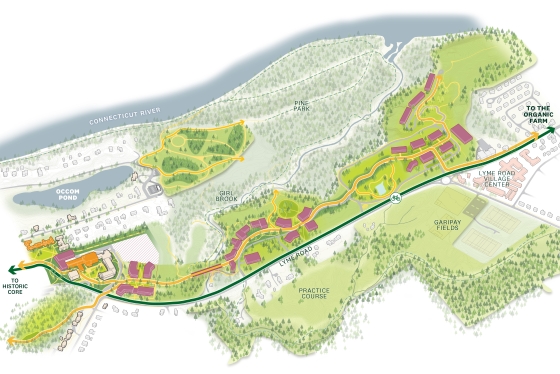