The awards recognize achievements in STEM and Tribal Public Policy.

Gabrial Canfield ’21, an environmental studies major and Native American studies minor from Ketchikan, Alaska, has been named one of this year’s 55 Udall Scholars for her commitment to Native American issues and the environment. Hailee Brown ’20 received an honorable mention from the Udall Foundation.

Emma Esterman ’20, a biology major and environmental studies minor from Plymouth, Mass., and Jason Wei ’20, a computer science major from Fairfax County, Va., received Goldwater scholarships for their research in genomics and machine learning, respectively. They are among 496 undergraduates to receive Goldwater scholarships this year.

The Udall scholarship “honors the legacies of Morris Udall and Stewart Udall, whose careers had a significant impact on Native American self-governance, health care, and the stewardship of public lands and natural resources,” according to the Udall Foundation website. Both Udalls were congressmen from Arizona; Stewart Udall served as U.S. secretary of the interior during the Kennedy administration.

Goldwater scholarships, named in honor of the late Sen. Barry Goldwater of Arizona, are “designed to foster and encourage outstanding students to pursue careers in the fields of mathematics, the natural sciences, and engineering,” according to the program’s website. The program is among the most competitive of its kind in the United States.

To learn more about how to apply for Udall, Goldwater, and other scholarships, visit Dartmouth’s Fellowship Advising Office. 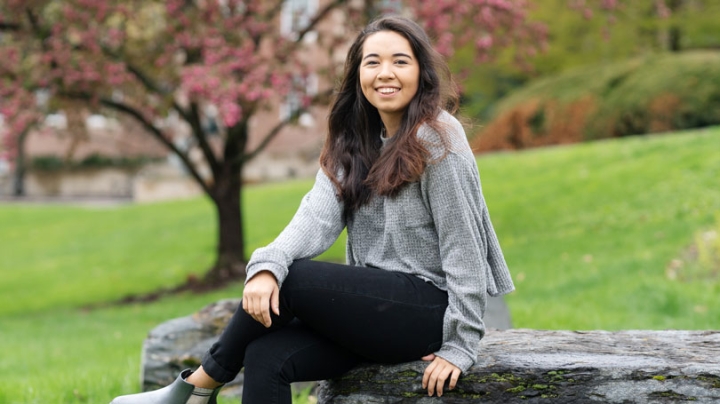 Gabrial Canfield first heard about the Udall Scholarship in high school as an activist with Alaska Youth for Environmental Action, where she worked to raise awareness of environmental justice issues affecting indigenous and commercial fishing in her community. That experience inspired her to pursue her interest in tribal policy and environmental justice in college, she says.

At Dartmouth, Canfield has found a support system through the Native American House, where she lives, and Native Americans at Dartmouth (NAD), which she calls “my base community. Because I have that support, I can do a lot of things. I’ve molded the Dartmouth experience to be my own.” She found a mentor in Nicholas Reo, an associate professor of environmental studies and Native American studies whose course on “Native Peoples and a Changing Global Environment” taught Canfield “how environmental policy and tribal policy interconnect in the contiguous United States.”

She interned with the Sustainability Office’s Eco Reps program, serves as standards chair for Epsilon Kappa Theta sorority and treasurer of Dartmouth American Indian Science and Engineering Society, and plays on the club ultimate team.

This winter, she participated in Boston University’s SEA Semester, sailing around New Zealand for six weeks. “I learned how to sail, how to process boat equipment, how to use scientific lab equipment, all while on a boat,” she says. Particularly meaningful to her was the opportunity to meet a number of Maori and learn about their relationship with the ocean. She applied for the Udall during port stops in between weeklong ocean voyages.

“Udall is perfect for me because it has the environmental policy side, but it also focuses on tribal policy and indigenous environmental problems,” she says. The scholarship includes a five-day conference in Tucson, Ariz., in August, where she will meet fellow Udall scholars.

“The Udalls had a big impact on my tribe—they’re the reason the Alaska Native Claims Settlement Act exists, which is the reason Alaskan Natives have access to land. So that aspect is really important to me, as well.” 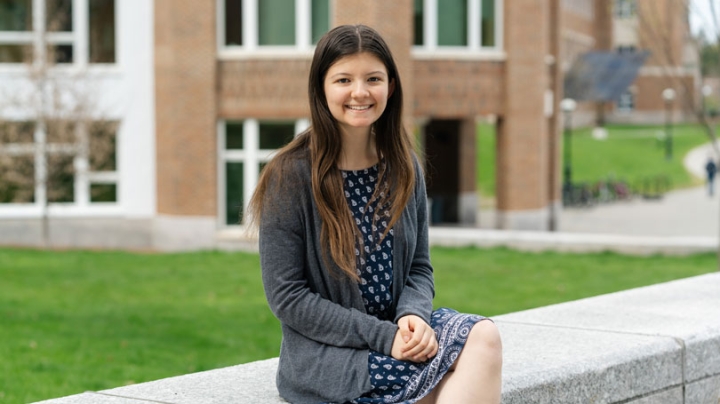 In the spring of her first year at Dartmouth, Emma Esterman took a class on genomics with Associate Professor Olga Zhaxybayeva.

“I was so nervous—it was a really small class, with grad students,” she says. “I went to Professor Zhaxybayeva the first week and was like, ‘I don’t know if I should be here.’ She was like, ‘You’ll be fine—just come to my office hours.’ So I went at least once a week and asked her millions of questions.”

After the term ended, Zhaxybayeva invited Esterman to work in her lab, studying bacteria that produce virus-like structures.

“I take protein sequences and turn them into evolutionary trees using bioinformatic programs to try to learn about the evolution of these weird virus-like particles,” she says. “I feel so thankful that she recognized that I could have some talent and wanted to take the time to teach me instead of trying to find someone who maybe already had some of the skills.”

Because of her work in the lab, Esterman had the chance to train with Dr. Eugene Koonin’s computational biology group at the National Center for Biotechnology Information, part of the National Institutes of Health. “That was an amazing opportunity to meet people in the field and hear about different applications of some of the same tools that I’m using,” she says.

While she is focused on her biology major, Esterman has also appreciated the opportunities she’s had to explore the liberal arts at Dartmouth. “I’m in an English course right now where we’re turning research into picture books,” she says. “It’s been really exciting. If I can draw my research and explain it to my 4-year-old sister, I can explain it to anybody.”

After Dartmouth, she hopes to pursue a graduate degree in computational biology and/or genetics. Her ultimate goal, she says, is “to do research that helps people.” To that end, she says that receiving the Goldwater scholarship has “reaffirmed for me that this is something I can do if I want to—and that what I’m doing is meaningful.” 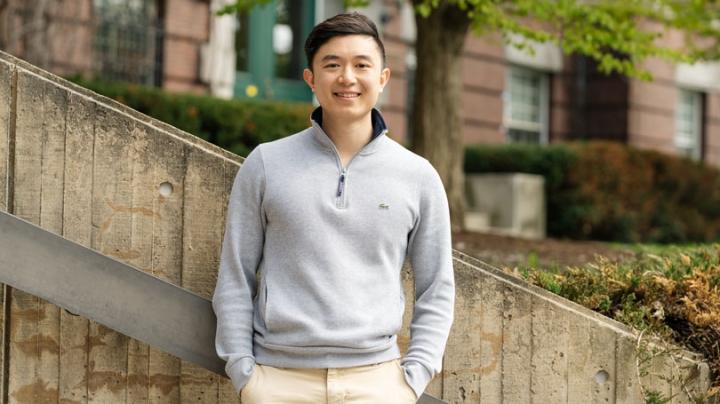 “Before that, I wanted to be an investment banker, but I found machine learning really interesting,” he says. “They say artificial intelligence is going to be like the new electricity—it’s going to change every industry. I like that the core idea of machine learning is so broad and that the mathematics of it is so beautiful. It’s what I want to do for the rest of my life.”

Back at Dartmouth, he started taking computer science classes and doing research with Saeed Hassanpour, a professor of biomedical data science at the Geisel School of Medicine. “He opened my mind to the broad range of applications of machine learning to health care,” Wei says.

His recent project created an algorithm for accurately reading lung-cancer images, which are usually read by pathologists. “We tested it against three pathologists at DHMC and the algorithm actually had a slightly higher performance,” he says. He has, to date, published three journal papers and had a workshop paper accepted at a machine learning conference.

Of the research opportunities he’s had at Dartmouth, he says, “I’m grateful that undergrads have extraordinary access to professors here.”

He plans to pursue a PhD to continue research in computer vision, which uses machine learning to read images. “I’m interested in how we can use state-of-the-art machine learning models to read medical images, or for security, or for self-driving cars—how it can be used to make society better,” he says.

Of receiving the Goldwater, he says, “I’m honored to have received the award, and I hope that more undergraduates at Dartmouth will pursue machine-learning-related research.”