The executive associate athletics director was a member of the athletics staff for nearly 20 years. 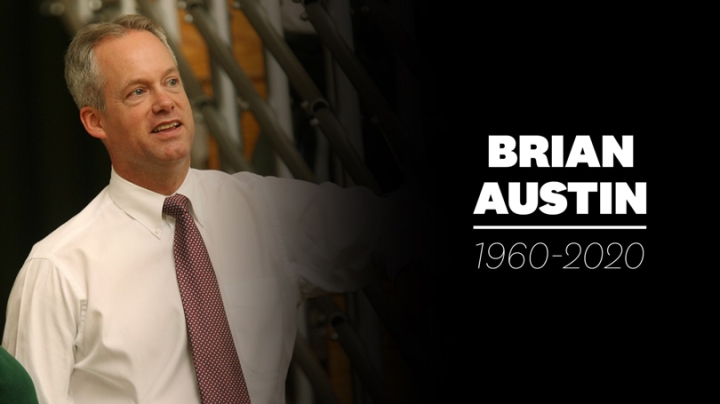 Brian Austin, the executive associate director of athletics for varsity sports and a member of the Big Green athletics staff for nearly two decades, died Jan. 27 at the age of 59 following a lengthy battle with cancer.

“Brian was a well-loved and respected member of the Dartmouth athletics staff for nearly 20 years,” President Hanlon wrote in the email. “An exceptionally talented athletic administrator, he had a rare gift for relating to his colleagues, and was a tireless advocate for his coaches and for all of Dartmouth’s student-athletes.”

Director of Athletics and Recreation Harry Sheehy remembers Austin as “one of the most talented athletic administrators I have ever had the pleasure to work with. He possessed the rare ability to build trust through truth. He was a rock in the department. He was highly respected and liked across the entire Dartmouth campus.

”On a personal level, I lose a great colleague and an even better friend. Our prayers go out to Brian’s wife, Bev, and to his daughters, Sarah and Kristina,“ he said.

Austin, a native of Keene, N.H., was appointed senior associate director of athletics at Dartmouth in 2002, and earned a promotion to the role of executive associate director in 2008. He was responsible for the daily operations of the Big Green’s 35 varsity sports, with direct oversight of various varsity teams throughout his tenure, most recently baseball, men’s basketball, equestrian, field hockey, men’s and women’s ice hockey, men’s lacrosse, men’s and women’s rowing, women’s rugby, sailing, and women’s volleyball.

A 1984 graduate of Amherst College, where he played baseball, Austin began his career in athletics as a baseball coach, working as an assistant at his alma mater and the University of Massachusetts from 1984 through 1986. After serving as an administrative intern at Syracuse University for a year and receiving his master’s degree from UMass in 1987, he was named assistant athletics director at Cornell University and spent nine years there, receiving a promotion to associate athletics director in 1994.

From 1996 to 2002, Austin served as the director of athletics at Transylvania University in Lexington, Ken. During his six years at Transylvania, he led the transition of the college’s athletics program to NCAA Division III, secured membership in the Heartland Collegiate Athletic Conference, and oversaw the construction of a new athletic center and baseball facility.

”Anyone who knew Brian,“ wrote Hanlon in his email message, ”knew that he was dedicated to ensuring the best possible experience for every student-athlete and for every staff member. To Brian, the best life was not one completely wrapped up in the athletics department—or for that matter, in any department. The best life was a well-rounded life, with family at the center, and he wanted that for all those who worked with him. His commitment to their welfare was legendary." 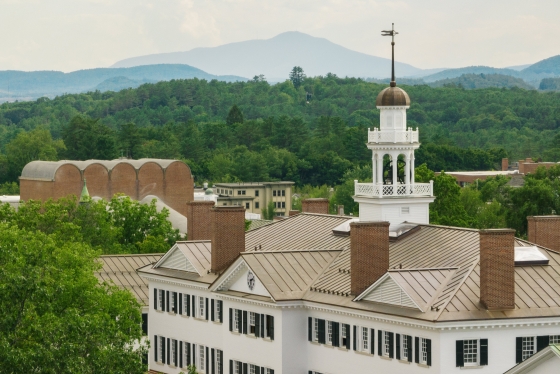