A native of Hamilton, Mass., the two-time team captain is majoring in economics. 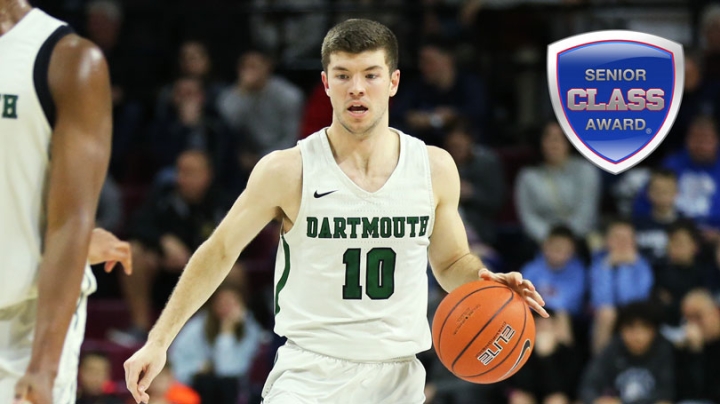 Twenty NCAA men’s and women’s basketball student-athletes who excel both on and off the court were selected as finalists today for the 2019-20 Senior CLASS Award, and Dartmouth guard James Foye ’20 was among.

To be eligible for the award, a student-athlete must be classified as an NCAA Division I senior and have notable achievements in four areas of excellence: community, classroom, character, and competition.

The two-time team captain is one of just four players in Dartmouth’s history to hit 100 or more 3-pointers in a career at a 40% clip or better (.410). Foye has started every game since the start of his junior year (49) with over 500 points in those contests, and twice he has scored as many as 25 points in a game on the strength of seven trifectas, most recently at Georgia State on Dec. 3.