The dean also discussed budgetary concerns and priorities for the 2022 fiscal year. 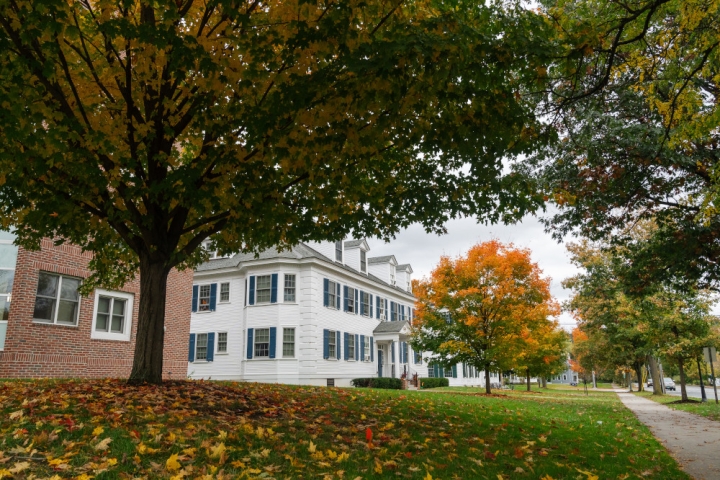 In her annual reception Monday welcoming arts and sciences faculty back for fall term, Dean of the Faculty of Arts and Sciences Elizabeth Smith acknowledged the unusual, virtual nature of an event designed for reconnecting with old colleagues and meeting new ones. She said farewell to longtime registrar Meredith Braz, who will retire at the end of this month; provided an update on arts and sciences’ progress on the Dartmouth response to concerns raised by Black faculty members regarding racial injustice and the Black Lives Matter movement; and discussed budgetary concerns.

Creating the ‘Community We All Desire’

Smith opened her remarks by highlighting the importance of the Dartmouth community.

“The sense of community we share at Dartmouth is one of our greatest strengths as an institution,” she said. “I think it’s important to preserve and protect and celebrate that. It has gotten much harder as most of us our still working most days remotely. I do hope that the simple act of gathering today helps in some way.”

Smith also highlighted the division’s role in Dartmouth’s response to a call by concerned Black faculty, staff, students, and alumni to create an inclusive, equitable, and anti-racist culture at Dartmouth.

Matthew Delmont, the Sherman Fairchild Distinguished Professor of History, who in July was named special advisor to President Hanlon to consult on matters involving faculty equity, diversity, and inclusivity, meets weekly with Smith to discuss recruiting and retaining a diverse faculty, as well as potential curricular changes to teach faculty and students about racism, bias, and anti-racism.

As one step, the Class of 2024’s Shared Academic Experience featured a lecture by Sonu Bedi, the Joel Parker 1811 Professor in Law and Political Science and director of the Ethics Institute, using his book Private Racism as the launching point.

Of eight searches for arts and sciences faculty members approved this summer, three include topics of race: a government or philosophy faculty member with research expertise in philosophical issues related to race and ethnicity and/or African American political thought; a historian of the Black diaspora in the era of the Atlantic slave trade; and a sociology scholar with teaching and research expertise in race and ethnicity.

“This is just the beginning of our work in addressing the concerns of our Black, Indigenous, and people of color community members,” Smith said. “I look forward to working with all of you to create the inclusive and welcoming community we all desire.”

During the meeting, Smith thanked the arts and sciences departments for reducing their spending in the fourth quarter of the past fiscal year and the current fiscal year, which began on July 1, to help address revenue losses due to COVID-19. She cautioned that additional reductions would be necessary to help counter a structural institutional deficit that existed before the pandemic.

That structural deficit is a result, in part, of deferred maintenance and new initiatives, Smith said. Each unit at Dartmouth has been given preliminary budget-reduction targets to help address the shortfall.

Arts and sciences’ target for the 2022 fiscal year is currently just over $6 million and is expected to rise to $8 million by the 2024 fiscal year, Smith said. “It’s a worrisome and unpleasant topic, but I feel like it is my responsibility to be honest and transparent with you as well as update you in a timely manner.”

Members of Dartmouth’s budget committee and the Provost’s Council on Priorities are working to find ways to address the deficit that will “reduce the painful cuts we need to make,” and to ensure that the distribution of reductions takes into account their effect on Dartmouth’s core mission, she said.

Arts and sciences program and department chairs have been asked to work with their administrators to identify priorities within their areas to help with budget reduction deliberations, she said. Some of the reduction will be by attrition. Each year a number of faculty and staff positions are vacated and some fraction of these would remain unfilled for the foreseeable future.

“I firmly believe that decision making during these times requires scrupulous and vigilant attention to positioning our principles and core values always at the center of deliberation,” said Smith. 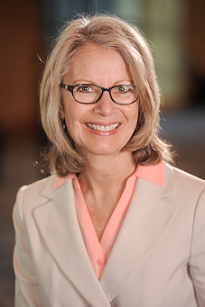 Braz, who served as Dartmouth’s registrar for 14 years, had planned to retire in June. But because the pandemic would likely interrupt the search for her replacement, she decided to keep working through September.

“That is the kind of responsible leadership Meredith has always embodied,” said Smith, who lauded Braz for transforming the way the Office of the Registrar supports faculty and students to meet the institution’s academic mission.

Sharing a sentiment many of her colleagues would echo during the meeting, Smith praised Braz’s professionalism.

“I have watched her navigate some very challenging situations … and I have to say, I have never once witnessed her lose her composure or her patience,” she said, and then addressed Braz directly. “I will miss your wisdom, your insights, and creative problem-solving. But I could not be happier for you and the opportunity you’ll now have to spend more time with your family and friends.”

Reflecting on her time at Dartmouth, Braz, who was awarded emerita status by trustees at their meeting this past week, expressed gratitude to the many people who supported her with advice and assistance.

“Dartmouth is an excellent, excellent place to work and experience your life and all that’s around you,” she said. “I’m happy to have had this opportunity to know you and work with you and collaborate with you as colleagues. I wish you warm wishes from the bottom of my heart.”

President Philip J. Hanlon ’77 compared the registrar position to the Wizard of Oz: somewhat mysterious, rarely seen, and “eminently powerful.” But unlike Oz, Braz has been “the real deal”—kind beyond measure, and “one of the most dedicated professionals I know,” Hanlon said. “All of us gathered here know just how critical your role is this institution.”

Hanlon expressed his gratitude for Braz’s accomplishments, including keeping Dartmouth current with technology, and for her most recent contributions.

“I can’t think of anyone I would have rather had at the helm of the registrar’s office to meet the challenges presented by COVID last spring,” he said. During her tenure, Bratz kept the ship running smoothly and did so “in the best possible way, by modeling the very highest standards and aspirations we have for our community.”

During her tenure, Braz completed more than 100 special projects, including adopting Banner—Dartmouth’s student information system; the online course approval routing system; the online course catalogue; and online grading. In addition to her work at Dartmouth, she served in leadership roles for the regional New England Association of Collegiate Registrars and Admissions Officers and the national organization of the American Association of Collegiate Registrars and Admissions Officers.

While they were unable to toast Braz in person, members of the Dartmouth community took turns passing the virtual microphone to honor Braz and wish her well.

Braz represents “the quintessential quiet strength in a leadership team,” said Carol Folt, a former provost and a former interim president at Dartmouth. “You (lead) in your own way, with this incredible quiet competence and amazing feeling of ethics, which we all value … and belief in diversity and what that really means for building a team.”

Michael Mastanduno, former dean of arts and sciences, agreed. After first learning about “quiet leadership” style from Braz, he researched the topic and was struck by how the characteristics of such leaders—they bring out the best in others, focus on solutions rather than problems, and accentuate the positive—“define Meredith herself.”