Faculty Discuss Ginsburg’s Life and Legacy, and the Battle Ahead 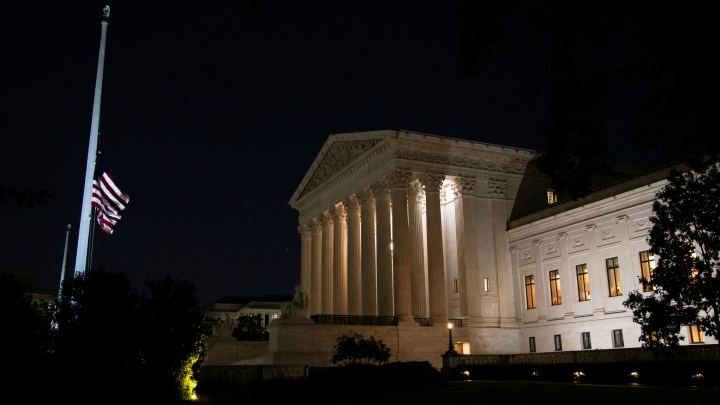 When Justice Ruth Bader Ginsburg died on Friday, she left behind a legacy that historians and legal scholars will be studying for many years. Dartmouth faculty reflect on Ginsburg’s legal battles, personal struggles, and constitutional legacy, and what is at stake in the unfolding political battle to name her replacement. Read more.
9/23/2020
Body

When Justice Ruth Bader Ginsburg, a giant in the legal struggle for equal protection under the law regardless of sex or gender, died Friday at the age of 87, she left behind a legacy that historians and legal scholars will be studying for many years. Here Dartmouth faculty reflect on Ginsburg’s legal battles, her personal struggles, her constitutional legacy, and what is at stake in the unfolding political battle to name her replacement on the Supreme Court. 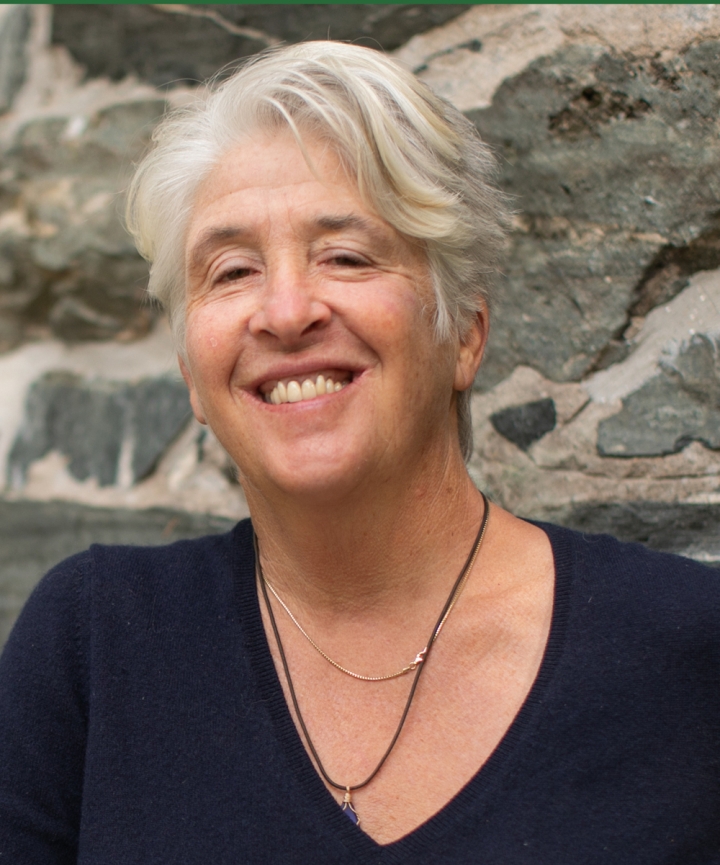 “We can’t really imagine how limited women’s rights were going into the mid-’60s and early ’70s,” says Annelise Orleck, a professor of history and of women’s, gender, and sexuality studies.

A woman could not get a loan or start a business or sign a contract unless it was co-signed by her husband. Ruth Bader Ginsburg’s pioneering work with the American Civil Liberties Union’s women’s rights division had already won a series of legal battles expanding these rights for women when President Bill Clinton named her to the Supreme Court in 1993, Orleck says.

Ginsburg argued six of those ACLU cases before the high court, building precedent for equal legal rights regardless of sex. “We cannot overstate her impact on creating due process and equal treatment under the law for men and women.”

Ginsburg’s legal arguments were bold and strategic, Orleck notes. She prevailed, for example, in 1975 before the Supreme Court on behalf of a husband who’d been denied Social Security spousal benefits, primarily because the Social Security Act of 1935 did not foresee a husband caring for children and a wife working.

“She argued for sexual equality under the law, understanding that she had to convince male judges, so in many cases she represented the rights of male clients.” 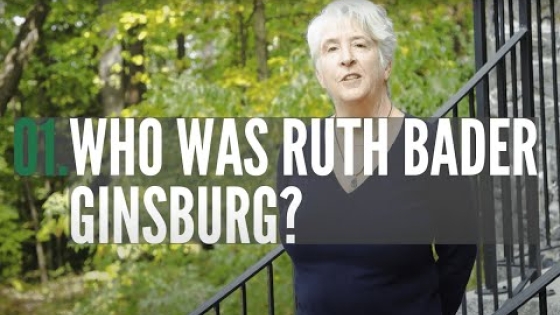 Ginsburg’s ability to persuade gave her many important legal victories before she was on the Supreme Court. As a justice, she had a powerful influence even when she was on the losing side of a decision, says Jennifer Jerit, a professor of government whose work focuses on public opinion and political psychology.

“It was with her dissents that she gained notoriety as a justice, in one case motivating Congress to change federal law in accordance with her dissenting position,” Jerit says, referring to the Lilly Ledbetter Fair Pay Act.

“Her accomplishments and resilience in the face of personal and professional setbacks have inspired people across the age spectrum,” Jerit says. “My son is 11 and he’s a huge fan of RBG. Few politicians achieve such status in pop culture, and even fewer Supreme Court justices.” 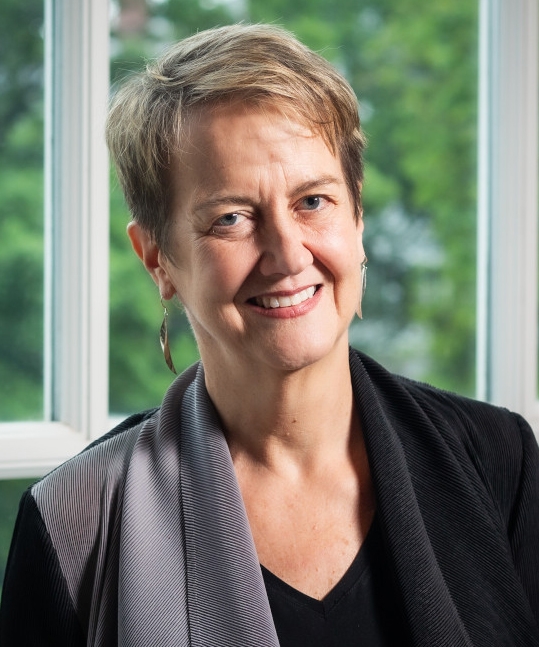 Ginsburg inspired many not only through her work for civil rights and women’s rights, but also through the example of how she lived, says Professor of Philosophy Susan Brison, the Eunice and Julian Cohen Professor for the Study of Ethics and Human Values.

“What I’ve been so struck by in recent years is how she exemplified human flourishing, the philosophical ideal of living a good life. I don’t mean that she had an easy life—she had many challenges—but she didn’t sacrifice a part of herself in order to succeed.”

For a generation of women who came of age in the ’60s and ’70s, there was the idea that if you pursued a career, it would require sacrifice in other areas of life, Brison says.

“For her to accomplish everything that she did for others without foregoing a very rich personal and family and cultural life, that’s very inspiring.”

And with her status as a pop icon in her 80s, Ginsburg also challenged the ageism that underlies our culture, Brison says.

“During this pandemic we’ve seen, in our country anyway, how so many people don’t value sufficiently the lives of the elderly. But I think if we really look at Ginsburg as an example, we might learn some things about valuing people across their entire lifespan, especially women.” 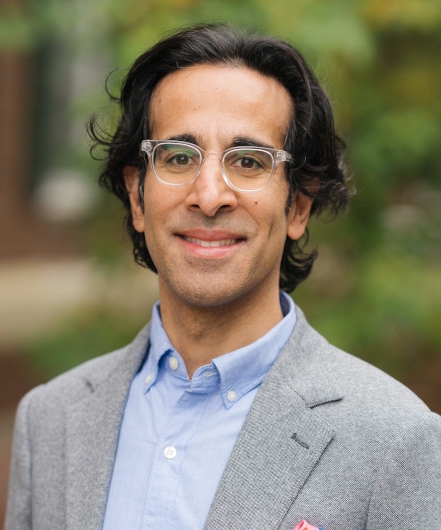 A discussion about the relationship between Ginsburg and conservative Justice Antonin Scalia was part of the Shared Academic Experience, an orientation seminar for new students led this year by Sonu Bedi, the Joel Parker 1811 Professor in Law and Political Science and the Hans ’80 and Kate Morris Director of the Ethics Institute.

The justices’ friendship is a wonderful example of “the practice of disagreement,” the theme of his seminar, says Bedi. In his constitutional law class, he often shows students a video of Ginsburg speaking at the Virginia Military Institute, the subject of a 7 to 1 Supreme Court ruling that opened the school to women cadets. The sole dissent in that case came from Scalia.

“In that talk, she says Justice Scalia’s dissent in this case was of course spirited, and that her majority opinion was stronger and better as a result,” Bedi says. “Ginsburg and Scalia embody this ‘practice of disagreement’ that I think we would all do well to remember, because oftentimes we think of people who disagree with us as obstacles or enemies rather than as interlocutors.”

Ironically, the battle over naming a replacement to fill Ginsburg’s seat on the Supreme Court illustrates what can happen when this practice of disagreement breaks down, Bedi says. 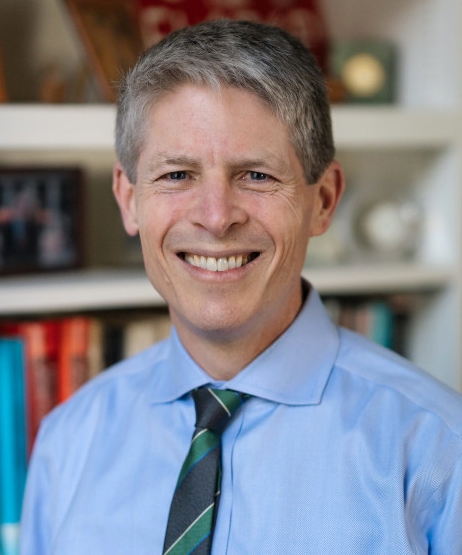 The hyper-partisan battle over naming a new justice to fill Ginsburg’s seat within weeks of an extremely polarizing presidential election is likely to further destabilize American politics, says John Carey, the John Wentworth Professor in the Social Sciences and associate dean of social sciences.

Carey, with colleagues from Dartmouth, the University of Chicago, and the University of Rochester, directs Bright Line Watch, a project to monitor the resilience of American democratic institutions. In the past four years, the site has documented a decline in democratic performance according to regular surveys of hundreds of political scientists.

President Donald Trump’s push for a Senate vote on his court nominee before the election could undermine Americans’ faith in the independence of the Supreme Court, Carey says. And if he succeeds, the Democrats’ reaction could exacerbate the problem.

“To me, one of the nightmare scenarios, if this is pushed through and the Democrats take the presidency and the Senate—there’s no guarantee, but it’s certainly possible—then they’re going to be highly motivated to take some steps that we haven’t seen in more than a hundred years, which would be to change the size of the court.”

That could result in a series of retaliatory moves whenever a party has a unified government, he says.

“If we get to that point, the status that the court has had during our lifetimes is gone—the court becomes just an extension of electoral politics,” Carey says.

“If you’d asked me a week ago if I could imagine the stakes in this election being any higher, I would have said no, we’re at the top of the scale here. But the stakes just went up.”