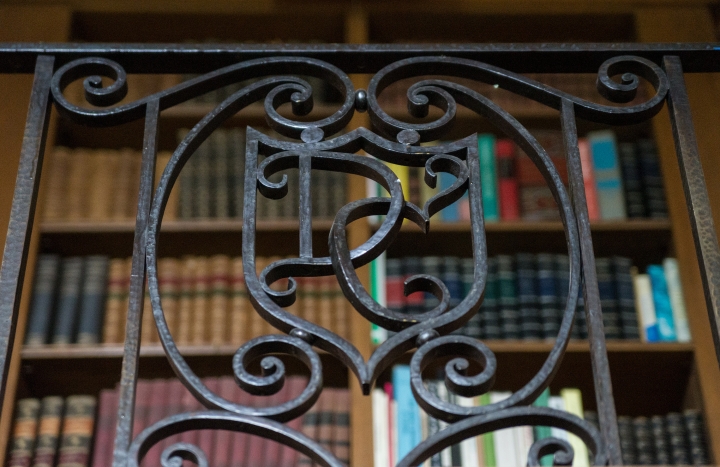 The Middle East Studies Association of North America awarded Zahra Ayubi, an assistant professor of religion, an honorable mention in the 2020 Fatema Mernissi Book Award. Ayubi was recognized for her book Gendered Morality: Classical Islamic Ethics of the Self, Family, and Society. “Ayubi’s work finally puts gender into a study of medieval Islamic philosophy and ethics, fields of study about male medieval scholars and peopled almost exclusively by modern male scholars,” noted the awards committee.

Maurice Crandall, an assistant professor of Native American Studies, has received two awards from the Western History Association for his book These People Have Always Been a Republic: Indigenous Electorates in the U.S.-Mexico Borderlands, 1598-1912. The book, published last year, was selected for the 2020 David J. Weber-William P. Clements Prize and the 2020 Caughey Western History Prize for the most distinguished book on the American West. The prize committee members were “extremely impressed with the originality of These People Have Always Been a Republic, its scope, and its significant contribution” to the field of America’s Southwest and western history, says Elaine Nelson, the association’s executive director. In receiving the Caughey prize, Crandall joins Colin Calloway, the John Kimball, Jr. 1943 Professor of History, who won the prize in 2004 for his book One Vast Winter Count.

The Middle East Studies Association of North America (MESA) awarded Dale Eickelman, the Ralph and Richard Lazarus Professor of Anthropology and Human Relations emeritus, the Jere L. Bacharach award for service. Eickelman, who directs the Dartmouth College-American University of Kuwait Program, received the award via Zoom at the MESA annual meeting on Oct. 10. The award recognizes Eickelman for his work bringing “people from all over the world into conversation with one another and into professional Middle East studies.” Eickelman shares this year’s award with James Goode, professor emeritus of history at Grand Valley State University. Eickelman has also been honored by Brill Publishers with a Festschrift, a collection of writing in honor of a notable scholar. The Festschrift honoring Eickelman is titled Knowledge, Authority and Change in Islamic Societies: Studies in Honor of Dale F. Eickelman. “Senior scholars of Islamic studies and the anthropology of Islam gather in this volume to pay tribute to one of the giants of the field, Dale F. Eickelman,” Brill editors write.

Lecturer Sean Griffin’s first book, The Liturgical Past in Byzantium and Early Rus, is this year’s winner of the W. Bruce Lincoln Book Prize. The prize is sponsored by Mary Lincoln in honor of her late husband, W. Bruce Lincoln, and is awarded annually by the Association for Slavic, East European, and Eurasian Studies for an author’s first published monograph or scholarly synthesis that is of exceptional merit and lasting significance for the understanding of Russia’s past.

This year’s Moscow Rating prize for Best Book of Poetry went to Associate Professor of Russian Mikhail Gronas. Earlier this year, Gronas published his long-awaited second book of poetry, A Short History of Attention. It had been over 10 years since his first book, My Dear Orphans.

Associate Professor of Engineering Jifeng Liu has been elected a fellow member of The Optical Society (OSA). Founded in 1916, OSA is the leading professional association in optics and photonics, home to accomplished science, engineering, and business leaders from all over the world. Fellow membership in OSA is limited to no more than 10% of the membership and is reserved for members who have served with distinction in the advancement of optics and photonics. Liu is being honored specifically for contributions “to germanium-based active photonic devices monolithically integrated on silicon,” according to the OSA website.

John Lynch, a clinical professor at the Tuck School of Business and former governor of New Hampshire, was presented the Lifetime Achievement Award by the Business & Industry Association—New Hampshire’s statewide chamber of commerce, which honored Lynch for his bipartisan leadership and support of a state research and development tax credit.