The institution is preparing to address an external review committee’s recommendations. 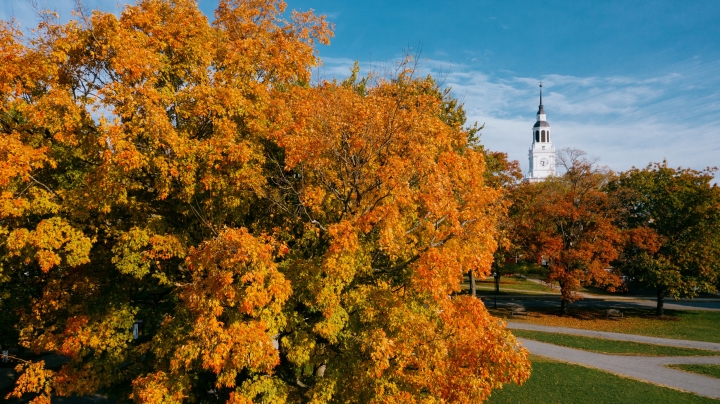 Dartmouth is preparing to address the initial recommendations from an external committee charged with assessing progress made by the Campus Climate and Culture Initiative (C3I), an undertaking aimed at preventing sexual misconduct and other abuses of power at Dartmouth.

The External Advisory Committee’s report of the first year of work in C3I, called Summary of Key Findings and Recommendations, can be found on the C3I website.

Launched in 2019, C3I is a critical aspect of Dartmouth’s ongoing drive to achieve its campus climate goals—namely, a campus that is diverse, welcoming, inclusive, and equitable for all.

“We will not rest until we achieve our aspirations for this initiative and, most importantly, for our culture at Dartmouth,” says President Philip J. Hanlon ’77. “It’s clear that our biggest challenge is to break down institutional silos in order to achieve the full operational integration of the training, processes, and behaviors we desire. That will take time, but we will get there.”

According to the committee, which has been chaired by Gilda Barabino, the recently appointed president of Olin College of Engineering, C3I has made progress in beginning to define itself and its associated activities. Chief among them have been climate surveys, mandatory Title IX training, establishment of the C3I Ambassadors, and leadership training. Those involved with C3I have worked closely with Dartmouth’s Title IX office, the Sexual Violence Prevention Program, and the Office of Diversity and Equity.

The initiative’s first year saw Dartmouth’s adoption of the full 2018 National Academies of Sciences, Engineering, and Medicine report on sexual harassment; expansion of the Title IX Office; and the development and implementation of a single, unified sexual misconduct policy for Dartmouth students, faculty, and staff.

In addition, as of the end of September, 98% of faculty and 99% of staff have completed mandatory Title IX training. Departmental climate reviews, developed in collaboration with University of Michigan Professor Abigail Stewart and led by Dartmouth Professor of Engineering Vicki May, are underway. The reviews are scheduled to take place through spring 2022.

Beyond defining a framework and an initial set of activities, C3I will need to chart a course for the future that makes the initiative a more integral part of the College, with higher visibility and authority, and a clear set of metrics on which to judge progress, the committee said.

“I’m grateful to the advisory committee for highlighting where we need to focus our work in the immediate term. Their feedback is paramount as we continue on our path,” says President Hanlon.

Among the important first steps, Dartmouth is moving C3I and its other campus climate initiatives—Inclusive Excellence and Moving Dartmouth Forward—to be included in the work of the newly created position of senior vice president for institutional diversity and equity and chief diversity officer. A search to fill the position, which will report to Hanlon, is underway.

The external C3I committee was originally chaired by Barabino, who is a member of the National Academies’ task force. She stepped down from the external committee following her Olin appointment. Also having stepped down, following her appointment to Dartmouth’s board of trustees in July, is Susan Finegan ’85, a partner in the litigation section and chair of the pro bono committee at the Mintz Levin law firm.

Two new members have since joined the committee—Jandel Allen-Davis ’80, MED ’84, the president and CEO of Craig Hospital in Denver, Colo.; and Carol Muller ’77, executive director of Wise Ventures, a Stanford University program that encourages research-based programs to advance equity in science, engineering, mathematics, and the social sciences, across the Stanford community.

They join committee members Cynthia Barnhart, chancellor of the Massachusetts Institute of Technology; Joanne Conroy ’77, a physician and president and CEO of Dartmouth-Hitchcock Health; and William Scheiman ’14, a consultant at Bain & Co. and a former member of Dartmouth’s Student and Presidential Committee on Sexual Assault.

For more information on C3I and to read a summary of the report, visit the C3I website.