Hillel to Become a Nonprofit Organization 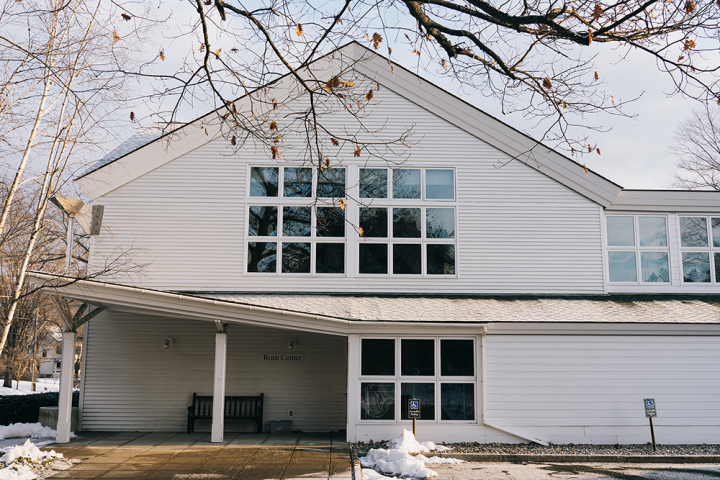 Dartmouth College Hillel, a decades-old organization dedicated to providing resources to help students express and explore Judaism on campus, is set to become an independent nonprofit 501(c)(3) organization with the support of Dartmouth and Hillel alumni.

“This is a very exciting time for Hillel,” says Evan Konwiser ’03, Tuck ’08, president of the Hillel Board of Directors. “The Roth Center opened over 20 years ago, launching the current era of Jewish life at Dartmouth. And now we are prepared to join the more than 90% of independent college and university Hillel organizations across the nation and around the world. With this next step, Hillel is poised to strengthen the Jewish student experience at Dartmouth.”

The move to organizational independence—which was put forward by Hillel’s alumni board in consultation with current students and Dartmouth leaders over the past two years—is expected to take effect by July 1. It will give the group the autonomy to expand its administrative staff, raise money, and coordinate more closely with Hillel International, the largest Jewish student organization in the world.

The change will also bring Hillel more in line with most other university Hillel organizations, including every other Ivy League institution, and will help increase Hillel’s impact and visibility—all goals in the group’s strategic plan.

What will remain the same is the student experience, says Dean of the College Kathryn Lively.

“It’s a structural change, one that Dartmouth fully supports. Both Hillel and Dartmouth are committed to providing a meaningful Jewish experience for students,” Lively says.

Hillel International CEO and President Adam Lehman ’89, agrees. “We are excited to be supporting Hillel in this next step at Dartmouth and look forward to making it a reality over the next six months,” he says.“ As someone who personally benefited from Jewish life experiences during my time at Dartmouth, I’m particularly excited for what this next phase in Hillel’s development will mean for Dartmouth’s Jewish students and for the broader Dartmouth community.”

With the change, the new independent Hillel organization will join the 24 religious organizations that make up Dartmouth’s United Campus Ministry through the Tucker Center for Spiritual Life—representing Jewish, Hindu, Muslim, Christian, Buddhist, and other faiths—as a legal entity, separate from Dartmouth.

Under the framework for recognition of student faith-based organizations, Hillel student leaders and members will continue to utilize campus facilities and resources, engage in Shabbat and holiday services for the Dartmouth community, and organize social activities and service and experiential learning opportunities from the organization’s home base at the Roth Center for Jewish Life, which opened in 1997.

Hillel International is a global organization that welcomes students of all backgrounds and fosters an enduring commitment to Jewish life, learning and Israel on 550 campuses worldwide. Hillel is dedicated to enriching the lives of Jewish students so that they may enrich the Jewish people and the world.