The renowned chemist and former trustee was chancellor of UC San Diego. 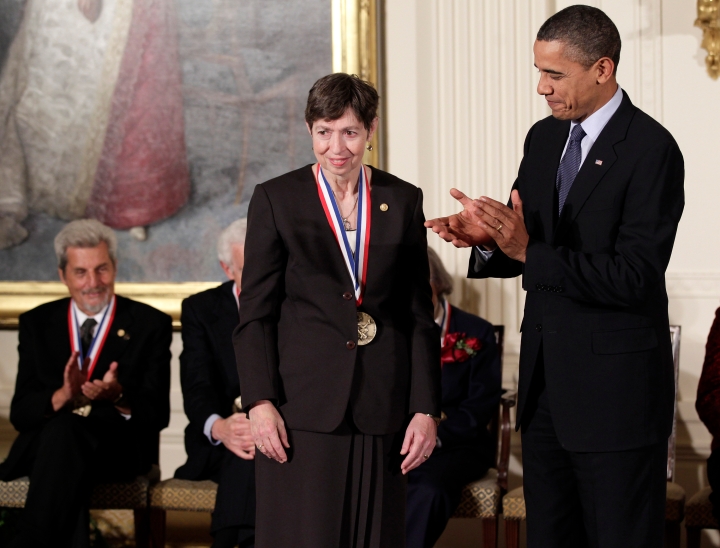 Before she was a Dartmouth trustee, or the seventh chancellor of the University of California San Diego, or the first woman chancellor of North Carolina State University; before she was a fellow of the American Association for the Advancement of Science and the American Academy of Arts and Sciences; before President Barack Obama awarded her the National Medal of Science; before her research in organic photochemistry and electrochemistry received international awards; before Esquire magazine named her “Best of the New Generation,” Marye Anne Fox, Guarini ’74—who died in May after a long struggle with Parkinson’s disease—earned her PhD in chemistry at Dartmouth.

“Her first husband’s appointment at the Dartmouth Medical School brought Marye Anne to our chemistry department for her graduate work, and I had the great good fortune to have her join my research group,” says David Lemal, the Albert W. Smith Professor of Chemistry Emeritus.

Lemal remembers Fox—who earned her bachelor’s degree at Notre Dame College of Ohio and whose research has had applications in everything from materials science to solar energy—as an “extremely smart and energetic” student.

“She needed very little guidance from me, but in later years gave me undeserved credit for getting her started on her illustrious career,” he says.

Jane Lipson, the current Albert W. Smith Professor of Chemistry, calls Fox “one of our most successful PhD students—and steadfastly committed to opening doors for women and others in science who have come after her.”

After Dartmouth, she joined the faculty of the University of Texas at Austin, where she was honored for both her teaching excellence and her innovative research, and was appointed vice provost for research. In 1998, North Carolina State tapped her as chancellor, a role she held until 2004, when she took up the leadership of UC San Diego. She retired in 2012, but not before publishing a great deal of peer-reviewed research and earning dozens of national and international honors, fellowships, and recognitions—including an honorary degree from Dartmouth.

In 2011, former Dartmouth president Jim Yong Kim put Fox’s name forward as a charter candidate for the board of trustees—and in June of that year, she became the first non-undergraduate alumna member.

“Marye Anne was a brilliant chemist, innovator, and nationally recognized academic leader,” says Kim. “A trailblazer all of her life, she never stopped advocating for more opportunities for women in science and in leadership. That she was the first trustee with a PhD from Dartmouth, and not an undergraduate degree, was significant to me. I was grateful for her wisdom and inspiration on the board.”

A trailblazer all of her life, she never stopped advocating for more opportunities for women in science and in leadership.

Steve Mandel ’78, who chaired the board during Fox’s tenure, remembers her as “an accomplished leader with immense credibility whose sharp insight and deep experience in higher education provided a valuable perspective to important board deliberations and decisions.”

On June 3 and 4, the Dartmouth flag was lowered in Fox’s memory. 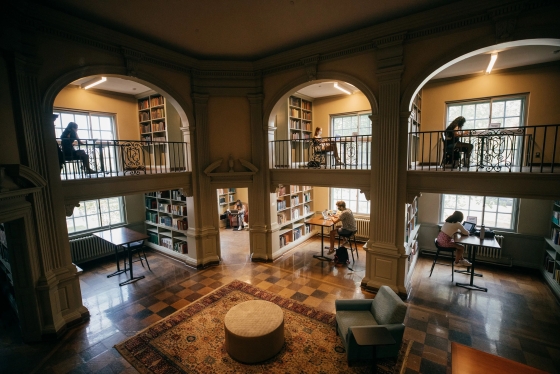