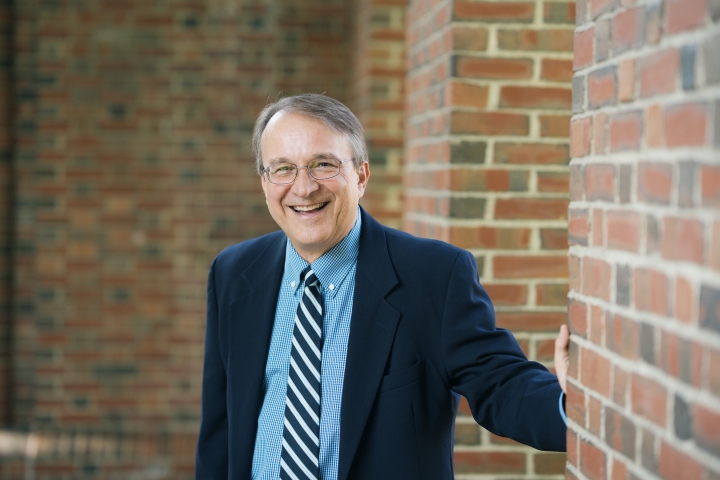 Economics professor Doug Staiger has co-authored a report that found students who did remote or hybrid learning during the COVID-19 pandemic were lagging in their academic progress. (Photo by Eli Burakian ’00)
7/19/2022
More Reading

'Sparking' Research About Life During the Pandemic

According to a new study, students in grades 3 through 8 across the United States lost as much as 20 weeks of academic progress during the 2020-2021 school year as a consequence of remote and hybrid learning at the height of the COVID-19 pandemic.

“That gives you an idea, if you’re half a year behind, what the challenges are here,” says economist Doug Staiger, the John Sloan Dickey Third Century Professor in the Social Sciences, who was part of the research team.

“Think about a fourth grader who is starting a new academic year five months behind where they should be in math. We’re trying to emphasize that this is a really big challenge. And people shouldn’t be thinking about doing something small to catch up.”

The good news, says Staiger, is school districts received a total of about $190 billion in COVID relief money through the American Recovery Act, particularly high-poverty districts, that tend to have larger learning gaps in normal years, and which were more likely to remain remote for longer periods of time.

“The question is, how will this money be spent? There are a lot of other priorities, capital expenses, technology. What we are really trying to emphasize is that districts should be spending it on instructional supplements to get the kids caught up.”

The report, The Consequences of Remote and Hybrid Instruction During the Pandemic, was published by Harvard’s Center for Education Policy Research. It acknowledges that some of the possible responses school districts might use to make up for lost academic achievement—extending the school year or extending the school day over a period of years, intensive tutoring for all students in small groups, accelerating instruction in other ways, or some combination of those options—will be considerably more expensive per hour of instruction.

The researchers write, “School districts urgently need to reassess their plans and ensure that the scale of their catch-up efforts matches the magnitude of their students’ losses. If they don’t, we will see the largest widening in educational inequity in a generation.”

While the $190 billion in American Recovery Plan money to schools only requires that 20% of school district funding be spent on instruction, the researchers call on districts, particularly high-poverty districts, to spend nearly all the relief funding on instruction.

The research group has also begun a new study using the same data methods to examine nine major school districts that have adopted some of these makeup methods, in order to offer data on which approaches are most successful, Staiger says. Among the nine districts included in the follow-on study are the Guilford County Schools in North Carolina, a district of about 70,000 students which includes Greensboro, and the Richardson Independent School District in Texas, a Dallas-area district of about 40,000 students.

Tom Kane, Staiger’s longtime research associate and head of the Center for Education Policy Research, has met with White House and Department of Education officials to discuss the challenges facing school districts. Staiger will speak to the New York Association of School Boards in Albany in August to present the report findings.

“There’s a very big appetite for this message. People get it,” Staiger says. The research group hopes to get a conversation going on the national level that brings in all the players, Staiger says, including governors, politicians, heads of teachers unions, education foundation officials, teachers, administrators, and parents.

“I feel like you have to get all the parties on board with the idea that this is an important moment and we have to take some big steps and it shouldn’t be business as usual,” he says. “If we don’t do anything, I’m worried we’re going to be seeing this for a decade, including in things like college attendance, career success, and long-term quality of life.”