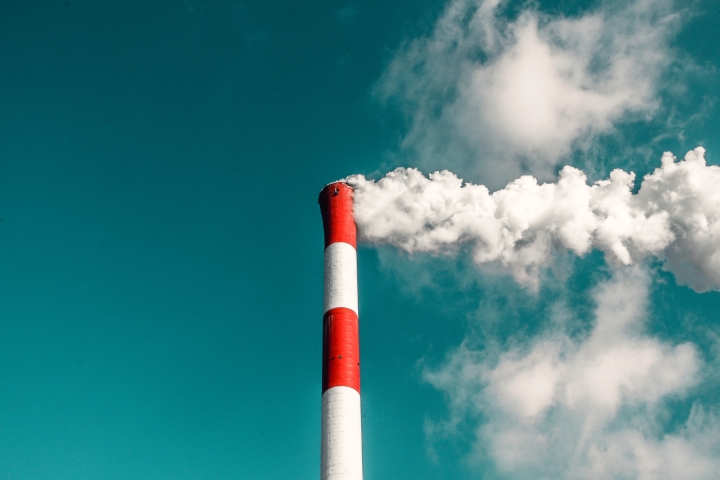 A Dartmouth study calculates the economic impact of warming from greenhouse gas emissions by individual countries. (Photo by Veeterzy on Unsplash)
7/12/2022
More Reading

Finding Predictability in the Uncertainty of Snow Drought

A sound scientific basis exists for climate liability claims between individual countries, according to a Dartmouth study released today.

The study is the first to assess the economic impacts that individual countries have caused to other countries through their contributions to global warming. The research draws direct connections between cumulative emissions per nation of heat-trapping gases to losses and gains in gross domestic product in 143 countries for which data are available.

The study, published in the journal Climatic Change, provides an essential basis for nations to make legal claims for economic losses tied to emissions and warming, according to the researchers.

“Greenhouse gases emitted in one country cause warming in another, and that warming can depress economic growth,” says Justin Mankin, an assistant professor of geography and senior researcher of the study. “This research provides legally valuable estimates of the financial damages individual nations have suffered due to other countries’ climate-changing activities.”

Among the data, the research found that five national emitters of greenhouse gases caused $6 trillion in global economic losses through warming from 1990 to 2014.

According to the study, emissions from the U.S. and China, the world’s two leading emitters, are responsible for global income losses of over $1.8 trillion each in the 25-year period from 1990. Economic losses caused by Russia, India, and Brazil individually exceed $500 billion each for the same years. The $6 trillion in cumulative losses attributable to the five countries equals about 11% of annual global GDP within the study period.

“This research provides an answer to the question of whether there is a scientific basis for climate liability claims—the answer is yes,” says Christopher Callahan, Guarini ’23, first author of the study. “We have quantified each nation’s culpability for historical temperature-driven income changes in every other country.”

This research provides an answer to the question of whether there is a scientific basis for climate liability claims—the answer is yes.

Warmer temperatures can cause economic losses for a country through many pathways, such as lowering agricultural yields, reducing labor productivity, and decreasing industrial output.

In addition to losses, the research also values the economic benefits derived from warming caused by country-level emissions but highlights that the large gains disproportionately benefitting some countries do not negate the losses suffered in others.

The study focuses on the economic impacts of temperature change as a consequence of emissions, not other effects of emissions such as those on air quality. Data presented in the study quantifies economic impacts based on distinct greenhouse gas emissions accounting schemes, considering those emissions that happened within a country’s territory versus the emissions embodied in international trade.

“Irrespective of the accounting, warm counties have warmed and lost income because of it, while colder countries have warmed but enjoyed economic gains,” says Mankin. “The responsibility for the warming rests primarily with a handful of major emitters, and this warming has resulted in the enrichment of a few wealthy countries at the expense of the poorest people in the world.”

For years, researchers have worked to establish direct legal links between economic loss and emissions of greenhouse gases such as carbon dioxide, methane, and nitrous oxide. Previous studies have provided estimates on the total, global level of economic loss but could not determine the warming attributable to individual nations, undermining efforts to hold emitting countries accountable for legal damages because of the uncertainties involved.

By creating an analytical framework that links emissions from individual countries to the losses and gains in every other country, the Dartmouth research team hopes to help resolve questions of climate liability and national accountability to inform climate policy.

“For the first time, we have been able to show clear and statistically significant linkages between the emissions of specific countries and historical economic losses experienced by other countries,” says Callahan. “This is about the culpability of one country to another country, not the effect of overall global warming on a country.”

The team from the Climate Modeling & Impacts Group says that the study discredits the idea that climate mitigation is simply a “collective action problem,” where no one country acting alone can have an effect on the impacts of global warming.

“Until now, the complexity of the carbon cycle, natural variations in climate, and uncertainties in models have provided emitters with plausible deniability for individual damage claims. That veil of deniability has now been lifted,” says Mankin.

According to the team, identifying national culpability demonstrates that individual countries can have large, attributable impacts from warming due to their emissions; the actions of individual nations do matter; and country-level mitigation, even if pursued alone, would limit measurable harms to others.

“Nations need to work together to stop warming, but that doesn’t mean that individual countries can’t take actions that drive change,” says Callahan. “This research upends the notion that the causes and impacts of warming only occur at the global level.”

To overcome this difficulty, the research team combined historical data with climate models in an integrated framework to quantify each nation’s culpability for historical temperature-driven income changes in every other country.

The study sampled 2 million possible values for each country-to-country interaction. In total, 11 trillion values were calculated on a supercomputer operated by Dartmouth’s Research Information, Technology and Consulting.

“This is the first research to integrate and quantify all of the uncertainties in each step of the chain between emissions and economic impact,” says Callahan. “We are not addressing the question of whether fossil fuels have been good or bad for economic growth, but how to compensate for the damage caused by the warming from those emissions.”

According to the research team, future work can use the same analytical approach to determine the contribution of specific emitters, including individual corporations, to economic loss and gain.