Study reveals how biodiversity in community gardens is affected by demographics. 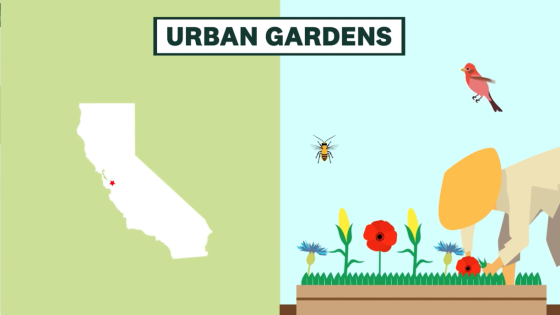 Study shows how plants that are rare to urban gardens in Northern California attract rare bees and birds. (Animation by LaDarius Dennison)

Urban gardens can be hotspots for biodiversity, but little is known about what drives the biodiversity of species existing at low frequencies in cities.

Plant species that are generally uncommon in urban areas but planted in urban gardens attract rare bee and bird species, according to a Dartmouth-led study examining urban garden sites in Northern California. The results, published in Ecological Applications, show that women, older gardeners, and those who live near the gardens tend to curate more rare plants. 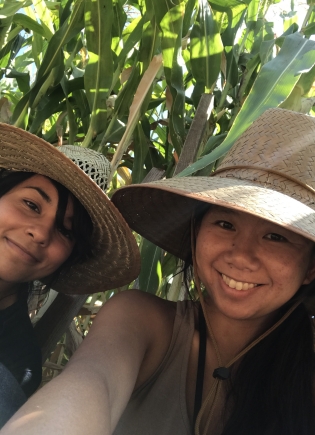 Theresa Ong (right), assistant professor of environmental studies and the study’s lead author, and co-author Azucena Lucatero at Mi Jardin Verde, Watsonville, California, one of the community gardens in the study. (Photo courtesy of Theresa Ong)

“There appears to be a cascading effect of people planting uncommon species on the accumulation of other uncommon bee and bird species,” says lead author Theresa Ong, an assistant professor of environmental studies.

More than 50% of the plants observed in the urban gardens were categorized as rare, meaning they were not typically found in the gardens in the study.

“This means that people are planting a great variety of uncommon plants. What we found too, is that what is rare in an urban garden can be quite common elsewhere and is not necessarily how we would define rarity in less managed systems,” says Ong. “In less managed systems, rare species are often those at greatest risk of extinction.”

She notes that in urban gardens, rare organisms may indeed be at higher risk of extinction, but they could also be simply less adapted to the urban environment, or in the case of plants, less popular to grow. “Rare status could be a sign that urban gardens are acting as an important conservation habitat for rare species in cities but could also foreshadow what’s to come for the future of the species,” says Ong. 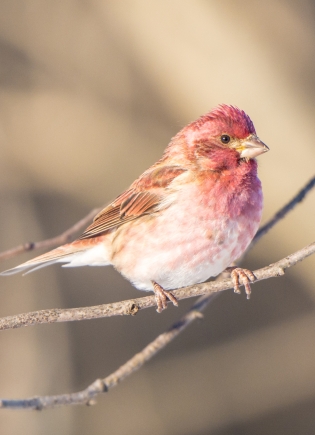 The purple finch (Haemorhous purpureus), for example, was one bird rarely observed in the urban gardens that were part of the study but is considered a pretty common species elsewhere. It is listed a species of least concern in the International Union for Conservation of Nature Red List of Threatened Species.

“Their rare status in urban gardens could be a cause for concern if it indicates that their populations are declining. However, it could also be that urban gardens are providing more habitat such as tree cover for purple finches and other birds that cities otherwise lack,” Ong says.

The research was based on fieldwork from 18 community gardens in the counties of Santa Clara, Santa Cruz, and Monterey, California. The urban gardens vary by age; local habitat; landscape context such as ground cover and forest canopy cover; and socioeconomic demographics of the gardeners. All of the gardens use organic gardening practices, where pesticides and insecticides are prohibited.

There appears to be a cascading effect of people planting uncommon species on the accumulation of other uncommon bee and bird species.

For plant data, the researchers visited the urban gardens and took random samples, including in the garden plots and surrounding walkways, noting the plants that were cultivated, as well as the weeds and other vegetation present. Plants were measured and classified into either crop or ornamental species and cultivars.

For bird data, all birds that were either seen or heard were documented as researchers stood in the center of each garden for 10 minutes. For bee data, bees were caught using pan traps elevated off the ground and aerial nets and were identified later to species level. Researchers also directly asked gardeners what plants they cultivated in the gardens.

Using the field data on plants, bees, and birds, the team modeled the correlation between gardener demographic information, the uncommon plants grown by the gardeners, and the rarity of bird and bee species.

A plant, bee or bird species was only considered “rare” if it appeared in one of the 18 urban gardens or in 2 of the 185 gardener survey responses. Of the 295 total plants observed, over half the plants were classified as rare in the study, with 159 plants representing 156 distinct species. 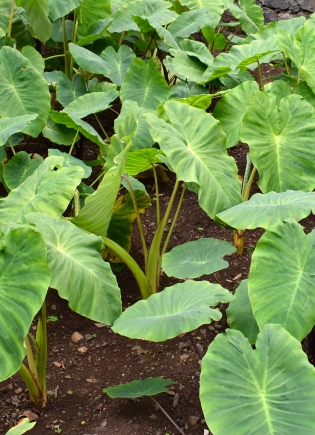 “Taro (Colocasia esculenta), was one of the rare plants found in the urban gardens but is not of conservation concern, primarily, because it’s cultivated,” says Ong. “It’s a traditional crop planted in Hawaii and by a lot of Asian cultures. It requires a lot of space to grow and is cooked for its underground corm, much like the tuber of a sweet potato but it’s not a common food grown in California.”

Previous research has demonstrated that some rare plants are known to have a specific relationship with rare bees, serving as a host to the other. One such rare plant-bee duo that was observed in the study include “Bachelor’s buttons” (which are in the genus Centaurea , ornamental plants with showy ray flowers belonging to the aster family) and the leafcutting bee (Megachile apicalis), whose female bees cut leaves neatly to make nests for their young, mostly in rotting wood.

One bird species that the team encountered and categorized as rare in the urban gardens was the American kestrel (Falco sparverius). “It’s a small and very cute falcon that is actually the most common and widespread falcon in the continent. Recently its populations have declined, which has been a cause of concern. It’s an important predator of garden pests like mice and voles, so it’s a good sign when it is found in some urban gardens, as it signals that gardens can be managed in a way that provides habitat for a species that is rare in cities,” says Ong. Researchers found that gardens with more canopy cover, meaning more trees, provide better habitat for the uncommon birds. 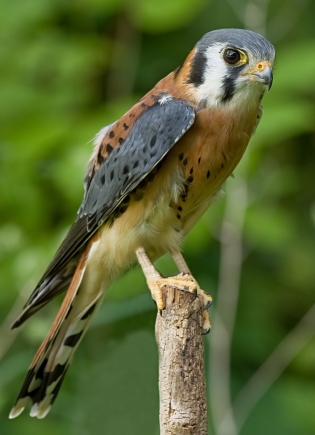 As for explaining the results as to why rare plants are planted more often by women, older individuals, and community members living in close proximity to the urban gardens, Ong says, “Previous research has shown that women tend to display more pro-environmental attitudes, and with age, comes wisdom and knowledge of cultivation techniques. But a lot may have to do with people just wanting to take care of their own neighborhood and having pride in that landscape and community, which we find actually encourages more biodiversity in terms of rare species.”

The team’s findings also showed that a lot of the rare plants found in the urban gardens were weeds, so leaving some weeds in a garden could actually be a good thing. 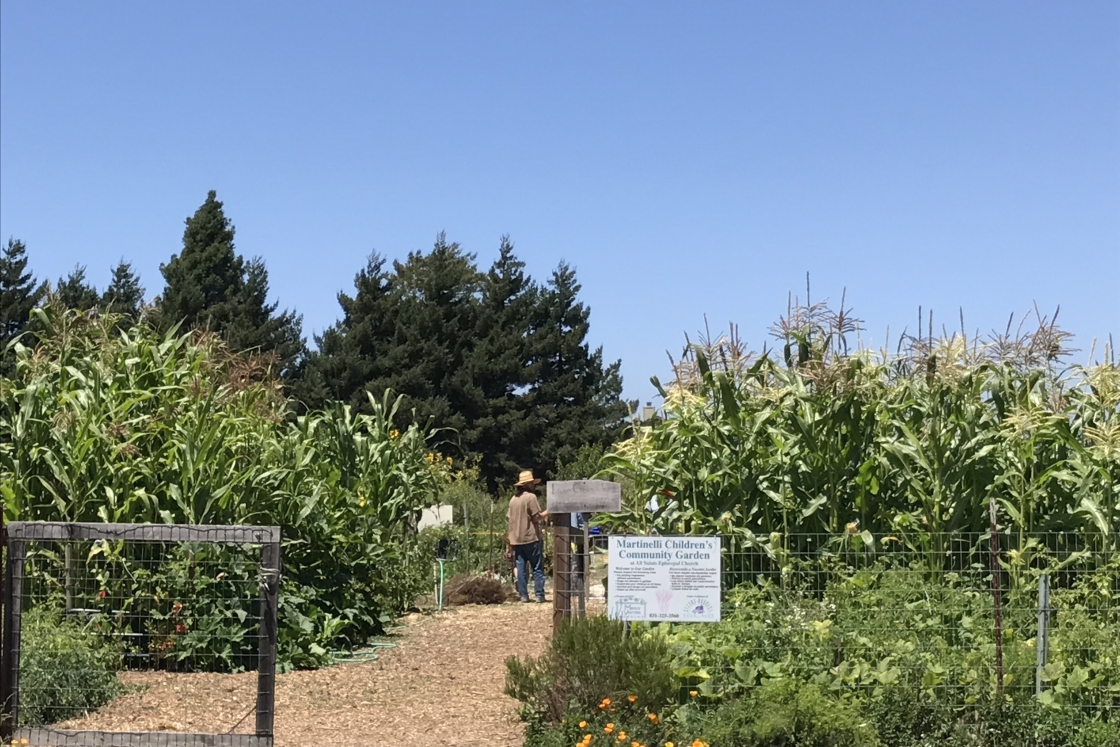 Caption
Mi Jardin Verde, Watsonville, California, one of the urban gardens in the study. (Photo by Theresa Ong)
Image 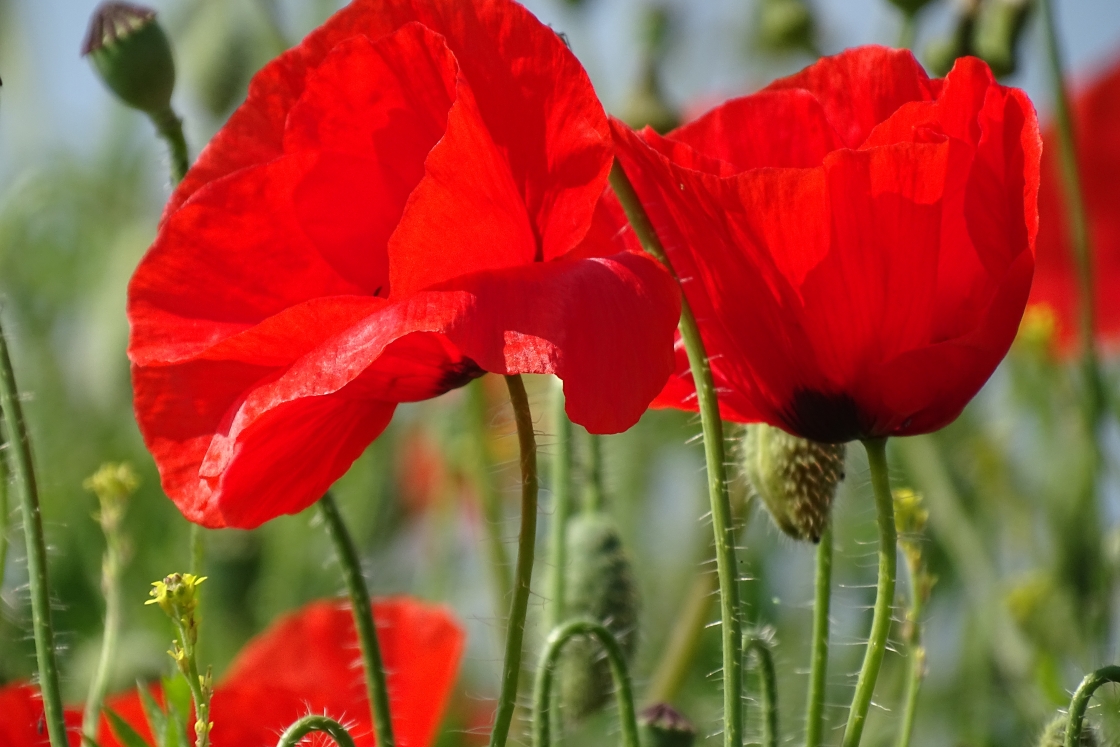 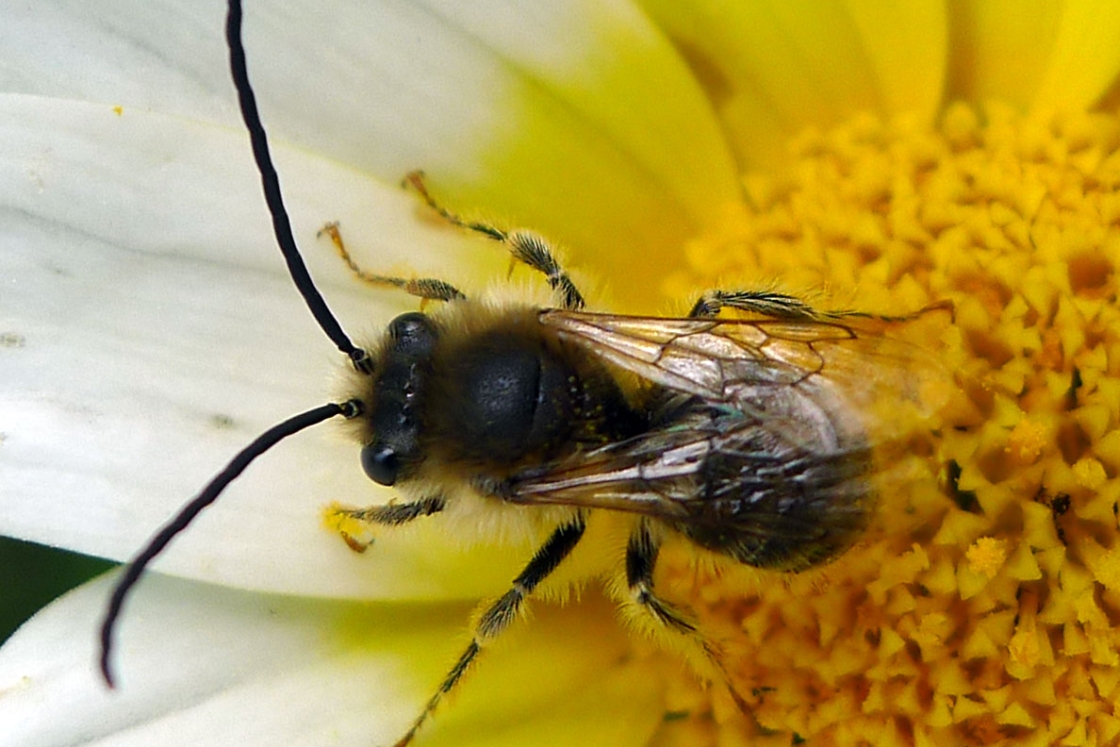 Caption
Long-horned bee (Eucera sp.), one of the uncommon bees represented in the study. (Photo by Gail Hampshire / CC BY 2.0)
Image 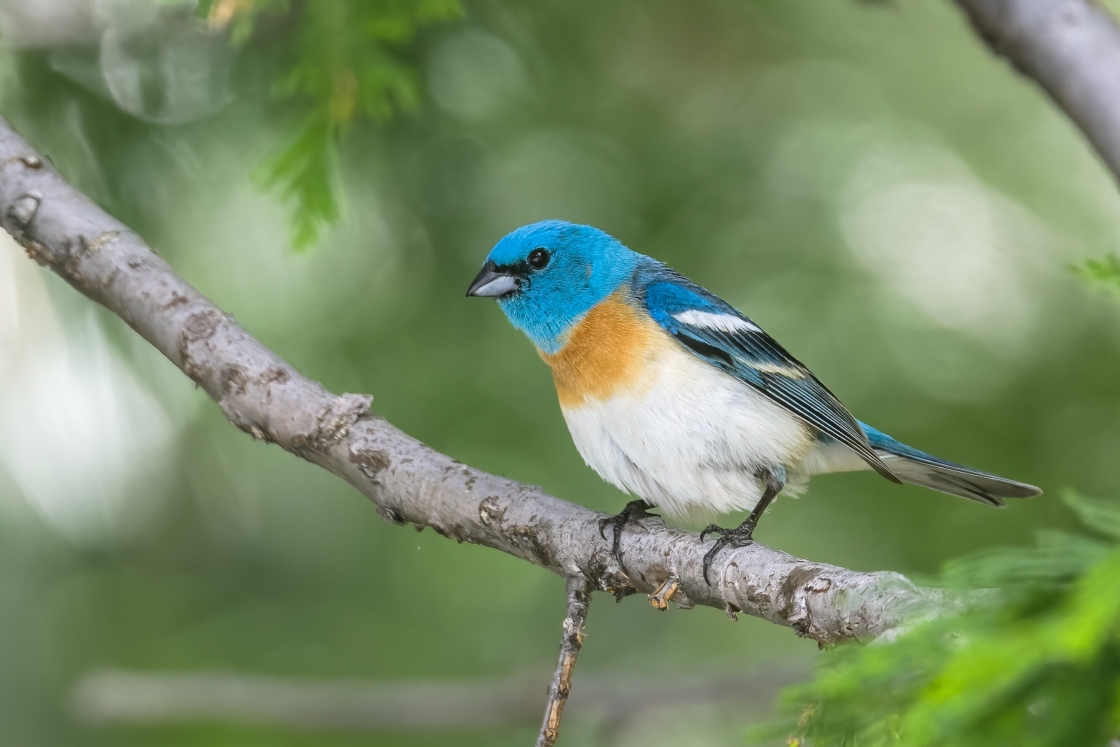 Caption
Lazuli Bunting (Passerina amoena), one of the uncommon birds represented in the study. (Photo by Becky Matsubara / CC BY 2.0)
Image 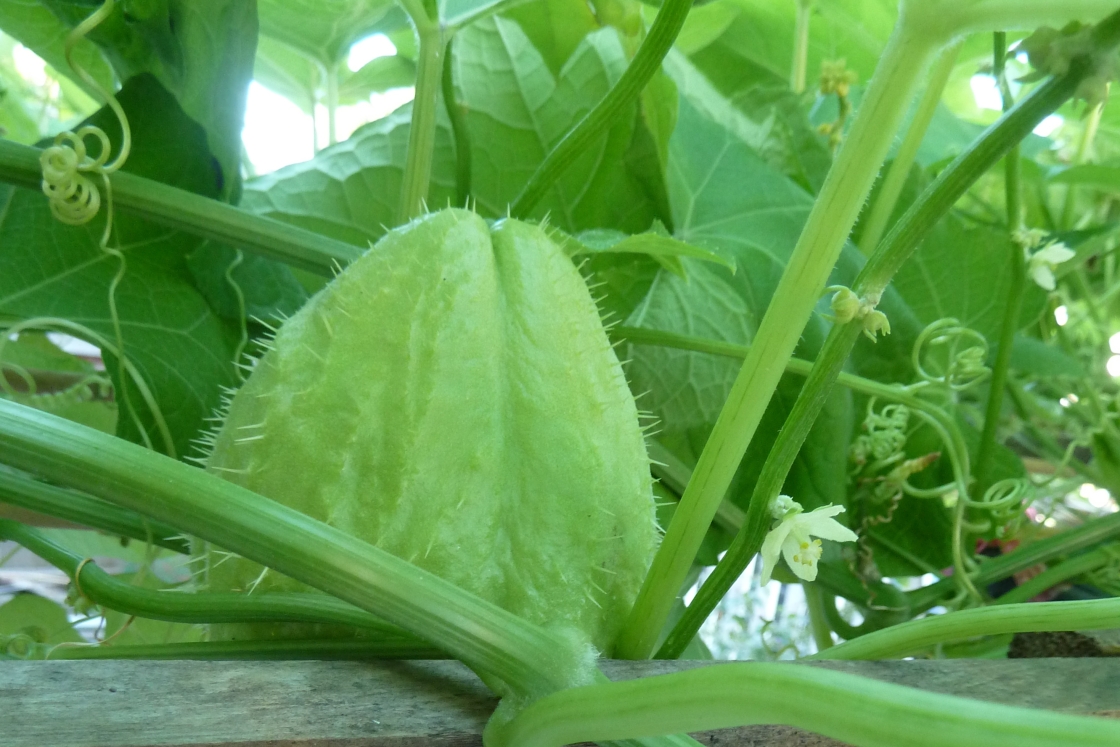 Caption
Chayote squash (Sechium edule), one of the uncommon cultivars represented in the study. (Photo by Wendy Cutler / CC BY 2.0)
Image 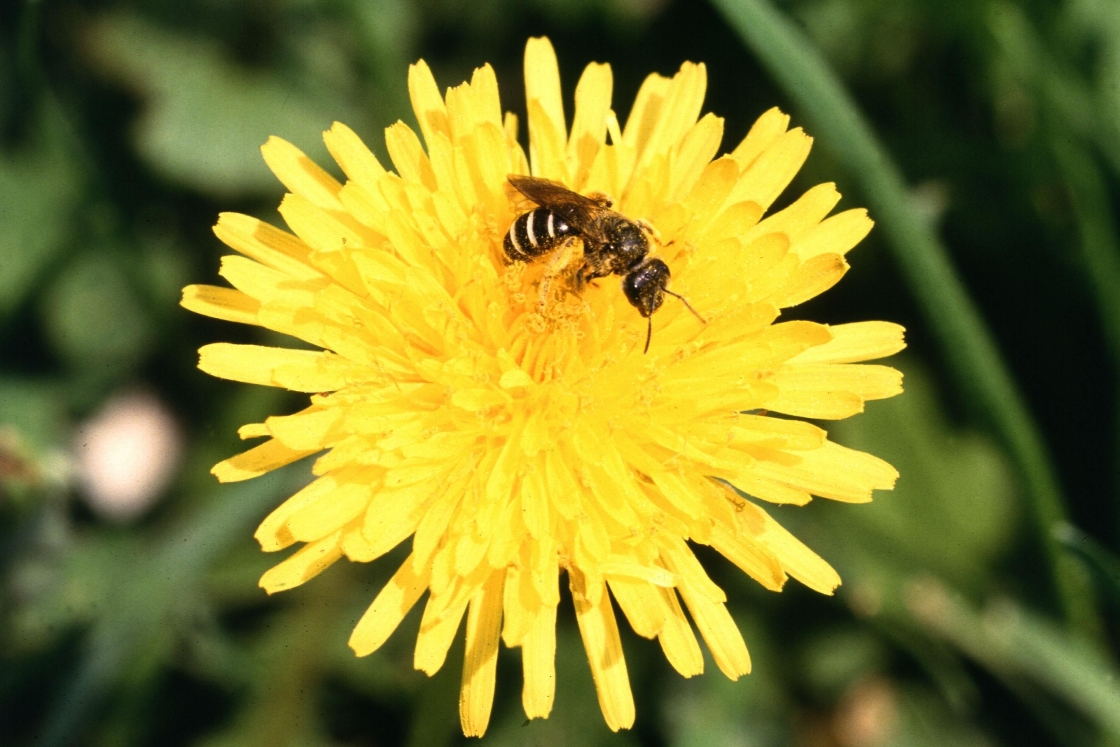 Caption
Sweat bee (Halictus rubicundus), one of the uncommon bees represented in the study. (Photo by Scott Bauer, U.S. Department of Agriculture)
Image 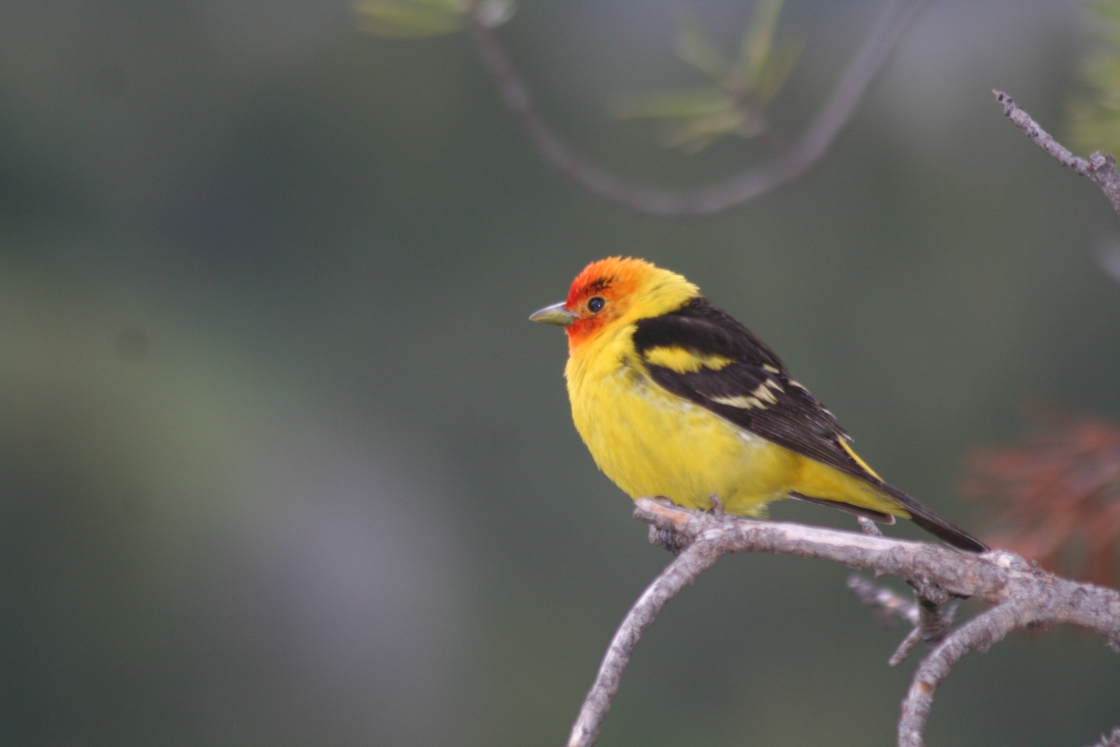 Caption
A male western tanager (Piranga ludoviciana), one of the uncommon birds represented in the study. (Photo by Kati Fleming / CC BY-SA 3.0)
Image 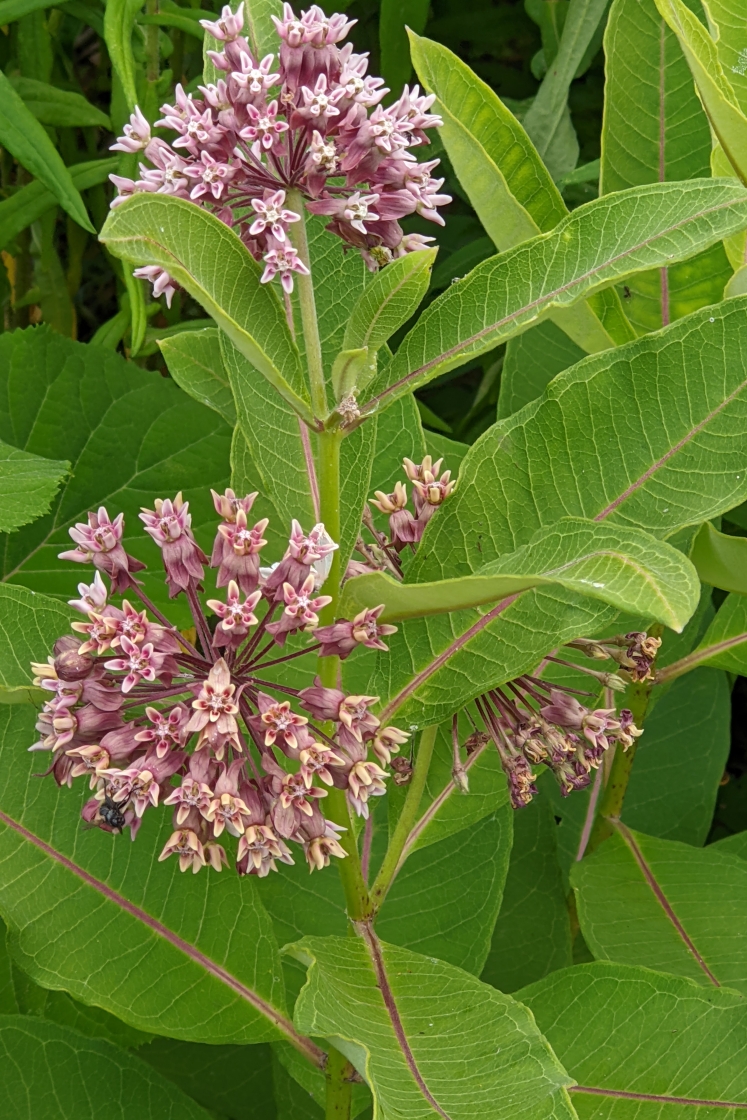 Caption
Native milkweed (Asclepias syriaca), one of the ornamental plants represented in the study. (Photo by Amy Olson)
Image 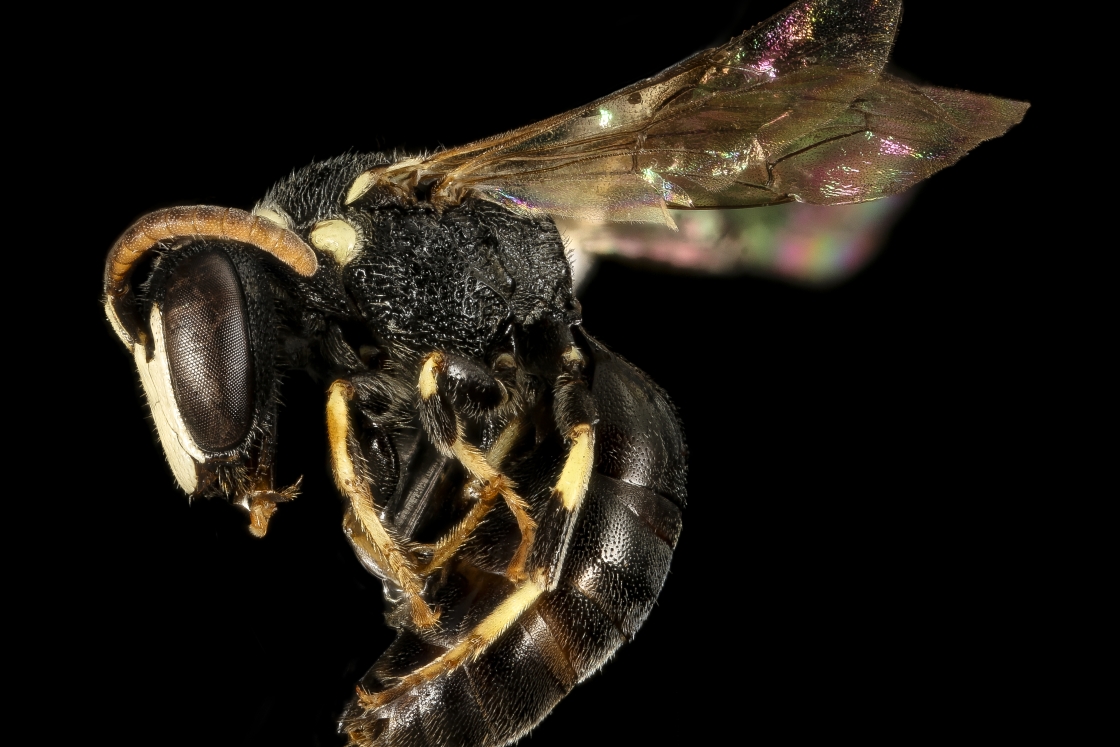 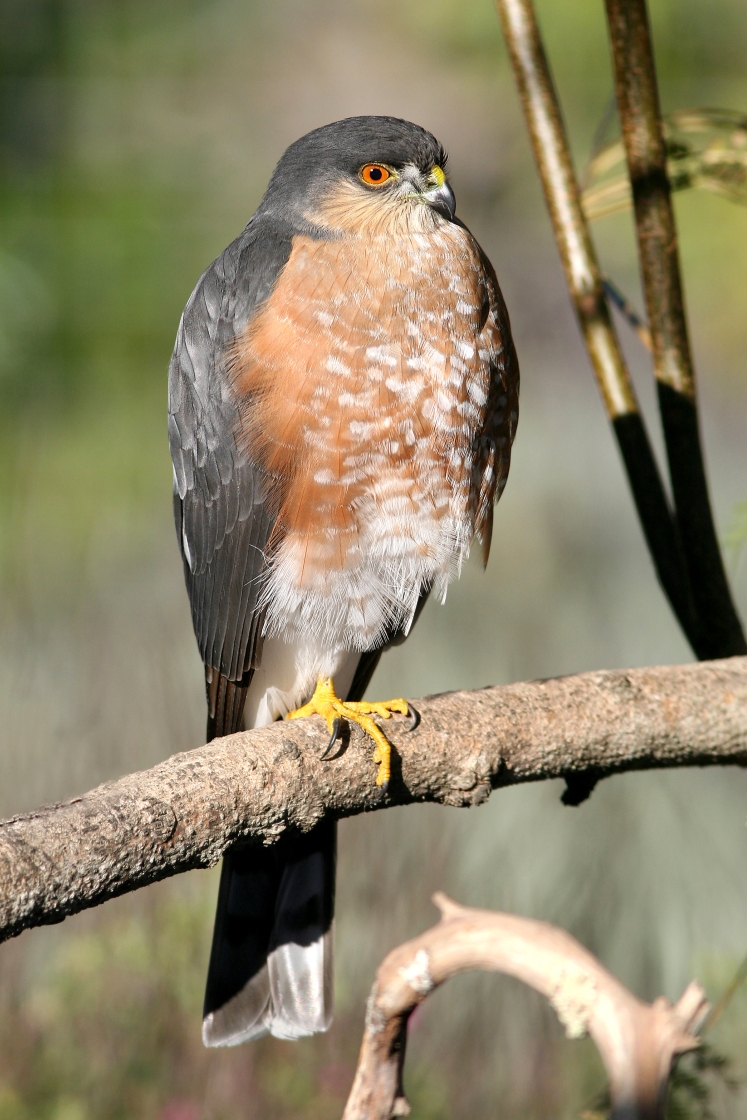 Caption
Sharp-shinned hawk (Accipiter striatus), one of the uncommon birds represented in the study. (Photo by Alan Schmierer / CC BY 2.0)
Image 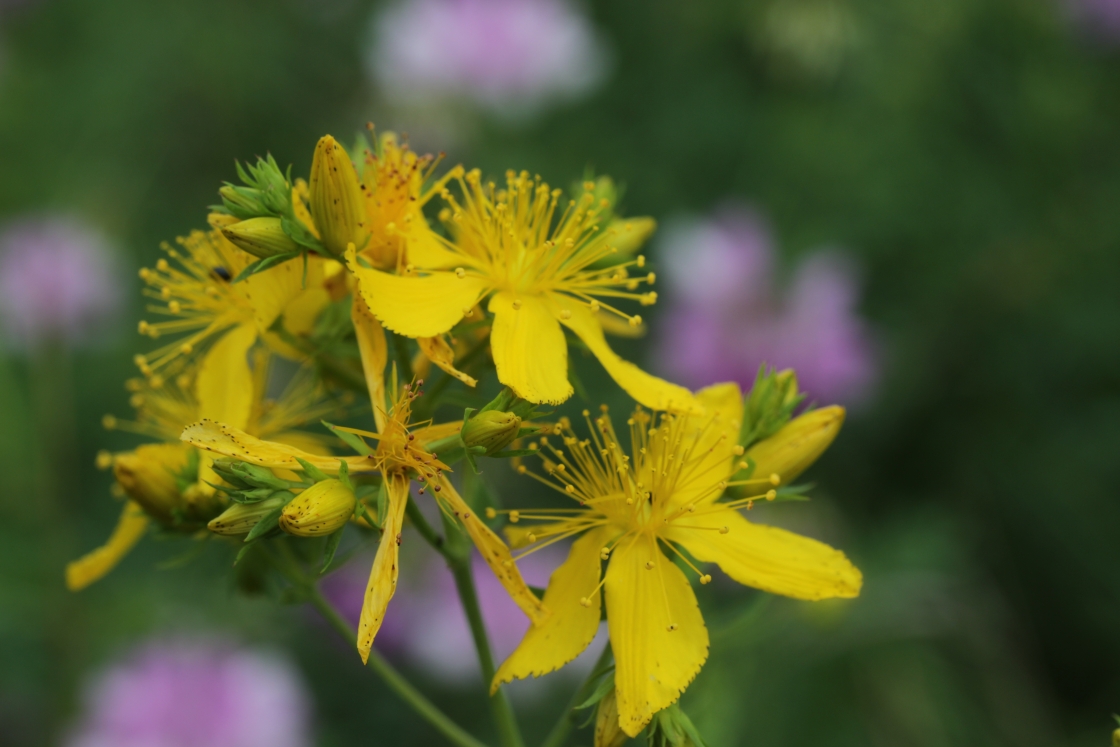 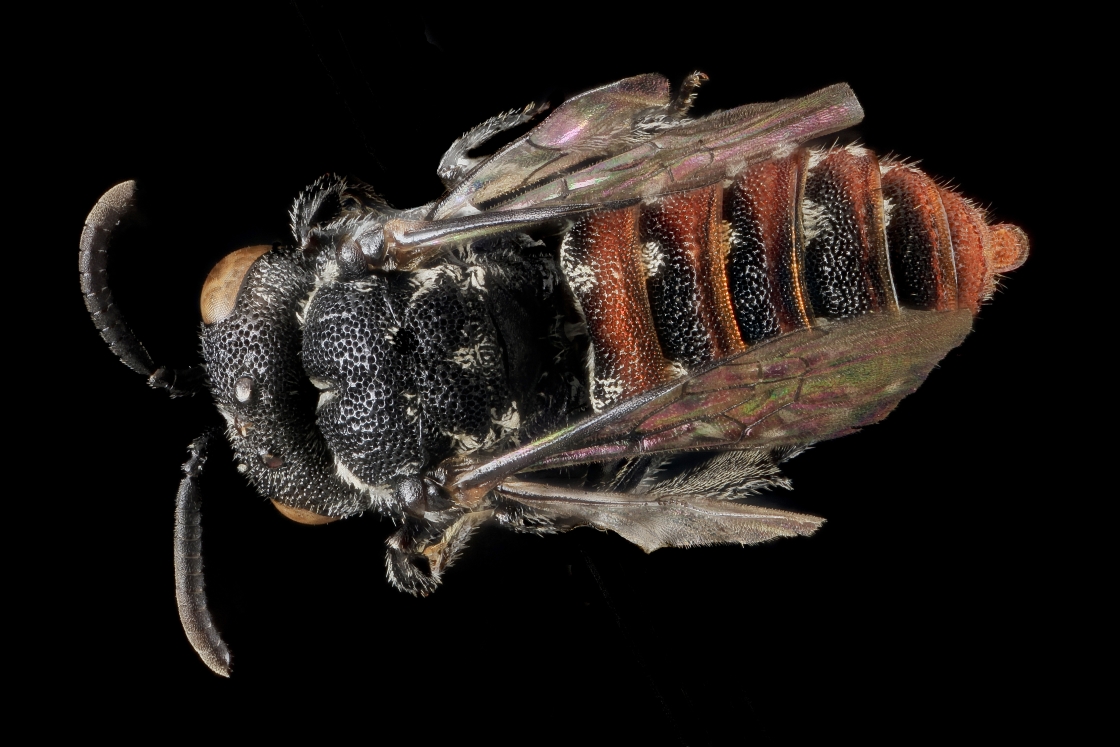 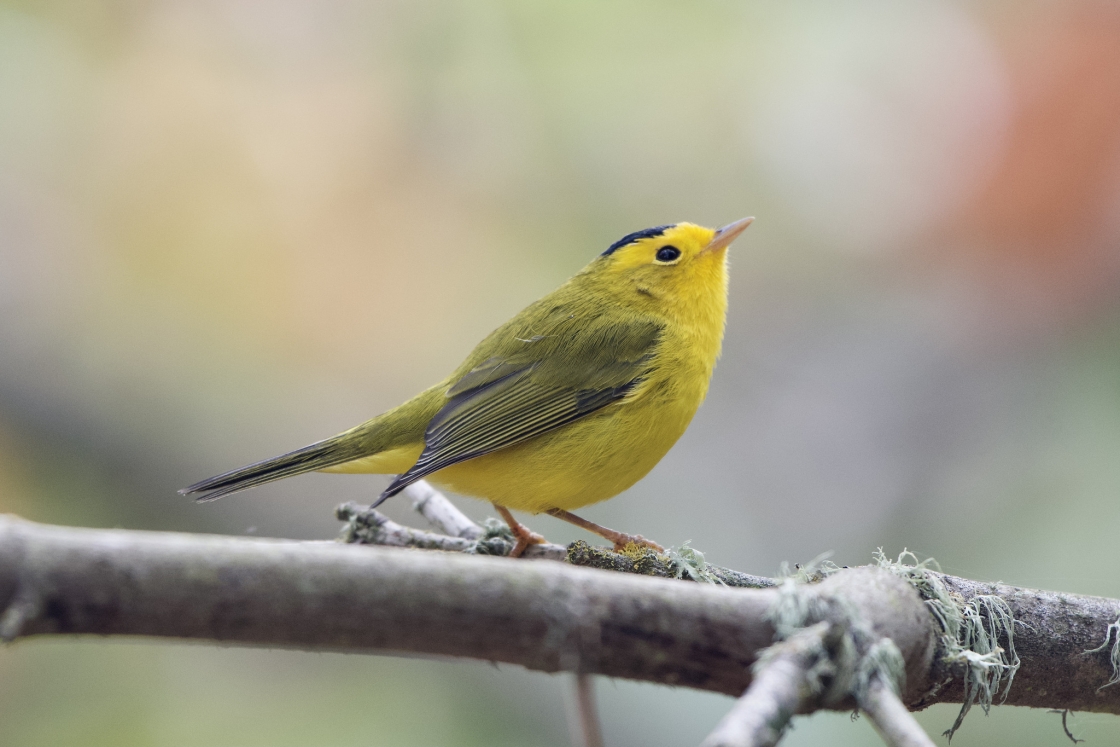 Caption
Wilson’s Warbler (Cardelina pusila), one of the uncommon birds represented in the study. (Photo by Dario Taraborelli / CC0 1.0)