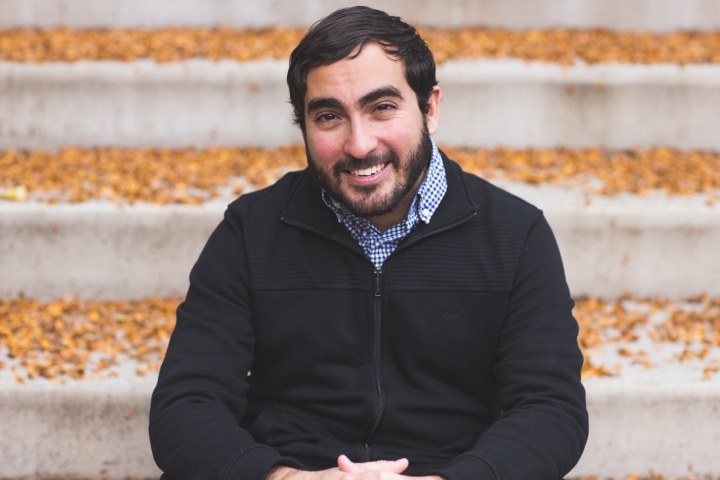 'An Equal Amount of Conscience and Heart'

A new Muslim chaplain and new multifaith adviser have joined the William Jewett Tucker Center for Spiritual and Ethical Living.

Abdul Rahman Latif, Muslim chaplain and associate director of the Tucker Center, started at Dartmouth at the beginning of the fall term. Since then, he’s been taking the lead on the Tucker Center’s social media efforts, supervising student workers, supporting students and organizations in times of need and celebration, and engaging with campus partners.

The Tucker Center is for “anyone who’s focused on issues of conscience and heart,” whether they are religious or secular, Latif says. “That’s the theme that we’ve been emphasizing this year.”

He also has been working hard to strengthen connections within the Muslim community, which was without a campus adviser for more than a year, says the Rev. Nancy Vogele ’85, College chaplain and director of the Tucker Center.

The Tucker Center’s mission includes celebrating the religious diversity at Dartmouth and supporting students who wish to deepen their faith. United Campus Ministry, part of the Tucker Center, is made up of the campus ministers and advisers of 17 different student religious groups.

While Dartmouth previously had a Muslim adviser, Latif is the first Muslim chaplain, reflecting ongoing initiatives to provide pastoral care to all students.

On Friday nights, Al-Nur, Dartmouth’s Muslim Student Association, holds a social gathering where students play board games or just chat over dinner, Latif says. The get-togethers “are open not just to Muslim students but to whoever wants to come.”

Prior to coming to Dartmouth, Latif was a teaching assistant and cataloger at Columbia University, an adjunct instructor at Mercy College—where he is currently teaching an online class in world religions—and an active member of New York City’s Muslim community. He previously served as affiliate campus minister for the Muslim Student Association at Boston College and as academic adviser for the Boston Islamic Seminary Academy program.

Latif holds a bachelor’s degree from Duke University and a master of theological studies degree from Harvard Divinity School. A PhD candidate in religion at Columbia, he is writing a dissertation on medieval Islamic storytelling traditions.

In another addition at the Tucker Center, Ellie Anders Thompson took on the role of multifaith adviser and program manager last month. 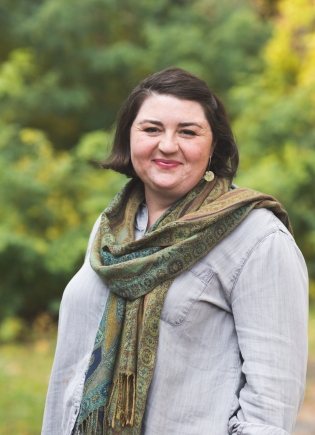 Thompson has more than 10 years of experience in multifaith work, Vogele says, “so I’m really excited that she’s here.”

Before coming to Dartmouth, Thompson was interfaith engagement coordinator at Utah Valley University. Her introduction to the work came as a graduate student in history at West Texas A&M University, where she founded a student club for interfaith dialogue. Thompson also holds a bachelor’s degree in technical theater from West Texas A&M.

At Dartmouth, Thompson oversees programming for the Tucker Center’s multifaith initiative, which includes such programs as weekly discussions of spirituality and ethics as they relate to campus life. Students are invited to join the multifaith conversations, held Tuesdays over a catered dinner in South Fairbanks Hall during the winter, spring, and fall academic terms.

A common misconception about multifaith dialogue is that it involves watering down individual religions to find the “lowest common denominator,” Thompson says. Instead, she says, it requires maintaining curiosity “about the human being that’s in front of you.”

While Latif and Thompson have just begun, Vogele already sees a big difference at Tucker.

“Abdul Rahman has done an excellent job this term in building community for our Muslim students. Ellie has hit the ground running and will be a powerhouse for interfaith programming as we move forward,” she says. “It is great to have colleagues with whom I can do the important work needed to better serve our students.”