Three members of the Dartmouth community talk about military service. 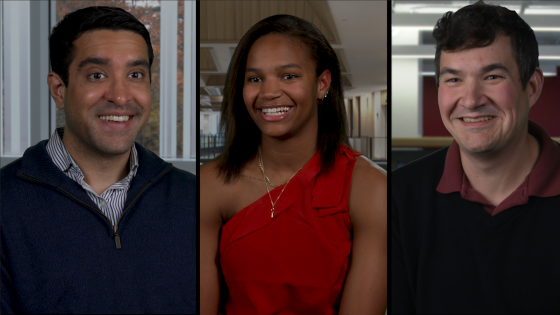 With Veterans Day approaching on Friday, three members of the Dartmouth community talk about military service.

Karina Mitchell ’23, the company commander of the ROTC program at Dartmouth, is herself the daughter of a brigadier general.

Anant Shukla, an emergency medicine resident at Dartmouth Hitchcock Medical Center, is a major in the U.S. Army and served as the physician for a helicopter unit at a forward operating base in Afghanistan.

John Emery, MED ’25, is a former Navy officer on a nuclear submarine and is now a second-year medical student at the Geisel School of Medicine.