The medical X-ray, like many inventions, is the result of different people working simultaneously on the same idea. 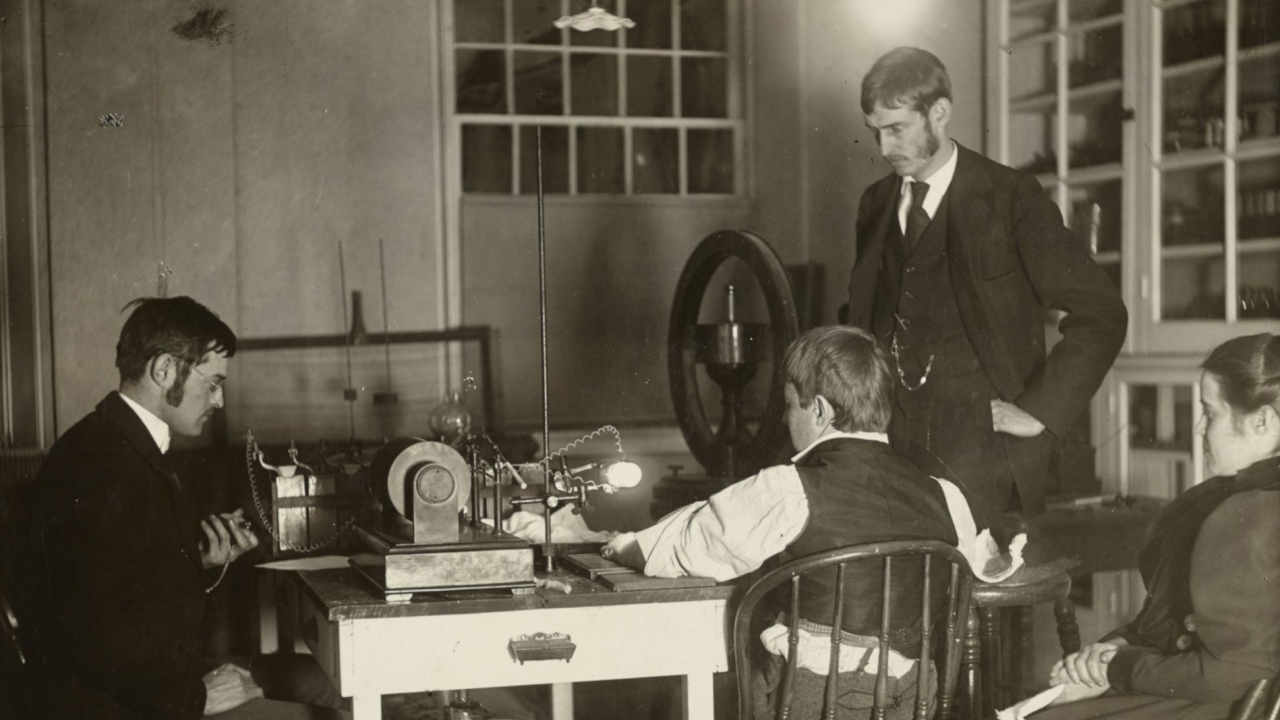 Weeks after German scientist Wilhelm Roentgen announced in late 1895 the discovery of a “mysterious light” emitted from Crookes tubes, scientists and engineers from all over the world began experiments. One such person was Frank Austin, class of 1895, a physics assistant at Dartmouth and later a professor at Thayer. Using equipment he built, Austin made a number of X-ray photographs, including one of his own hand in late January of 1896. On February 3, 1896, at Austin’s suggestion, Hanover physician Dr. Gilman Frost and his brother, physics professor Edwin Frost, took a diagnostic X-ray of local schoolboy Eddie McCarthy’s broken wrist. 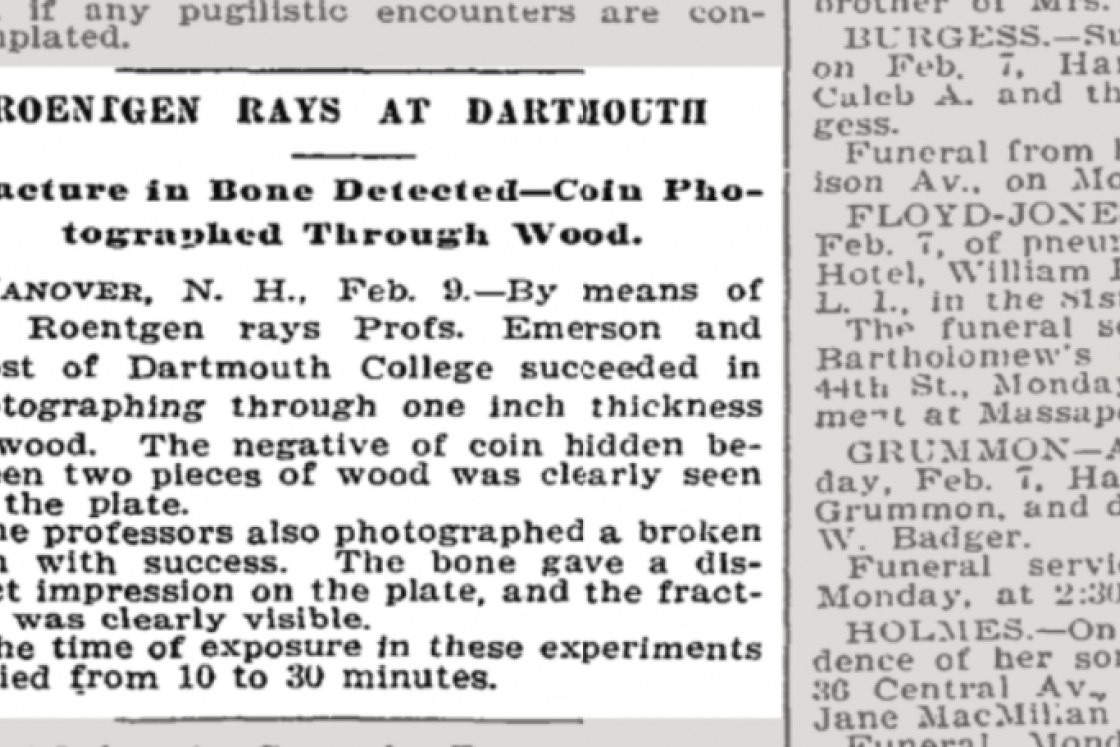 Caption
Mention of the x-ray milestone in the Feb. 10, 1896 edition of The New York Times.
Image