Founding of the Ledyard Canoe Club

In January of 1920, a group of Dartmouth students gathered together with the goal of restoring a rowing team to the College. 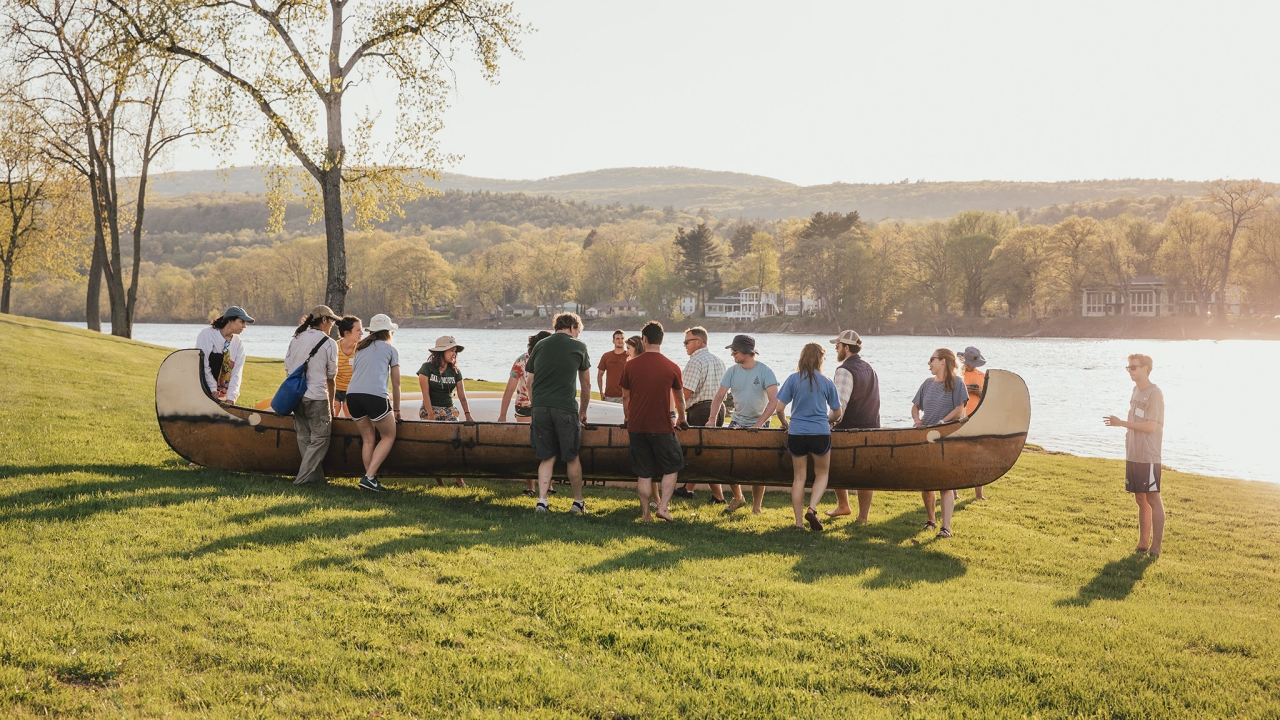 Caption
The annual Trip to the Sea, which sends seniors traveling down the Connecticut River from Hanover to the Long Island Sound. Ledyardites retrace John Ledyard’s (Class of 1777) famous trip to the sea from Hanover in a dugout canoe. This trip has been repeated regularly since the 1920s. (Photo by Robert Gill)

They proceeded to procure pledges of financial support from various interested alums, and by March they had come up with a sufficient sum to get started. However, the College Trustees rejected the students’ proposal, and their plans were halted. Fortunately, these students refused to give up, determined as they were to take advantage of their proximity to the Connecticut River.

And so, in April of 1920, they founded Ledyard Canoe Club. The new club chose John Ledyard for their namesake, a man who, in his first year as a Dartmouth student (Class of 1777), grew tired of his studies, felled a pine tree, dug out a canoe, and set off down the Connecticut to become an explorer. By 1921, their second year in existence, the new organization had already retraced Ledyard’s trip. This tradition continues today as the annual Trip to the Sea, which sends seniors traveling down the Connecticut River from Hanover to the Long Island Sound.

Imbued with John Ledyard’s adventurous spirit, Ledyard Canoe Club has motivated canoeing and kayaking expeditions around the world. Yet, no matter how far they travel, Ledyardites return to their little home on the Connecticut to encourage the next generation of Dartmouth paddlers.

Read more on the history of the club from Rauner Special Collections Library.