One Year Later: An Update on Dartmouth’s Haiti Response

When Haiti was struck by a 7.0 magnitude earthquake on January 12, 2010, the Dartmouth community immediately responded, raising funds and sending on January 16 the first of what would ultimately be six medical teams to the devastated republic. Last year, Dartmouth students, faculty, staff, alumni, and parents, as well as Upper Valley community members, donated $1.5 million in monetary gifts and more than 40 tons of in-kind medical supplies for Haiti relief. This helped support the deployment of 51 healthcare professionals, including 39 from Dartmouth-Hitchcock Medical Center (DHMC). Additionally, eight private flights were donated by Dartmouth alumni and parents, which transported medical professionals and supplies to Haiti when commercial flights were unavailable.

Led by Jasmine Daniel ’10, students worked from noon to midnight on January 30, 2010, to paint this 12-by-5-foot mural that was installed at a Partners in Health (PIH) clinic in Haiti. (photo by Joseph Mehling ’69)

Dartmouth’s work in Haiti continues through such groups as Dartmouth Haiti Response (DHR), Students at Dartmouth for Haiti Relief, and Dartmouth for Clean Water. That group, founded by then first-year students Pratyaksh Srivastava ’12, Alexander Lucey ’12, Carsten Hansen ’12, Aleksander Gabrovski ’12, and Alexander Villar ’12, sent a total of 10 water filter systems to Haiti, including six solar-powered filters funded by Dartmouth’s Class of 1969. Seven of these filters were sent to help stem the recent cholera outbreak. DHR also sent sanitation products and antibiotics when the cholera outbreak hit, and, in November, sent desperately needed dialysis supplies to Partners in Health (PIH). 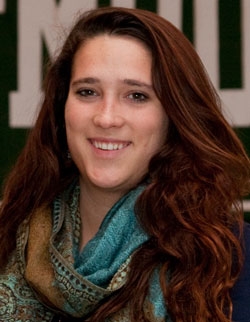 A team of DHR members also made an assessment trip to Haiti in October to help determine the group’s focus for 2011. Plans are already set to send a DHMC plastic surgery team, led by Dr. Joseph Rosen, to the PIH clinic in Cange in February to perform follow-up surgeries related to burns, amputations, and other injuries. And in January 2012, following the opening of PIH’s new Mirebalais Hospital, Dartmouth will be one of three schools working as an academic partner at this teaching hospital. Learn more about DHR’s work and future plans in a podcast recorded January 5, 2011, with Molly Bode ’09, the Dartmouth Haiti Response Coordinator and a Senior Presidential Fellow in Global Health. (See link at top of page.) 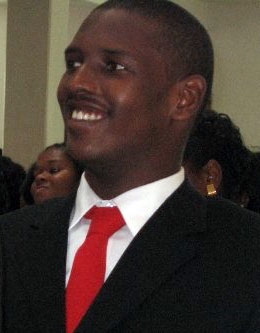 Additionally, a number of Haitian students came to Dartmouth to continue their studies in the wake of the disaster. Daphnée Charles and Ronel Lefranc took spring and summer term classes in Hanover last year before returning to Université Quisqueya (UniQ) in Port-au-Prince once classes resumed in fall 2010. Currently, Yves-Marie Duperval is a member of the Class of 2014, while his sister, Regina, and Yamile Blaine are taking first year classes at Dartmouth Medical School.

The Dartmouth community will reflect on the one-year anniversary of the earthquake with a public event at Collis Common Ground on Wednesday, January 12, at 7:30 p.m. Dr. Peter Wright and Dr. Brian Remillard will speak about DHMC’s continued Haiti relief work. There will also be a dance performance by the Jean Appolon Dance Company. Earlier in the day this Boston-based Haitian dance troupe will hold a dance workshop in Collis Common Ground from 2 to 3:30 p.m.