In this video, David Helfand, president of Quest University Canada, talks with Dartmouth Now about the expanding role of universities, finding a balance between research and teaching, and Dartmouth’s future. 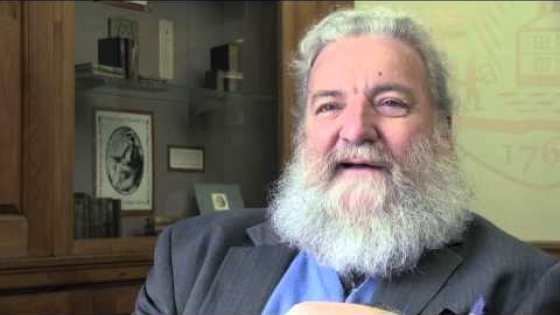 Helfand was named president of Quest in April 2012. Quest, which opened its doors to students in 2007, is Canada’s first independent, not-for-profit, nonsectarian university of the liberal arts and sciences. Quest, located in Squamish, B.C., currently has 425 students and its curriculum is taught on the block plan, in which students enroll in one course at a time for three-and-a-half-week sessions. There are no departments or majors at Quest; each graduate receives a bachelor of arts and sciences degree.

Helfand is currently on leave from his position as a professor of astronomy at Columbia University.