“College campuses as we know them today will exist far into the future, but that future is full of risks and opportunities for many traditional institutions,” says Selingo. “I look forward to laying out one vision of the new higher-education ecosystem.” 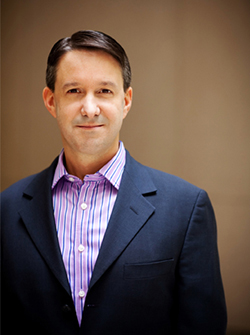 Jeffrey Selingo says the future of higher education is full of opportunities and risks for colleges and universities. (Courtesy of Jeffrey Selingo)

Selingo, who serves as editor-at-large for The Chronicle of Higher Education, has covered colleges and universities worldwide over the course of his journalism career. His writing has appeared in The New York Times, The Washington Post, and The Huffington Post, and he appears regularly on NPR, ABC, and CBS. His forthcoming book, College (Un)Bound: The Future of Higher Education and What It Means for Students, will be released May 7.

Here is a list of the upcoming Leading Voices speakers: