Video: Julie Foudy on the Importance of Title IX

In this video interview, Julie Foudy, World Cup soccer champion, Olympic gold medalist, and advocate for gender equality, talks about the perception of Title IX today and how athletics influenced her life. 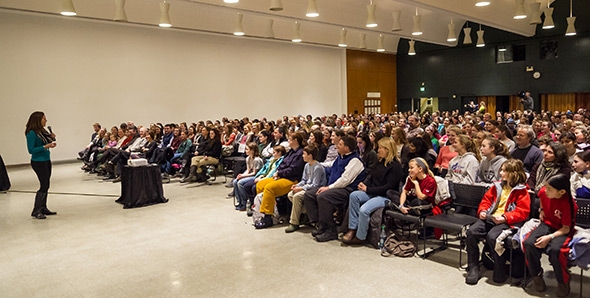 Members of the Dartmouth and Upper Valley community gather in Alumni Hall to listen to retired soccer star Julie Foudy speak about the importance of Title IX and about her experiences playing with the U.S. Women’s National Team. (Photo by Eli Burakian ’00)

Foudy visited Hanover this week as part of a celebration honoring the 40th anniversaries of coeducation at Dartmouth and of Title IX, a law passed in 1972 that requires gender equality for any education program or activity receiving federal funding. The law increased opportunities for women and girls in sports. 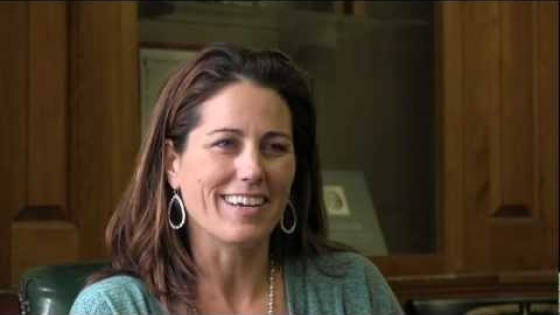 “I call it one of the most profound civil rights laws, I think, this country has passed,” she says.

Foudy, making her first trip to Dartmouth, met with student-athletes, President Carol L. Folt, and local media throughout the day, before giving a lively talk to a packed crowd in the Hopkins Center for the Arts’ Alumni Hall. She also signed her fair share of autographs.

Off the pitch, the Stanford University graduate is an outspoken advocate for gender equality. She has served as president of the Women’s Sports Foundation and founded the Julie Foudy Sports Leadership Academy.