The scholarship, ideas, and opinions of a core group of Dartmouth faculty reached millions of new readers and viewers in the last year and sparked conversations in academia, business, and government through an innovative initiative to increase the public impact of the nation’s top scholars. 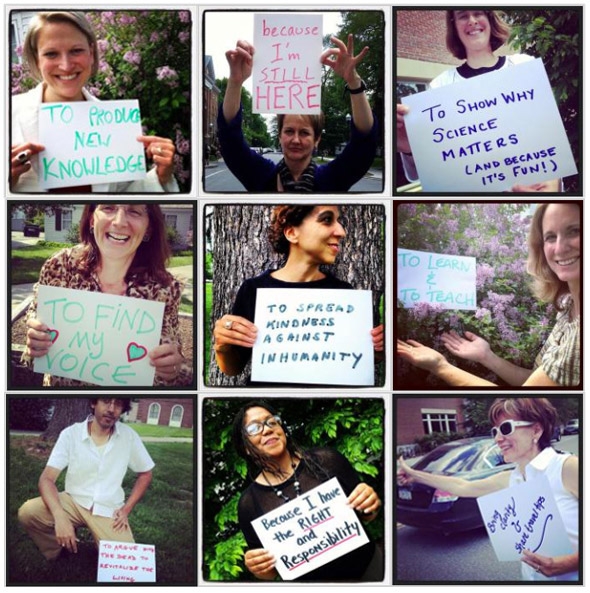 Dartmouth Public Voices Fellowship gives scholars in all fields the tools to expand the reach of their work to a wider audience. (Courtesy of The OpEd Project)

The Dartmouth Public Voices Fellowship, a pilot venture launched last year under the leadership of Dartmouth faculty Jennifer Lind and Colleen Glenney Boggs, in partnership with The OpEd Project, generated widespread visibility in the media and placed 17 Dartmouth scholars in conversations of global significance.

As a result of the past year’s success, the Public Voices Fellowship will continue for a second year, beginning in January.

Lind says the initiative gives scholars in all fields the tools to expand the reach of their work to a wider audience. The first year of the project was very productive for all the fellows, she says.

“It was great to see how much our faculty’s research had to offer contemporary debates about culture, politics and society,” says Lind. “In addition to enriching fellows’ careers as scholars, the program had an incredible community-building effect at Dartmouth, as fellows got to know their colleagues across the College and learned about the fascinating research that they are doing.” 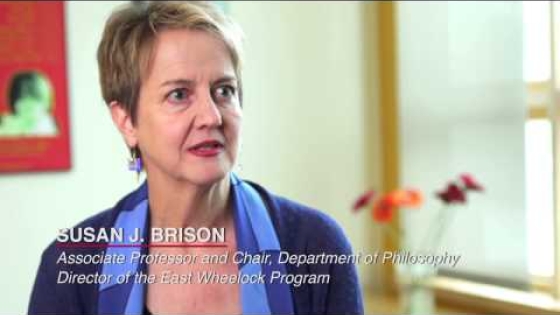 Last year’s program produced 44 major media placements for participating Dartmouth fellows in outlets including The New York Times, CNN, The Washington Post, and the TED blog, and resulted in appearances on public and satellite radio.

Public Voices fellow and Associate Professor of German Veronika Fuechtner protested a campus appearance by a German politician who admitted plagiarizing his dissertation. She became a highlight of political news coverage in Germany, and was invited to contribute to The New York Times “Room for Debate’’ series.

Assistant Professor of Geography Sharlene Mollett’s piece on the AlterNet website on U.S. efforts to fight drug trafficking brought her three offers to participate in research projects. Lind published 15 essays and op-eds in outlets including The Washington Post, CNN, and Foreign Policy, and she was interviewed by Wall Street Journal Radio and Bloomberg news, and mentioned on ABC News. One of Lind’s articles, “Will China Finally ‘Bite’ North Korea?” was viewed more than half a million times.

“This would not have happened without the very fast-acting, well-connected, and talented mentors from The OpEd Project,” Lind says. “When we have even a glimmer of an idea, they spring into action and help us make it happen.” The OpEd Project is the umbrella organization driving the Public Voices initiative at institutions across the nation.

Faculty selected for the second year of the Dartmouth Public Voices Fellowship will participate in four day-long interactive, game-based seminars, scheduled at two-month intervals beginning in January. Seminars will engage the themes of knowledge (expertise, credibility, persuasion, addressing opposition, thinking expansively); connection (how to increase the opportunities for cross-pollination and better understand the links between knowledge and public events); contagion (the mechanisms by which ideas spread farther and faster than ever before—and how to harness them, with awareness of the philosophical implications); and legacy (why do we do what we do, and what impact do we leave behind as public thought leaders?).

Dartmouth Public Voices fellows will be matched with high-level journalist mentors, who will work one-on-one with faculty throughout the fellowship period. Fellows will have the opportunity to join monthly calls with media insiders, including editors and producers at top outlets, such as The New York Times, CNN, Huffington Post, and the influential TED conference. After the seminars conclude, faculty fellows will continue to have access to The OpEd Project’s national network of journalist mentors for the rest of the year.

The OpEd Project was founded in 2008 by journalist Katie Orenstein. It is a social venture fueled by working journalists committed to ensuring that a wider range of voices shapes the news, history, and the future. The project, which has a goal of increasing the representation of women in top opinion forums to a tipping point, envisions a world where the best ideas—regardless of where they come—have a chance to be heard and to shape society.

The OpEd Project’s Public Voices venture is a national initiative also undertaken at peer institutions including Yale, Princeton, Stanford, and Northwestern. Dartmouth Fellows completing the one-year program will join a prestigious national network of alumni, allowing for knowledge sharing and innovation across institutions.

In addition to the fellowship, Dartmouth plans to host an ongoing program open to all faculty where guest speakers, including former fellows and Dartmouth alumni, speak and share their experiences engaging in public debate.

Dartmouth Public Voices is funded by the Office of the President and the Dean of the Faculty. Applications can be found here.