Global Policy Students Schooled by the Reality of India 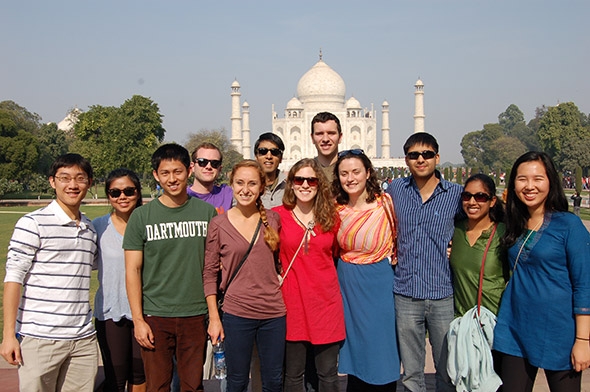 During their time in India, students in the Global Policy Leadership Practicum met with Indian government officials and policy leaders and worked together to draft a task force report on Indian economic reform. (Photo by Charles Wheelan ’88)

The students in the Global Policy Leadership Practicum, taught by Charles Wheelan ’88 during the 2013 fall term, experienced both.

The program, run by The Nelson A. Rockefeller Center for Public Policy and the Social Sciences, combined a full semester of study with a two-week trip during the interim period after classes finished at Thanksgiving.

In this video, students describe how meeting with Indian government officials and policy leaders, rural community leaders, and residents of one of the world’s largest slums added a profound perspective to classroom work. 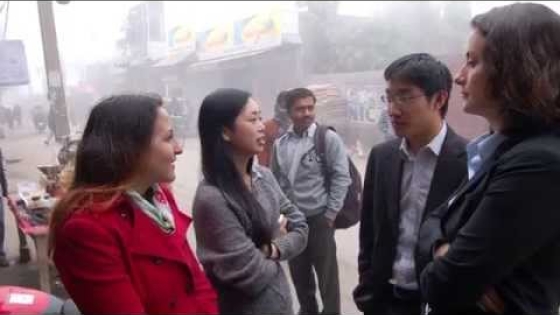 This kind of experiential learning is central to the academic vision President Phil Hanlon ’77 has laid out for Dartmouth. The skills learned in this process are vital to putting education into action after graduation, President Hanlon says.

“One skill that’s particularly important in this world, because every index of volatility in the world is going up sharply, is the ability to change course,” he says.

Hanlon’s wife, Gail Gentes, is director of action-based learning programs at Dartmouth. She points to Wheelan’s class as a perfect example of this principle.

“They spent the term learning about government and economic policy in India. Then they went to India and they found out that many of the things they thought would work in the classroom just wouldn’t work when they hit the ground,” she says. “That is a valuable learning experience.”