These are some of the projects for which students and alumni have been awarded Fulbright and Deutscher Akademischer Austausch Dienst (DAAD) scholarships this year. 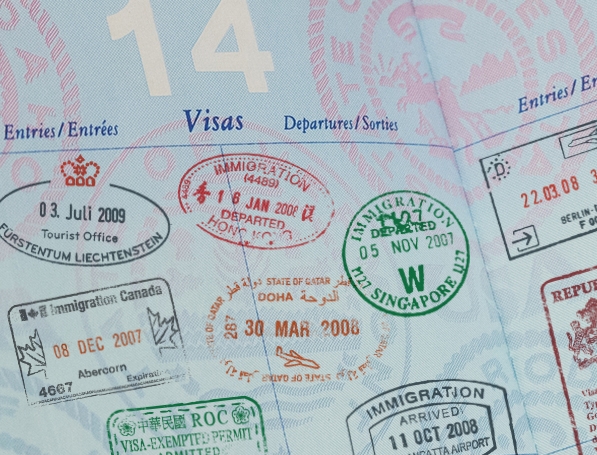 The Fulbright and Deutscher Akademischer Austausch Dienst (DAAD) scholarship winners will be studying and teaching around the world. (Photo illustration by Richard Clark)

The Fulbright Program is the flagship international educational exchange program sponsored by the U.S. government, and is designed to increase mutual understanding between the people of the United States and the people of other countries. Grant recipients are selected on the basis of academic or professional achievement as well as demonstrated leadership potential in their fields. The program operates in more than 155 countries worldwide.

DAAD is the German Academic Exchange Service, a national agency for the support of international academic cooperation. It offers programs and funding for American and Canadian students, faculty, researchers, and others in higher education to study in Germany.

“Cross-cultural exchange is at the heart of both the Fulbright and the DAAD programs, and these students will be wonderful cultural ambassadors,” says Jessica Smolin, Dartmouth’s assistant dean for scholarship advising.

Smolin encourages undergraduates and recent graduates to consider international scholarships like these. “Fulbright and DAAD are extraordinary opportunities because they are so multidimensional,” she says. “Whatever your field—whether the arts, sciences, humanities, social sciences—and whatever country you’re interested in, if you’re committed to cultural exchange and are passionate about your project, there may be a fellowship that’s right for you.” The preliminary deadline for next year’s Fulbrights is July 1.

The following students have won Fulbright or DAAD fellowships. 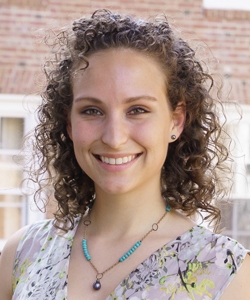 An anthropology major modified with Arabic—which she “decided to study as a first-year student to fulfill my language requirement and fell in love with”—Estelle has participated in foreign study programs in Tangier and Fez, Morocco, and completed an internship at the University of Kuwait. “I hadn’t been out of the country before, and I never expected to get so close to a place that I barely knew anything about before I came to Dartmouth,” she says. She manages and competes with the varsity equestrian team, works as a tutor through the Student Center for Research, Writing, and Information Technology (RWIT), and is a student assistant at Rauner Special Collections Library. Of the Fulbright opportunity, she says she hopes to further cultural understanding between Americans and Moroccans. “I’m so grateful to have the opportunity.” 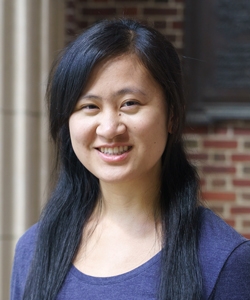 Jing, a biology major modified with anthropology, moved to California from China when she was 6. “I felt that the more time passed, the more China was changing, and the less I knew about it. After Dartmouth, I’m better equipped to understand those changes and begin to apply what I’ve learned to addressing problems there.” Her Fulbright project will focus on mental health, a subject she says is “still very stigmatized in China, while cases of mental illness are growing.” Jing works in the lab of Geisel School of Medicine Professor Surachai Supattapone and sings with the Handel Society of Dartmouth College and The Sing Dynasty. Of the Fulbright, she says, “It carries a lot of responsibility, because I’m representing the U.S., Dartmouth, and the Chinese-American community here, too, in a way. It’s a huge honor.” 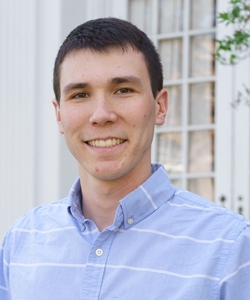 A first-generation college student, Keehn came to Dartmouth with the goal of “trying lots of new things.” A first-year Chinese course led him to major in Chinese language and literature. He traveled abroad for the first time on the language study abroad program in Beijing. Through the Tucker Foundation, he has worked with the Student Enrichment at Dartmouth (SEAD) program and served as a student director of Language in Motion and of Leadership Program Development. He fences with the club fencing team. Of the Fulbright opportunity, he says, “Growing up I didn’t really have access to other cultures, so being able to share these experiences has been so exciting—and I’m excited to be able to help Taiwanese students become more proficient in English.” 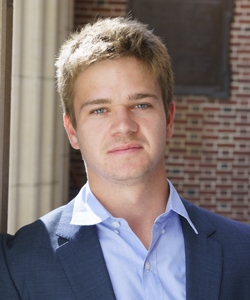 A romance languages major concentrating in Spanish and Portuguese, Levine plans to become a doctor—but is deferring his acceptance to the Icahn School of Medicine at Mount Sinai to pursue the Fulbright. Levine, who has served as president of the Dartmouth Rugby Club, a Dartmouth Outing Club Trip leader, a member of the Student and Presidential Committee on Sexual Assault, and a mentor through Big Brothers Big Sisters, discovered teaching during a term in the Marshall Islands—an experience he describes as life changing. He says, “I love to teach and I’m passionate about it. I’m excited to take this year to step away from being a student before going back to school again.” 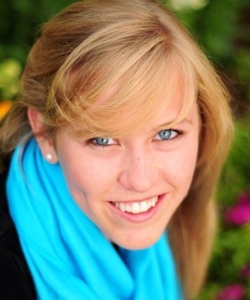 Nye, who graduated with a major in history and Middle Eastern studies, says receiving a Fulbright “is a huge honor.” She plans to study Turkish language and immerse herself in studying cultural exchange through trade in the archives of the Ottoman Empire. Nye is currently completing a master’s degree in economic history at Cambridge University, and is looking forward to using her time in Turkey as a bridge to future doctoral work. Nye was also awarded a DAAD grant, but plans to pursue her Fulbright project, as it has “more direct relevancy to my intended PhD work.” She adds, “I want to thank Dartmouth’s scholarship advising office—they were very helpful during the application process.” 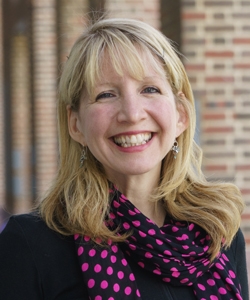 Rossier, who is pursuing a master’s of liberal studies (MALS) degree at Dartmouth with a concentration in creative writing, trained and worked as a performance artist in New York City and Los Angeles. An advocate for bringing the arts to children, Rossier created cross-genre writing and performance curriculum for the All Children’s Theatre in Providence, R.I., where she taught for many years. In 2013 she earned an MFA in creative writing from Vermont College of the Fine Arts, through which she first visited Slovenia. Through Fulbright, she plans to complete a collection of essays exploring the intimate and political paradoxes of freedom in a country “that finds itself on the high-wire between antiquity and modernity, East and West, conformity and unrelenting freedom.” Of the award, she says, “I’m stunned really, but thrilled and committed to my project. The arts are a way to create an open dialogue that can break down barriers between countries and people.” 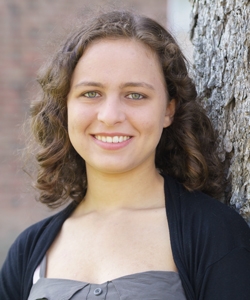 A double major in neuroscience and romance languages, Salholz-Hillel plans to use the Fulbright to pursue advanced study in the neuroscience of decision-making. At Dartmouth, Salholz-Hillel has worked in several cognitive neuroscience labs. She has also served as vice president and co-president of the German Club and participated in the French Club. She is the undergraduate adviser for La Casa, the Spanish language residence, and a drill instructor for French and Spanish. She has also participated in the Rockefeller Global Leadership Program and the Office of Pluralism and Leadership’s Diversity Peer Leadership Program, and is a Dean’s Office Student Consultant and a peer ambassador for the Center for Professional Development. Of the Fulbright, Salholz-Hillel says that in addition to the opportunity to continue study in her field, “It’s an honor to be chosen as a cultural ambassador as well.” 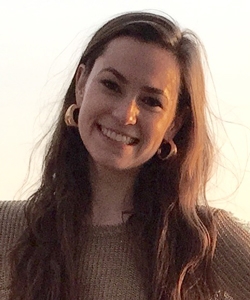 Travers will use her Fulbright to study the civic impact of sustainable agricultural cooperatives across Morocco that produce traditional commodities such as saffron and salt. At Dartmouth, Travers studied anthropology and history, was president of the Class of 2013, and competed nationally as a member of the SoulScribes slam poetry team. After graduation, she used a Reynolds Scholarship to undertake management-consulting projects with women-owned companies in Lebanon and Oman. She is currently working as a speechwriting intern at the White House in the Office of the Vice President. “The mission of the Fulbright is to cultivate collaboration, dialogue, and mutual understanding between countries,” she says. “I’ve always dreamed of being able to contribute to that.”

Wenner, who works at the Aspen Institute’s Program on Philanthropy and Social Innovation, plans to study market-based solutions to poverty reduction and employment generation in Bulgaria, including approaches such as impact investing. In particular, the research will focus on the country’s agricultural sector. He says that without Fulbright, “I don’t know when I ever would be able to ask these questions in a way that begins at the community level. It affords me the ability to get closer to the issues I care about than I ever could have imagined.”

Wing majored in history modified with environmental studies, earth sciences, and African and African American Studies. A Great Issues Scholar; member of the varsity equestrian and club fencing and cricket teams, Green Key Society; and an undergraduate adviser and Deans Office student consultant, he received a Stefansson Fellowship to study the effects of climate change on indigenous communities in the Arctic and a Lombard Public Service Fellowship. He chaired the Dartmouth Council on Climate Change, represented the United States as a U.S. Youth Delegate to the first United Nations Global Youth Summit in Costa Rica, and interned at the U.S. Mission to the United Nations in Geneva and at the U.S. Embassy in Paris. “The European Union particularly interests me because they have a head start in terms of their approach to climate change and sustainability,” Wing says. “I’m immensely grateful to the DAAD and to all those who have supported me.” In addition to the DAAD, Wing has also received a Reynolds Scholarship to pursue a master’s of science program in environmental change and management at Oxford University.

For more information on these and other scholarship opportunities, see Dartmouth’s National Scholarships/Fellowships website.