Alumni to Compete in the Summer Olympics in Rio

The summer games begin on Aug. 5. 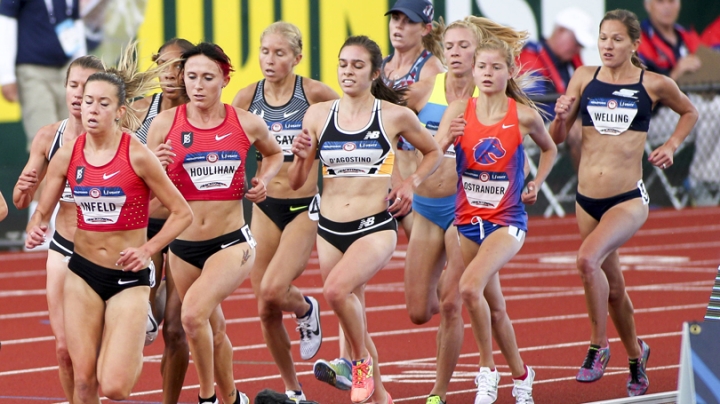 The most decorated athlete in Ivy League history in any sport, Abbey D’Agostino ’14 will compete in the 5000-meter race. (Photo courtesy of Dartmouth Athletics)
7/12/2016
Body

Dartmouth will see a number of alumni competing in the games of the XXXI Olympiad in Rio de Janeiro, Brazil, which begins Aug. 5.

Several former College athletes, including runner Ben True ’08 and high jumper Kaitlin Whitehorn ’16, competed for Olympic berths but fell short of the mark. Shot putter Adam Nelson ’97, who won Olympic gold in 2004, failed in his attempt to compete in a fourth Olympics.

The College will also have representation on the media side, as Rob Simmelkjaer ’93 will reprise his role as studio host on MSNBC. Simmelkjaer served in the same role during the 2012 Summer Olympics. He is senior vice president of NBC Sports Ventures.

Here’s the lineup of athletes who will take part in the summer games:

Abbey D’Agostino ’14 will go to Rio to run in the 5000-meter race. She finished fifth in the event in Olympic trials in Eugene, Ore., on July 10, seemingly out of the money for Rio, as the top three finishers go to the Olympics. But then the first- and fourth-place finishers chose to run in other events in Rio, clearing the way for D’Agostino to go to the games. The most decorated athlete in Ivy League history in any sport, D’Agostino missed qualifying for the games four years ago by less than a second.

Anthony Fahden ’08 will return to the Olympics on the lightweight four crew team. He competed in the 2012 games, finishing in eighth place. He qualified for the Rio games in June, finishing third at the 2016 World Rowing Cup in Varese, Italy.

Madison Hughes ’15 became captain of the U.S. Eagles Sevens rugby team while a senior at Dartmouth. His team finished first at the 2015 North America Caribbean Rugby Association Sevens championship, earning a spot in the 2016 Rio games. The man who recruited Hughes to Dartmouth rugby, Alex Magleby ’00, will work in Rio as performance director for the U.S. team.

Dong Seon Kim ’12 will compete for South Korea in dressage. Kim earned a gold medal in team dressage and a silver medal in individual dressage at the 2104 Asian Games. At the 2006 Asian games, Kim was the youngest member of the Korean dressage team that won gold at the event.

Alexi Pappas ’12 is among the fastest seven or so American women in the 5K and 10K, and will run for Greece in Rio in the 10K. Pappas, who has dual Greek and American citizenship, created and acted in the semi-autobiographical movie, Tracktown, about a middle-distance runner. She set the Greek national record in the 10K on May 1, and is ranked 46 in the world in the 10K.

Anthony Romaniw ’13 will run for Canada in the 800-meter. He was a member of the Canadian team at the 2015 Pan Am Games in Toronto. Romaniw graduated from the University of Guelph after transferring from Dartmouth College in his second year.

Evelyn Stevens ’05 is part of the USA Cycling team headed for Rio. A former Dartmouth tennis player, Stevens placed 24th in the cycling road race at the 2012 London Olympics, 27 seconds behind the gold medal winner. She left a career on Wall Street to pursue a pro cycling career. 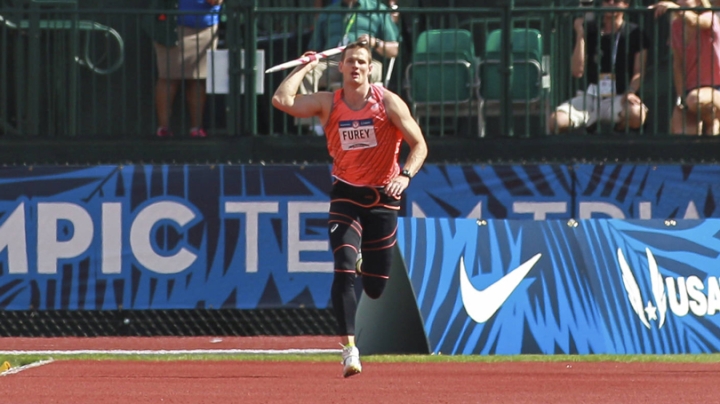 Sean Furey ’04, Thayer ’05 and ’06, is headed back to the Olympics in the javelin after competing in the event final at the U.S. Olympic Trials. (Photo courtesy of Dartmouth Athletics)
Written by
Susan J. Boutwell
Share this
FacebookTwitterEmail
Quoted
Quote