Tracing the Roots of Africa’s Many Indigenous Religions 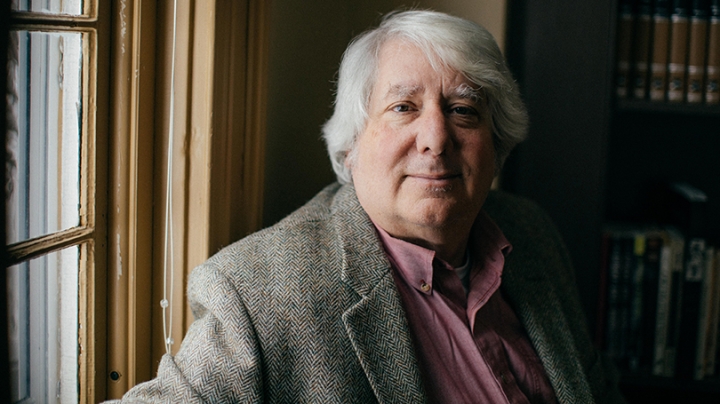 Associate Professor Robert Baum is about to embark on a huge undertaking: writing “the first continent-wide history of African religion, with a focus on indigenous religions.” (Photo by Robert Gill)
2/26/2017
Body

For over 40 years, Associate Professor Robert Baum has shuttled between the U.S. and West Africa, learning and writing about religious prophets in rural southern Senegal. Now, with a senior faculty grant and a Wilson Faculty Research Fellowship, he will embark on a huge undertaking: writing the first continent-wide history of African religion, with a focus on indigenous religions.

Baum, who holds a joint appointment in the Department of Religion and the African and African American Studies Program and is an affiliate of Women, Gender, and Sexuality Studies, will begin his project by reading archaeological studies—data that may go back 30,000 years concerning religious sites. He will also be looking at ancient Egypt in an African rather than a Mediterranean context. “I’ll also study the impact of Islam, the Atlantic slave trade, and the arrival of Christian missionaries,” he says. The fellowships will support his travels in Africa, enabling him to observe contemporary spiritual practices with ancient roots. “Given that human beings began in Africa,” he says, “it’s quite possible that the earliest evidence we have of religion exists in Africa as well.”

Western Africa is in many ways a second home for Baum. In 1974, after graduating from Wesleyan University, he traveled to Kadjinol, a village in southern Senegal, to study the Diola ethnic group. “I hired a man close to my age to teach me a southern dialect, and at the end of three weeks he asked me to move in with his family,” says Baum.

“Another member of the family—a cousin—was leaving the village to go back to school, and I bought a bottle of home-made rum to send him on his way,” Baum recalls. His host was touched by the gesture. “He said, what’s yours is mine and what’s mine is yours, and from now on you are part of our family.”

Eventually, Baum says, the entire community welcomed him as one of their own, but only after he did a sacred dance. “I put on a turban and robes, and the old ladies threw scarves at me and said, ‘Now you’re Diola.’”

Baum is interested in how the pressure to convert to Christianity has historically come into conflict with the Diola’s indigenous religion, awasena. “Many converts,” he has written in Africa: The Journal of the International African Institute, “still find that Christianity has not met their religious needs,” so they reconvert to awasena.

Baum’s latest book, West Africa’s Women of God: Alinesitoué and the Diola Prophetic Tradition (Indiana University Press, 2015), is about a modern female prophet who claimed to have communicated with the supreme being, Emitai.  Alinesitoué, Baum writes, “reminded the Diola of the nature of their religious path, the most spiritually powerful method of agriculture within Diola land, and the importance of community-based ritual to sustain communication with Emitai.”

Deemed a threat by French colonial authorities, Alinesitoué was imprisoned in 1943 and died of scurvy the following year. That was almost 30 years before Baum arrived in Senegal, but he has interviewed contemporary female prophets who say they have also been told by Emitai how to sustain life in their community, which relies heavily on growing rice in their drought-prone region.

Baum says that, as a man, he had to earn the trust of Diola women prophets and priests. For example, one priest wouldn’t speak with him about fertility rites because he had never borne a child.  In the 1990s, another prophet insisted that in order to interview her, he had to wear traditional clothing, and he wasn’t allowed to bring a notebook or a tape recorder. But even this onetime traditionalist is beginning to accept some western influences. “She has a cell phone now,” says Baum.

Openness to innovation—including the creation of new religious rituals—is, Baum thinks, one reason the Diola have been able to maintain and adapt their belief system in the face of colonization. His first book, Shrines of the Slave Trade, Diola Religion and Society in Pre-Colonial Senegambia (Oxford University Press, 1999) shows how Diola community leaders used religious shrines and priesthoods to regulate the slave trade. It won an American Academy of Religion award in 2000 for the best first book in the history of religions.

In his next book, Baum hopes to expand upon what he has learned by living with the Diola as he studies and explores other parts of Africa. “I’m interested in the innovative qualities of traditional societies,” he says. “There’s much more suppleness and adaptive capacity than people think.”