Study: Stress Can Jeopardize Health of Mothers and Children 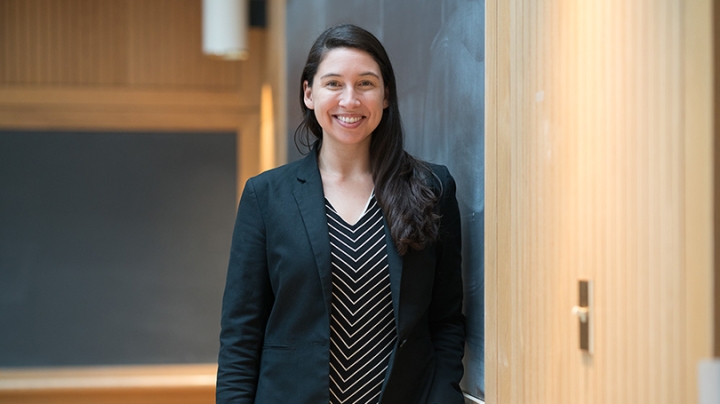 Zaneta Thayer ’08 is concerned about stress, though not her own. As a biological anthropologist, she studies how stress shapes patterns of human biology and health.

“The thing I focus on most is the social environment, how factors such as poverty and racial discrimination can impact human biology and, in turn, shape health,” says Thayer, an assistant professor of anthropology.

“I grew up on a small farm in Northern California, near a town of 2,000,” she says. “Hanover was the biggest town I had ever lived in, and Dartmouth was completely different from anything I’d ever known.”

Thayer says she chose Dartmouth for two reasons: its anthropology department and, “I wanted to go to New Zealand.” It was through the Foreign Study Program that she made her first visit to New Zealand.

After Dartmouth, Thayer went to graduate school at Northwestern University, returning to New Zealand for her PhD dissertation research in 2011. Her research involved studying a group of 64 pregnant women in Auckland. She asked about many aspects of their lives, such as social support, job stress, and immigration status, and collected biological samples from mothers and later their infants using noninvasive techniques she calls “field friendly.” This involves the use of cheek swabs and collecting saliva and hair samples, and enabled her to measure hormone levels and epigenetic changes—how a gene is expressed—in order to see how they related to the maternal stress experience.

After earning her PhD, she worked as an assistant professor of anthropology at the University of Colorado Denver, where she embarked on a research project—similar to her New Zealand study—among a Native American population. Thayer collaborated with the Centers for American Indian and Alaska Native Health at the university. She used questionnaires that asked about early life experiences, including trauma and boarding school attendance, and related that to metabolic and immune measurements collected in adulthood.

At Dartmouth, she is working on a larger group study with a hospital in Auckland to collect more biological samples. Seven thousand pregnant women were recruited, and a five-year follow up with over 5,000 children has been completed.

“Many of these women don’t necessarily get prenatal care, so the recruiting team had to go outside of the clinics. They were creative, looking for pregnant women in places like shopping malls.”

She says that when people see adults with chronic diseases, they often blame the individuals’ behavior, just as it is often assumed that people are overweight simply because they eat too much or they drink too much. While these can, of course, be factors, Thayer’s research suggests that early-life and even prenatal experiences can shape a predisposition for developing chronic disease in adulthood.

“From an intervention perspective, instead of just focusing on the individual and blaming them for their poor health behaviors, we should also be thinking about improving quality of life in childhood if we want to avoid the development of adverse outcomes in adulthood.”