Dartmouth Offers Admission to an ‘Exceptional’ Class of 2024 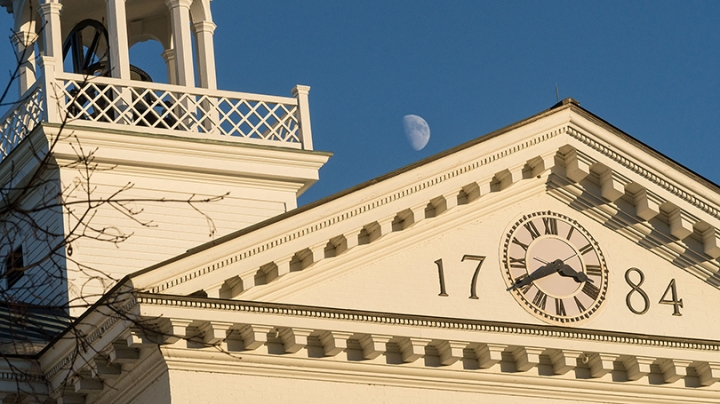 Dartmouth has offered admission to 1,881 applicants to the Class of 2024, Lee Coffin, vice provost for enrollment and dean of admissions and financial aid, announced today as decisions were released at 7 p.m. The acceptance rate of 8.8 percent is the third lowest in Dartmouth history.

The news is a reminder that the ordinary cycle of the academic year continues, even in extraordinary times, which have seen Dartmouth—like other colleges and universities in the country—shift to remote classes during the spring term in response to the COVID-19 pandemic.

But there is nothing ordinary about these prospective new members of the Dartmouth community, Coffin says. “This is an exceptional group of students—as talented, motivated, curious, and engaged as any Dartmouth has ever admitted. They make me optimistic about the future.”

The admitted students—who come from all 50 states and 71 countries—were selected from a pool of 21,394 applicants. Those offered admission are academic high achievers. When ranked, 96% are in the top 10% of their high school class. They have average scores of 1501 on the SAT and 33 on the ACT, tying last year’s record highs.

The prospective class includes 62% who applied for financial aid and 17% who are projected to be eligible for Pell grants, federal awards offered to students from the lowest socioeconomic quartile.

“The socioeconomic diversity of this cohort is remarkable,” notes Dino Koff, director of financial aid. Preliminary estimates reflect $46 million in scholarship offers to nearly half of the admitted class for an average scholarship of $55,600.

“That figure is phenomenal,” Coffin added.

The total number of admitted students includes 97 who were offered admission through the college’s partnership with QuestBridge, a national access organization that connects high-achieving, low-income students from across the country with educational opportunities at 42 colleges and universities.

“The global signature of the ’24s is strong,” Coffin says.

Because of Dartmouth’s response to COVID-19, Dimensions will not be held on campus this year, Coffin says. “We may not be hosting a traditional Dimensions program on campus, but we are planning extensive digital outreach to preserve as much of Dimensions as we can, as well as a Facebook group for the class and other online resources,” he says.

“We want to make sure students and their families have all the information they need to make their decision.”

As usual, the reply deadline for enrollments in May 1 for a projected class of 1,150 students in September.